“BECAUSE there’s no formal data science education to speak of, you can learn the skills yourself and transition your way in, step by step,” explains Edd Webster.

He’s living proof of this, having gone from a chemistry degree to working in the data departments of both Manchester City and West Ham, with a year in Peru sandwiched in between. Now he’s working as a data scientist for LEGO and admits, “I’ve not worked anywhere with so much data, or in a team so big.”

His CV, which was created in LEGO style (as you can see at the bottom of the page), must be unique - and he’s only just turned 31. This experience enables him to deliver crystal-clear insights on:

Webster’s first job after University (he did both a degree and Masters in chemistry) was as a business analyst at a lighting company, before his data science epiphany arrived in Peru.

“I’d been there when I was 18 for 10 weeks and made a lot of friends,” he explains. “So I wanted to go back and learn Spanish. Originally it was a holiday, but soon I realised I wanted to quit my job and ended up staying for a year.

“I worked for a travel company (Peru Hop) in Lima and this was the catalyst for me professionally. At that stage I couldn’t code or work with SQL databases but I was told, ‘Here’s the data. We need someone to look at it. If you can, go ahead.’"

This was his first experience of working with Big Data, because the company had six figures worth of customers.

“I’ve got a strong connections with the country now. My partner’s Peruvian, I go twice a year and am a fan of the football team, the food, the culture... everything."

From then on he endeavoured to “upskill” himself, both in and out of work.

“I was teaching myself how to code in Python and to use visualisation tools like Tableau. Python is a general purpose language, so you can use it for data analysis and building web apps and lots of other things."

He remains particularly grateful to the Friends of Tracking initiative, led by David Sumpter from Uppsala University, which had a mission of “educating and inspiring” anyone interested in football analytics. This was certainly the case with Webster, who was hooked on YouTube tutorials from the likes of Will Spearman, Liverpool's Lead Data Scientist at Liverpool, and Laurie Shaw, now Head of Data Science at Manchester City.

“I credit a lot to Friends of Tracking,” he admits. “I was obsessed with that channel and every free moment I had I was working on their projects. The people that came together, I don’t know if that will ever happen again.

In April 2020, Webster - who will be delivering an SQL Masterclass for TGG on October 25th - got the move into football he'd coveted. It was working at Manchester City, like Shaw; though in the commercial rather than the football department.

“They were advertising and the skills that I’d taught myself were the ones on the job description,” he explains. “I was doing a lot of stuff off the pitch - data-driven analysis about whether they can expand their stadium and looking at the fanbase, because City is growing as a global group.” 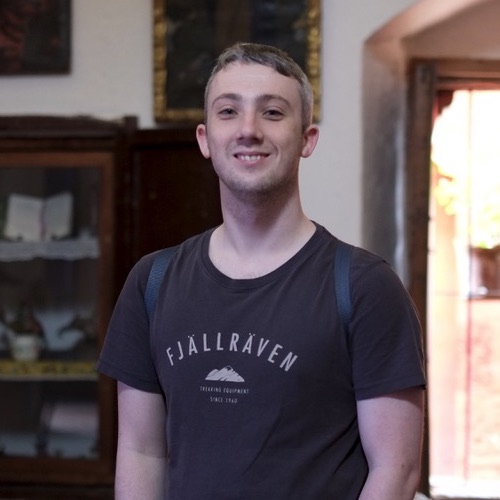 “I don’t think there’s another club that has the resources and infrastructure that City do and it's so well managed,” Webster says. “Brian worked with Bolton (as Head of Performance Analysis) and left to work in Tableau with the Information Lab.

"Now he has those two skillsets, with a good understanding of what it’s like to bring a data culture to an organisation. They have the visualisation team with Ravi (Mistry) and I don’t think any team had done that before. Loads of clubs use Tableau, so it makes so much sense to have done that.

“What Ravi, a data visualisation expert, can do compared to say Will Spearman is totally different. Will isn’t making dashboards, he’s building models, while Ravi is building tools that people who aren’t data users can understand.

"That was a really smart move by City and I think other clubs will follow that. At the moment you’ve got Heads of Recruitment making Tableau dashboards, which is good, but you have people with that skillset who can make really good use of it.”

In October 2021, Webster moved to another Premier League club when he was appointed Senior Data Manager with West Ham.

“West Ham wanted to do a lot of analysis about their stadium. The project was around assessing whether the expansion of the stadium would be beneficial long-term, which it will be.

"Then it was about looking at how you can make the fan experience in the stadium better and bring new fans in - a lot of effort was going into that."

It’s fair to say that West Ham are some way behind the likes of Manchester City when it comes to data science on the football side. In fact they don't have a dedicated data scientist in the football department.

Webster thinks this will change following the arrival of Czech billionaire Daniel Kretinsky as a Director and 27% shareholder in the club in November last year. “He has a lot of data-driven companies. Once owners see the impact that data can make in their other companies then they bring it into football.”

This brings us onto something else that Webster is passionate about - the need for more clarity about data within football clubs.

“Sometimes the people that are asking the questions don’t know all the things they need,” he says. “The job ad might say data scientist, but in reality it’s data scientist, data analyst and data engineer rolled into one. If you want to create something sustainable you need to better compartmentalise the roles.”

After all, these three roles have “different skillsets, different responsibilities and different pay grades”. Here he provides a little glossary:

Liverpool and Manchester City are the market leaders in terms of the staffing and structure of their data departments, but others are making strides too.

“Aston Villa have gone from having few data people to having Frederik Leth (Head of Research) and Arjav Trivedi (Lead Data Scientist and Engineer) and they were recently advertising for a data engineer too. Sunderland have these roles as well and were way ahead for League One last season when it came to data.

“I think Manchester United said they were going to hire a data scientist two years ago but this was shelved and then they hired Dominic (Jordan, as Director of Data Science). They are making the hires but we are yet to see the wider team.

“It is a long-term strategy. You will get an impact within two years but not in two weeks.”

As well as needing to be clearer on roles and structures, clubs also need to make sure they are hiring the right people. Jordan is a good example, because he arrived with industry experience from retailer N Brown Group, where he Director of Data Science and Analytics.

“To get the really good data scientists in football you need to pay them, because they will get twice as much in another industry and three times as much in finance,” Webster explains.

“The underlying principles in the models are the same. The logic to building an expected goals model is the same as in building a model to tell if an email is spam or not.

“The problem is that this is a role at football clubs that loads of people want to do. They will come out of Uni and work for nothing. Clubs will go for them and not hire the people who do have that experience. I hope that changes, because then you will get the real talent.”

When you consider the wages that are paid to Premier League players, as well as the impact that good data science can have (as Liverpool have shown with their recruitment, for example) it does seem strange that some clubs are not willing to do this.

“Certain players, two weeks of their wages would pay for a data department for a year,” Webster says. “Or, to look at it another way, a good signing that was identified or informed by data could save a club millions and pay for a department many times over.”

In April this year Webster got the opportunity to work with another iconic brand that's loved by millions: LEGO.

“We’d done the big piece in terms of the stadium expansion at West Ham. That went right to the owners and Karren Brady and was signed off by them. I was managing a data team there but not necessarily doing lots of data science and modelling and realised that’s what I wanted to do.

"I realised I needed to leave football and develop my skillsets at this stage.”

He is based in London and works within Lego's marketing effectiveness team.

“We are trying to make Lego as a business more data-driven and to use all the data at our disposal,” he explains. “There's so much data, from the manufacture of the bricks themselves to customer behaviours.

"My job is about looking at how we can improve the customer experience and make LEGO available to even more people. We work outside classic marketing - it’s about trying to quantify and understand behaviours and products.

"So the strengths of certain products, the predictive buying habits of customers, how much Lego should be produced and whether we have enough in stores. And if we bring out a new product, how successful do you think it might be?”

Again, there's a lot that football could learn.

“There are 20 data scientists here. Then you have retail data analytics, data developers. There are so many people I am still trying to intro myself to. That’s where football clubs could really learn from other industries - in terms of having those structures and roles.”

You can see Edd's open-source work, inspired by the Friends of Tracking Initiative, HERE.