Do clubs need a pain coach?

Stace has worked with clubs including Watford

RICHMOND STACE admits that most players come to him as a last resort.

“By the time people come to see me, they might have been to 20 or 30 different specialists, clinicians and therapists,” he tells TGG.

“Often, I’m seen as the last-chance saloon. Clubs have contacted me to work with a particular player they’ve struggled to help. After multiple investigations, they're not displaying any tangible problem and there's a lot of frustration.”

Stace is a pain coach - a role you won’t find in any of our staff profiles on the site. He focuses on the treatment of chronic pain - ie pain that persists beyond the expected healing times of illness or injury.

While Stace says football medical teams are “brilliant" at dealing with short-term acute pain, which can be resolved with treatment and healing, it is his contention that “generally they don’t have the skills to deal with persistent chronic pain.”

This isn't a criticism of football in particular: society in general doesn’t seem very good at dealing with chronic pain, which is estimated to affect between a third and half of the UK population.

It's a big deal though, because it can prevent players from training or playing and impact their physical and mental wellbeing. The response to chronic pain in football has tended to be threefold: for the player to grit their teeth and deal with it; to take painkillers and anti-inflammatories (which former Fifa chief medical officer Jiri Dvorak has described as “a bigger threat in the longer term than doping”); or, as a final resort, to have surgery. 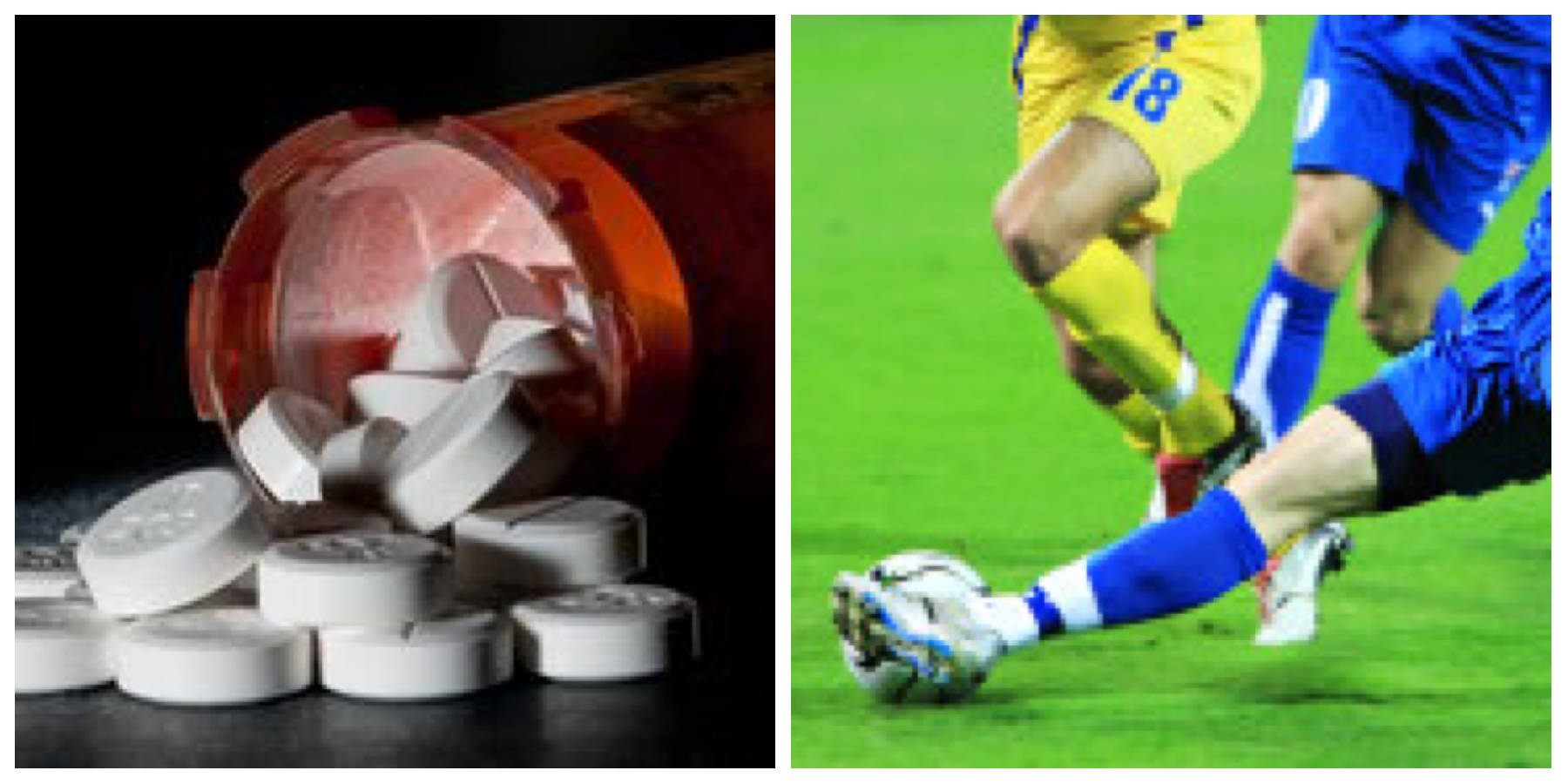 There are doubts as to how effective any of these measures are in the long term though. The grit your teeth approach can lead to increased heart rate, blood pressure and respiration, as well as feelings of shame, anxiety and guilt, creating a vicious cycle in which pain is actually exacerbated.

Aspirin and other anti-inflammatory drugs “are useful for acute pain,” according to Vania Apkarian, Professor of physiology, anaesthesiology and physical medicine and rehabilitation at Chicago's Northwestern University, but “whether they do anything for chronic pain is highly questionable.”

As for invasive surgery, a 2018 review of 25 clinical trials found this to be no more effective in treating chronic pain than “sham surgery”.

So, perhaps a new approach is required, especially when research is increasingly suggesting that pain is a mental and emotional as well as a biological construct.

A new approach to pain

Stace admits his approach, which involves "creating a safe space for the person" and giving "guidance, advice and encouragement", can sound “quite grey and soft skills” and attract scepticism, especially in elite sport, but there is an increasing body of research backing it up.

Apkarian's research highlights the brain as the "instigator and governor" of chronic pain, while Andrew Tan, Associate Director at the Yale Center for Neuroscience and Regeneration Research, has said: “There’s lots of literature suggesting pain and memory are related."

“You’re locking in this information, long-term, hard-wired in," he said. "We don’t know as much in the spinal cord (as in the brain), but evidence from our work and others in more recent years show that the spinal cord is also important in abnormal pain processing.”

Stace, who trained as a nurse, has a degree in sports science and rehabilitation, a masters in pain science and is a chartered physiotherapist, explains: "The relationship between chronic pain and injury is poor.

"The relationship between pain and how the person is and their past experience is much closer.

"Often the pain does start with some kind of injury, but that’s very poorly related to the pain you experience, which is flavoured by past experiences.

"The brain predicts. It makes its best guess about the possible causes of sensory information coming in and weighs that up to come up with the best explanation it can, based on what has happened before.”

Stace, who runs ultra marathons in his spare time, has worked with several clubs, including Watford. Their first-team doctor, Matthew Ogunsanya (below), brought in the pain coach following a recommendation from a practitioner at another club.

“I don’t think pain is something that gets spoken about much in football," Ogunsanya, who joined the Hornets in 2017, told TGG. "There’s an expectation of pain tolerance in elite footballers. Everyone throws their wages at them, but they have an occupational risk. 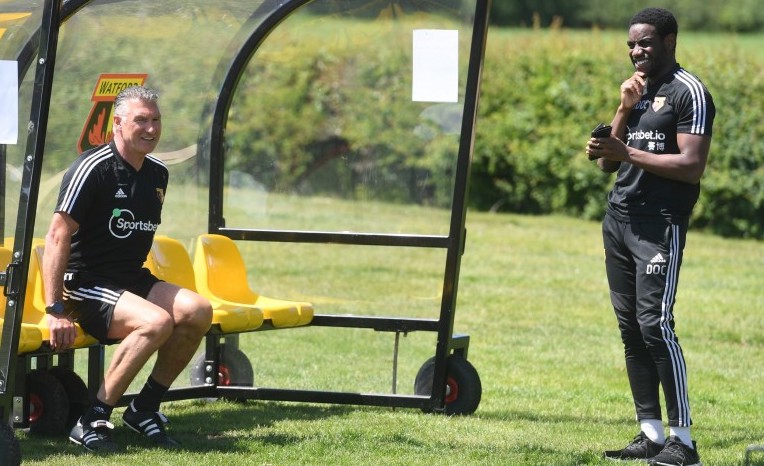 “Pain is a very complex phenomenon that is not 100% understood. What we do know is that pain does not always correlate to the location of injury, nor to the severity.

“In general, elite sport is about solutions and getting from A to B. That’s our mindset. But some things can’t be fixed and managing is a form of treatment, as is empowering the patient.

“The players seemed to respond well to the treatment from Richmond. It was holistic and involved a long consultation, because it’s about getting into the psychology of the player.”

What does a pain coach do?

Stace says his first step with a chronic pain sufferer is “getting to know the person and their story”.

"I want to know where they want to get to and then we work backwards," he adds. "They tell me their story - when they first noticed the pain, whether something happened in training, what’s been happening since and how’s it been impacting their life. How are they coping with it and what strategies are they using that really work?

“I’m looking at why they’re not getting better, because ultimately we’re all designed to heal.”

Because the causes of chronic pain are complex and, in the words of Ogunsanya, "still not 100% understood", there is no single approach to treating it, nor any quick fixes.

"People want quick fixes," Stace says, "but you’re dealing with people’s deepest emotions and fears and their perception. The fixing model is one we’ve all been brought up with but it doesn’t work with chronic pain.”

He says that helping a player to understand the things that are influencing their pain is key, as is guidance, advice and encouragement, before, together, they formulate strategies for change.

In terms of treatment, Stace says: "I always use hands-on. Touch is important as a way of changing how someone feels. I will usually recommend some specific exercises for the player and we often use techniques around breathing and visualisation.” 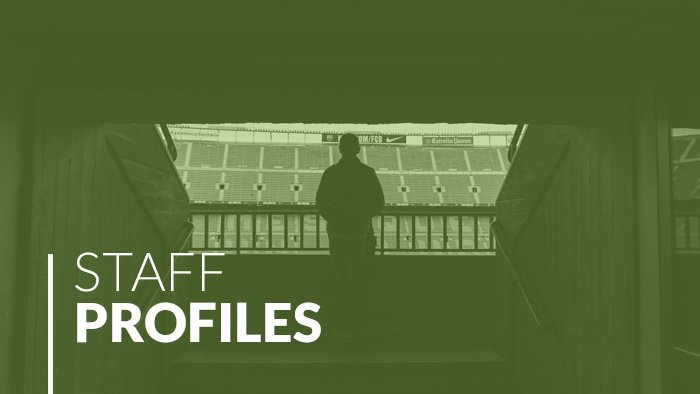 Again, this might sound a bit "grey", but Tan has explained: “With mindfulness, you’re retraining your mind in how you perceive things.

"Theoretically, if your nervous system changes structurally with training, it is possible that the resulting plasticity can modify your perception of pain.”

Ogunsanya says: "Some things can’t be fixed and managing is a form of treatment, as is empowering the patient. I respect what Richmond does and think it will become more common in football. I am a champion of this, although I don’t use it that often.

Maybe the title of pain coach could start appearing in our staff profiles in years to come after all.