Dvorak left Fifa last November after 22 years serving world football’s governing body. Data he collected there showed that almost 50% of participants at World Cups between 1998 and 2014 had taken 'everyday' anti-inflammatory drugs and painkillers during the tournaments.

And data from the 2010 World Cup in South Africa, which was published in the British Journal of Sports Medicine, found that 39% of players had taken a painkilling agent before every game.

Dvorak told the BBC: “From my experience over the last 20 years, the misuse, overuse and abuse of medication considers for me a bigger threat in the long term than doping, which is less prominent in football and team sports.

“We have to make the athletes aware that the potential complications and negative aspects will outweigh the potential benefit during the athletic career. There is not medical justification for the regular and sometimes overuse for the medication. I think we can use the word abuse.

“I am primarily a clinician and for me the health of the athlete is the prime focus. Pain is the warning signal that something is not right. Covering up by non-steroidal anti-inflammatory drugs and painkillers does not make this situation better."

Dvorak had also found that as many of 19% of players at Under-17 tournaments had been taking painkillers, which he described as “more alarming”.

David Walsh, the Sunday Times chief sports writer, agreed: “What we’ve seen over the last number of years is the overmedicalisation of sport. When athletes have a problem with pain or inflammation, it’s not rest but how can we find a way of getting that athlete back into action as quickly as possible.

“If there are drugs that can speed up the process, regardless of their impact on the long term health of the athlete and they are legal, then they are used and overused.

“In terms of painkillers and anti-inflammatories, I would say their use in sport is virtually of epidemic proportions. There’s this pressure to win, winning is everything. There is an almost all-consuming pressure to be on the pitch.”

Overuse of painkillers and anti-inflammatories can have two detrimental effects.

Firstly, they can mean players training and competing when they shouldn't be, exacerbating existing injuries. Former Liverpool and Leeds defender Dominic Matteo had to have spinal surgery two years after retiring in 2009.

He said: "I took painkilling injections to play football when my body was telling me to do otherwise. 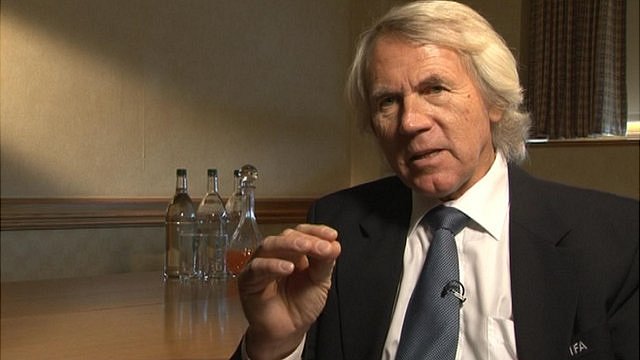 "Even though the operation was a success, I don't think I'll ever be completely fine but hopefully I'll be able to lift my kids again.

"This problem all dates back to when I was at Liverpool and I had injections to play games. Then, after Liverpool, when I was at Leeds nothing changed. I'd get an injection every Saturday just to play."

Secondly, the medication itself can create problems.

Last year, former Bolton striker Ivan Klasnic won a legal case against his doctors at Werder Bremen after successfully arguing their failure to properly diagnose his kidney condition - and the continual use of painkillers - had led to his condition worsening significantly.

“We were having competitions to see how many [painkillers] we could take on the team bus,” he said.