Arsenal have their own DEXA machine, which generates an image like the one on the right

WHEN players report back to their clubs for pre-season, body fat testing will reveal whether they have stuck to their diet and training plans over the summer or not.

Top clubs are hot on these scores. Matt Lovell, consultant nutritionist at Tottenham from 2010 to 2017, revealed: “If a player is testing even a tiny bit higher on body fat, the management will know about it and there will be pressure on the player to get as lean as they possibly can.

“(Assistant) Jesus Perez is the man who will come down and if the fat scores are off, he will be giving the players some serious trouble.”

Crystal Palace’s players returned for testing last Thursday and Scott Guyett, the Head of Sports Science for the last nine years, was pleased their scores were in line with when they left for the summer.

“Years ago, players would come back well above their body fat thresholds,” the Australian tells TGG. “Today, that doesn’t really happen and the players' body fat figures were very similar to what they had been at the end of last season.”

In the distant past, fat was assessed using weighing scales. Then skin fold callipers were introduced. Now, we are in the age of dual-energy x-ray absorptiometry - or DEXA, for short. 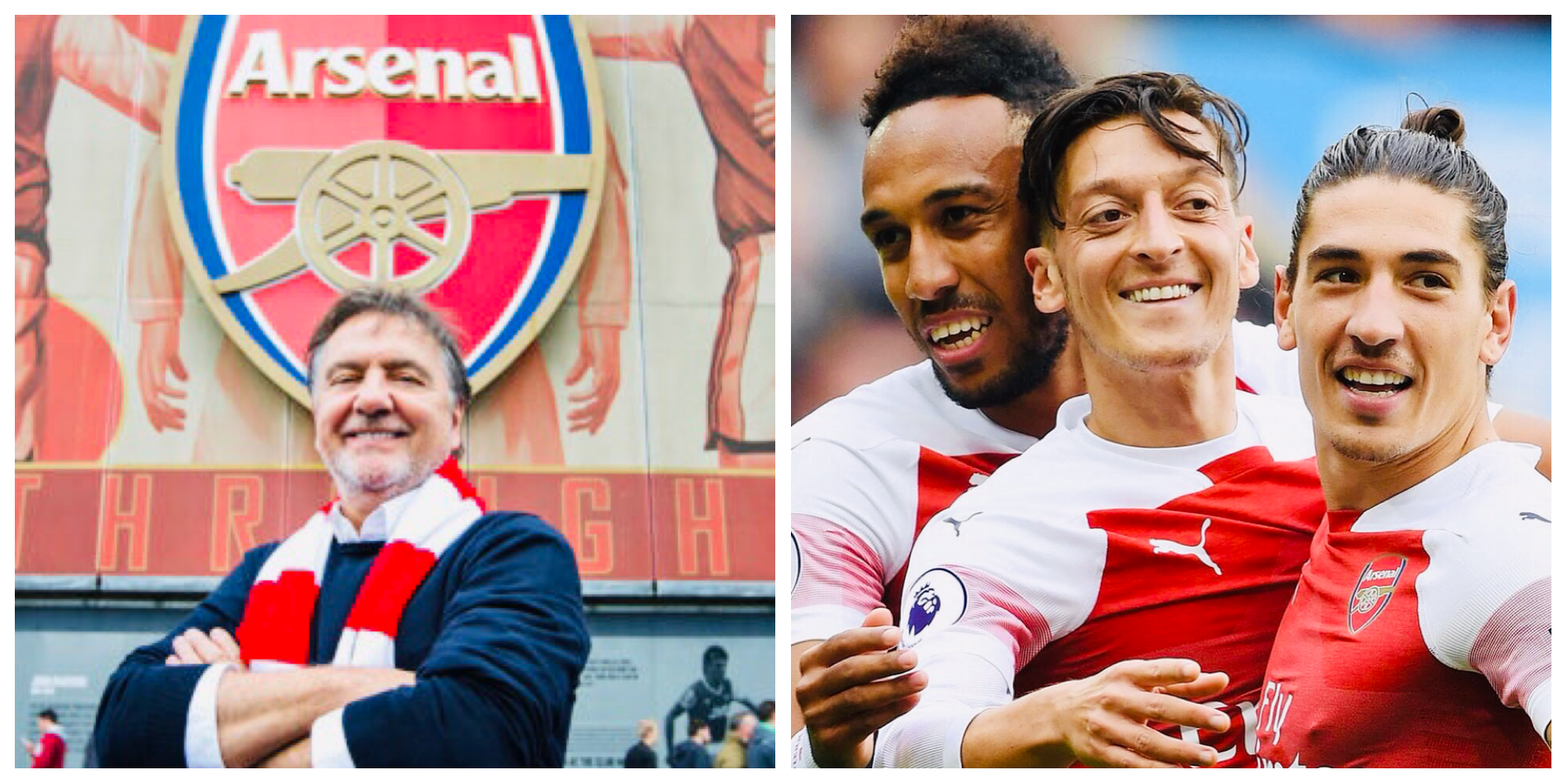 Guyett described DEXA as “the gold standard for assessing overall body fat percentage” and a small handful of the biggest European clubs, such as Arsenal and Barcelona, even have their own machine.

WHAT IS DEXA SCANNING?

Different body components - bone, muscle and fat - block radiation (X-rays) to varying degrees, depending on their density. A DEXA scan administers a very low dose of this radiation, analysed with sophisticated software, to build up a detailed picture of body composition. Unlike skinfold calipers, DEXA’s X-rays see all of a player’s fat – not just the stuff you can pinch.

After lying still for four minutes while a scanning arm passes back and forth overhead, the £100,000 machine delivers a detailed report.

This includes a colour-coded body map, like the one at the top of the page, showing fat, lean mass and bone, together with detailed data for all areas of the body – arms, trunk and spine – with the ability to focus on smaller, user-specified sub-regions. The numbers are precise to a single gram.

Among the raft of data are numbers crucial to players and coaches – body fat percentage, fat mass and lean mass - as well as ratios to show how fat and muscle are distributed around the body.

Until recently, DEXA scanning was the preserve of hospitals and university sports science labs. Then, in 2015, Philip Chant set up Bodyscan, the UK’s only clinic dedicated to measuring body composition using DEXA. He now has two sites in London – one in Marylebone, the other within spitting distance of the Bank of England in the City.

In that time, the firm has carried out scans for more than 7,000 customers which, Chant says, gives Bodyscan "the biggest, best and broadest database of DEXA body scans in the country". Clients range from the very obese to professional athletes.

He tells TGG: “The phrase people use the most at the end of a consultation is 'eye opening’. That’s because DEXA gives such comprehensive, meaningful information, enabling you to focus on the areas that need attention so you can reach your goals faster.

“By segmenting the body into different parts, DEXA allows you to see muscle imbalances and where and how much fat and muscle is being gained or lost in each area. For a coach, that will directly influence training, rehabilitation and strength and conditioning regimens.

“A coach can compare scores between players and set specific targets for individual players. With every subsequent scan you get an automatic comparison and one of DEXA’s biggest strengths is consistency, so you know that a change recorded by DEXA is real.”

Chant suggests that elite teams might scan players every eight weeks in pre-season training, while for the general population, every 12 weeks is more usual. “For a player with professional nutritional support, fat loss should be relatively quick and easy. Gaining muscle mass is a less predictable process and will usually take longer,” says Chant.

HOW DO CLUBS USE THE DATA?

Elite-level football is a sport of repeated high intensity sprints, meaning excess weight can be a burden on performance.

"We use a DEXA machine quite often and use it as a marker of success,” he said. "It’s a very, very good way of influencing or motivating players to stick to those meals.

"We publish the results of the squad in the dressing room and that’s a good motivator. When they are at the bottom of the list or have slipped, then their interest in nutrition suddenly picks up.”

Barry Drust, Professor of Applied Exercise Physiology and Programme Lead at Liverpool John Moores University, believes DEXA, which he has been using for more than a decade, has a wider use than just body fat monitoring though.

“DEXA could be used at the start of pre-season to evaluate the impact of any kind of off-loading on the players' anthropology,” the former England and Liverpool Exercise Scientist tells TGG.

“After any training period, it can then be used to see if the training interventions used have been successful in impacting that initial value. The other thing we’ve used it quite a lot for in the past is for long-term injury, because you get a nice indication of muscle mass in specific areas of the body.

“So it can be used to support the rehab process as an indicator of changes in body composition as a result of return-to-play protocols.

“At the clubs I’ve been involved in, it’s been relatively common to use DEXA with those long-term injured players to evaluate their status as they work towards return to play.

“It’s not easy to get some of those variables from callipers, you get more information with the DEXA.”

Guyett agrees: “We would use DEXA to look at muscle mass and any variations from limb to limb. The main thing we were looking at was lower limb, so muscle mass in the quads for example, any asymmetry between left and right. 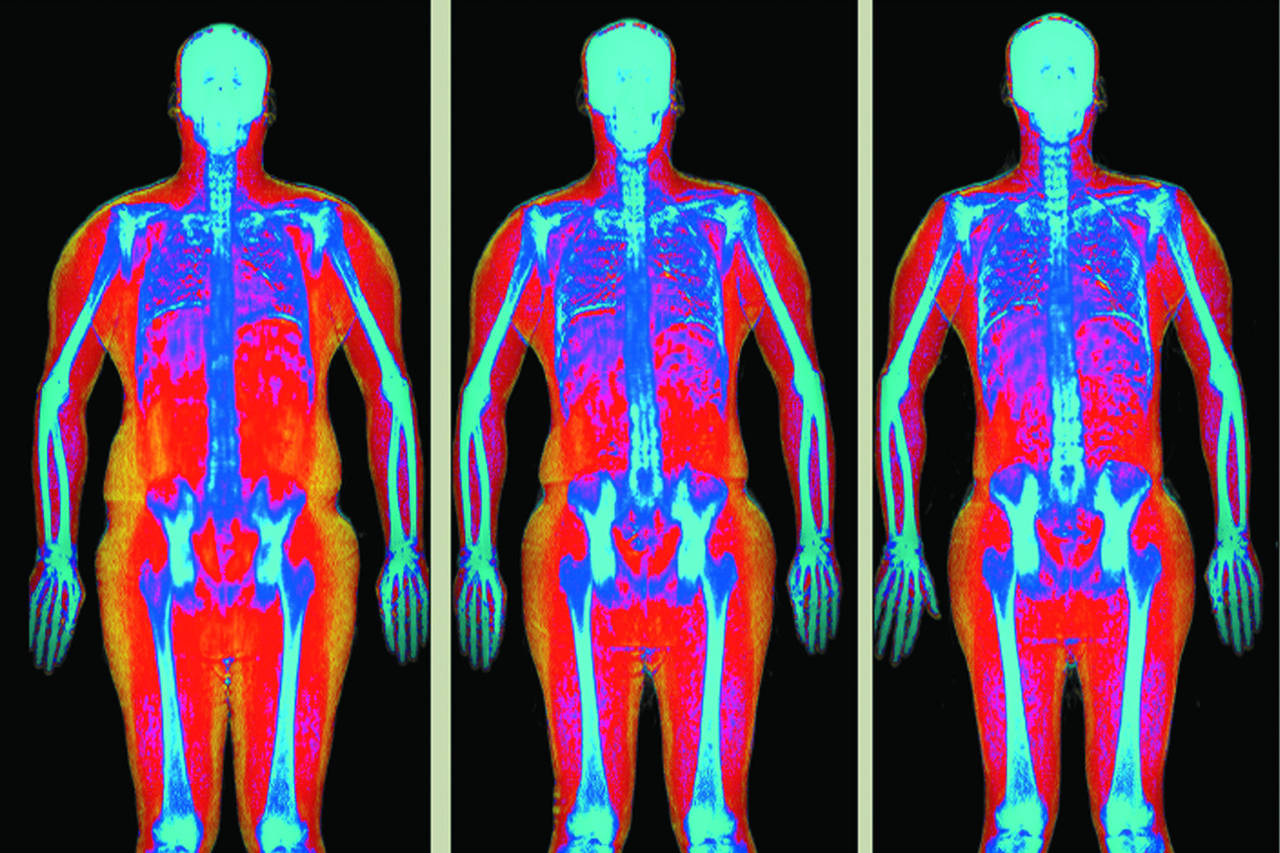 Ashley Jones from Leeds Beckett University, and Ian Varley and Craig Sale from Nottingham Trent, scanned 189 professional footballers as part of a research project presented in 2017. Players were drawn from the Championship and Leagues One and Two.

There was the following breakdown in terms of body composition related to position:

For his PhD, Jones is doing further breakdowns based on factors such as ethnicity and will look at optimal body composition for each position.

"We did it more as a trial in case we picked up any significant injuries, for instance an ACL. If a player was out for nine months, for example, then we could see after six months if we had that muscle mass back.”

In terms of the process, DEXA seems to be the easiest way to measure body composition - the player simply has to lie still for four minutes. However, the biggest advantages are accuracy, precision and consistency.

Drust says: “Because DEXA is a mechanical process, you shouldn't get human error."

Bodyscan’s Chant adds: “If you get three people to do calliper measurements, or if one person does it three times, you’ll get very different answers each time.

"With DEXA, the variation is extremely small, a matter of grams." 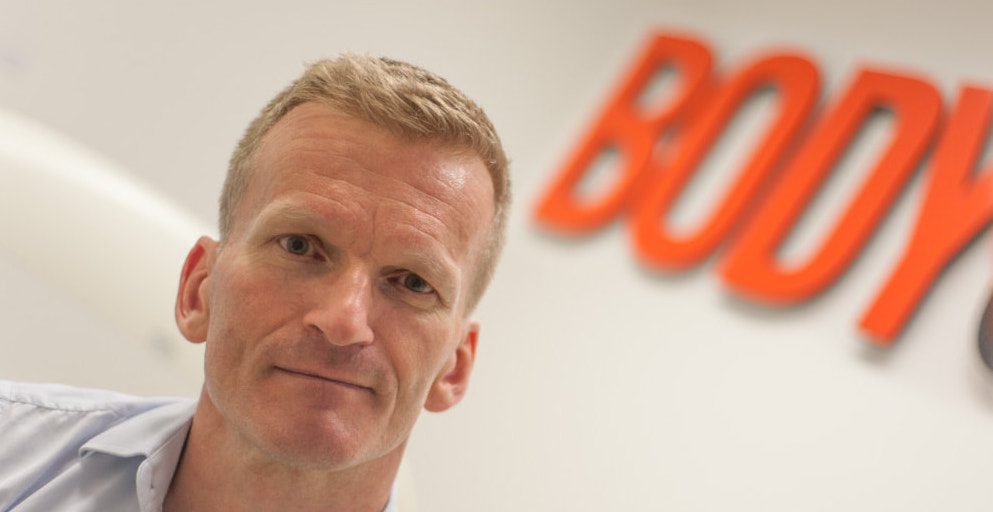 And whereas callipers measure only subcutaneous fat just below the skin surface, DEXA measures all body fat, including intramuscular fat and visceral fat around the organs.

The biggest barrier to DEXA has always been accessibility - whereas callipers can be used at the training ground, clubs have to travel to a machine if they do not have one of their own.

Drust said this should not necessarily be a major problem though.

"If people are organised, timing doesn’t seem like a massive issue,” he says. "Often, clubs will have assessment days in their pre-season schedules, or are doing multiple sessions in a day, so there will be opportunities for them to be scanned.

“We've had situations where players would come individually, or a club would bring six to eight players at once, or bring the squad for the entire day, so our approach is to be flexible and fit in with what the organisation needs.”