RICHARD ALLISON is a former Royal Marine Commando who has been Arsenal's Head of Nutrition since July 2017.

In a fascinating interview for Scott Baptie's Food For Fitness Podcast, Allison lifted the lid on Arsenal's nutrition programme, which includes collagen shots, DEXA scans and the input of world-renowned chef Raymond Blanc.

There are also quotes from Arsenal's Director of Performance, Darren Burgess, from an interview with Optus Sport.

Darren Burgess: Arsene Wenger was very much a foodie. About two years ago, he was eating at one of Raymond Blanc’s restaurants. Raymond came out and said he was a huge fan of Arsenal. Arsene said ‘I am a huge fan of yours, too.’

Raymond said he'd do anything at the club, to which Arsene replied, 'How about you come to the club on match day and serve us food?’ So either Raymond Blanc or his chef serves us food post-game. I don’t eat all day before that, because the food is unbelievable.

Richard Allison: Up to an hour after the game the players eat real food. We are ridiculously fortunate that food produced by Raymond Blanc and his chef is in the dressing room post-match. We don’t really ever get any complaints about that!

We try and make it finger food, as the players don’t want to sit down at a place with a knife and fork. At that stage they just want to grab and go. A lot of the players will take it away and eat it in their cars on their way from the stadium. Hopefully that will be sufficient and stop them eating at places they shouldn’t. 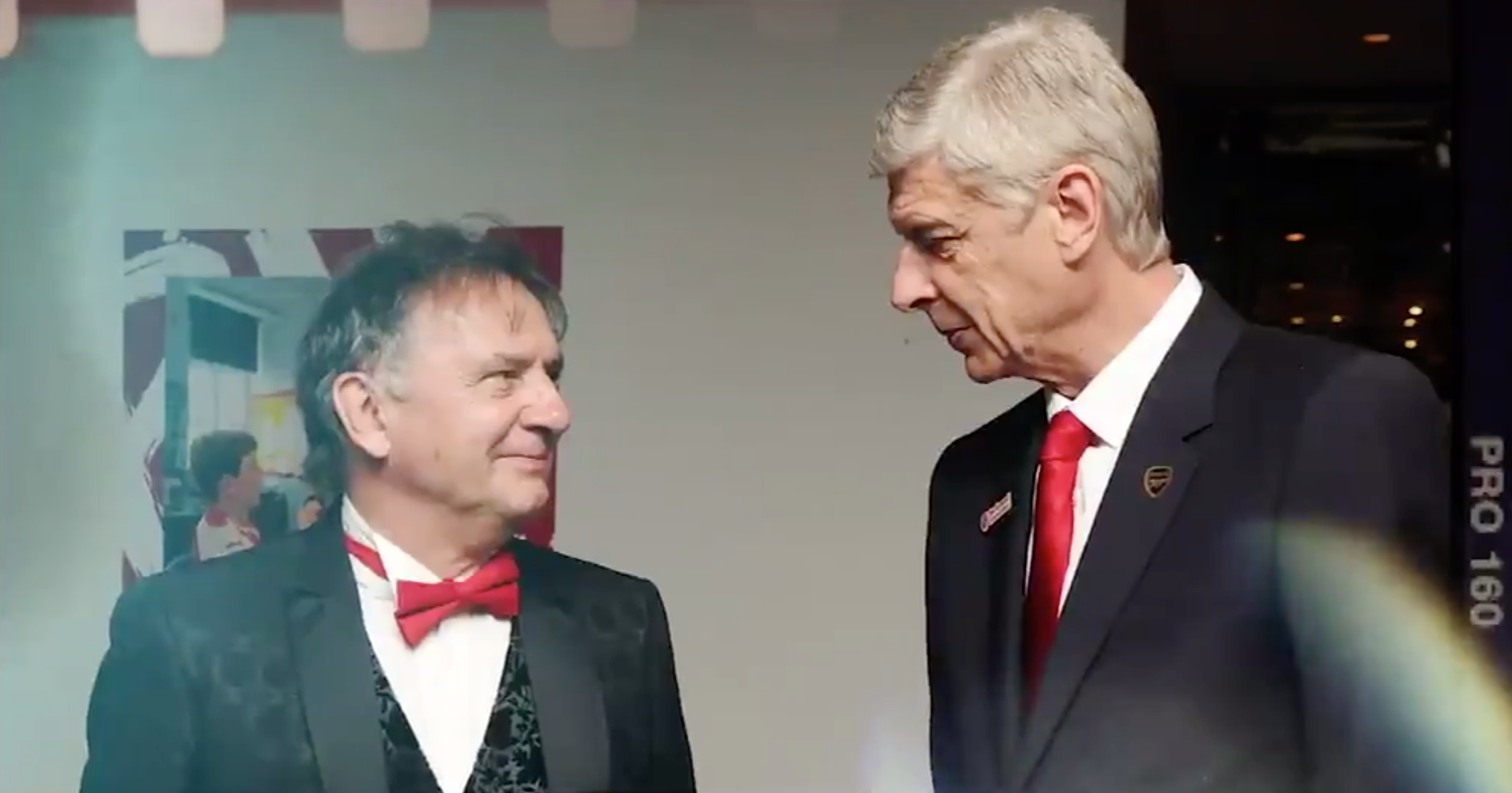 For away games we used to have a chocolate box on the bus that a few of the players would use, but we’ve replaced that with protein bars instead. Immediately post-match, the carbs and protein come in a liquid form, in a shake, which is put on their seat in the dressing room.

Darren Burgess: We have two chefs at the training ground plus one who travels with us. Each morning, there are a bunch of iPads on the table and the players can order whatever they want from the chef. The food is amazing up there.

Richard Allison: One of the things we are currently in the process of creating is using GPS training data to put information on TV screens in the restaurant to tell each individual player what they should be eating based on what they’ve just done on the field.

In the restaurant area at the training ground we have two on-site chefs who are absolutely amazing. There are always six or seven different choices in terms of protein sources from animals. We have a few members of staff and players who are vegan, so they also have to cater for that.

(DEXA stands for dual energy X-ray absorptiometry technology, which can quickly and accurately measure the body fat, lean tissue and bone in the body).

Richard Allison: We use a DEXA machine quite often. We have one on-site, as a marker of success. We have objective markers. It’s a very, very good way of influencing or motivating players to stick to those meals. We republish the results of the squad in the dressing room and that’s a good motivator. When they are at the bottom of the list or have slipped, then their interest in nutrition suddenly picks up.

Rob Holding has made a massive change to his nutrition intake over the last 16 months. He has taken a real big interest in it, is cooking at home, and is very much being the ultimate professional.

One player has come over from South America and he’s been very similar but the challenge of that has been the language barrier, so we’re using Google Translate to communicate.

Unfortunately, at the other end, we also have players who just don’t seem to care and perhaps have just got by on a natural talent and don’t feel the need to focus on nutrition as much.

"It's better than Chelsea's, be honest..."@schwarzer_mark continues his tour of @Arsenal's performance centre alongside Australia's @darrenburgess25, the Gunners' Director of High Performance.

This is a must watch for any football fan.#OptusSport pic.twitter.com/ohEcaOiDV5

Darren Burgess: Hector Bellerin is a vegan, so is very aware of everything that goes into his body.

Richard Allison: We have a top player who is a vegan. The way he transitioned - many years of thought and process went into it. In terms of his blood markers and everything, he is actually in a better place than when he was non-vegan.

What bugs me is when players have gone home and watched a Netflix documentary and come back, ‘Rich I want to be vegan.’ ‘Why do you want to be vegan?’ ‘I watched a documentary on Netflix.’ I worry about people bucking to trends and when it’s a fad rather than a conscious change in dietary intake.

These guys can afford the best, so if you have a chef producing the best vegan food ever made, then most people could be vegan.

Richard Allison: One thing we have used a lot of recently are collagen shots. There is a lot of emerging research on those. They have proved to be very popular with the players. There is an element of convenience with those.

Instead of having to take a 500ml protein shake, they just have to take a 60ml shot, so it’s more convenient for them and they are getting the benefit of the collagen itself.

We are looking at ways of doing that for one of our players who is vegan (Bellerin), which has a similar amino acid profile, which is proving a bit of a challenge on the Informed-Sport batch-tested programme.

Richard Allison: It’s like that saying - ‘you can lead a horse to water’. It isn’t as easy as just saying, ‘hey, why don’t you just eat this.’ Often they’re like, ‘no.’ As one of our coaches pointed out, a lot of these players spend most of their lives being told yes.

Not very often are they told no. Coming into the training ground is often the only time they’re told no. It can be fighting a battle. 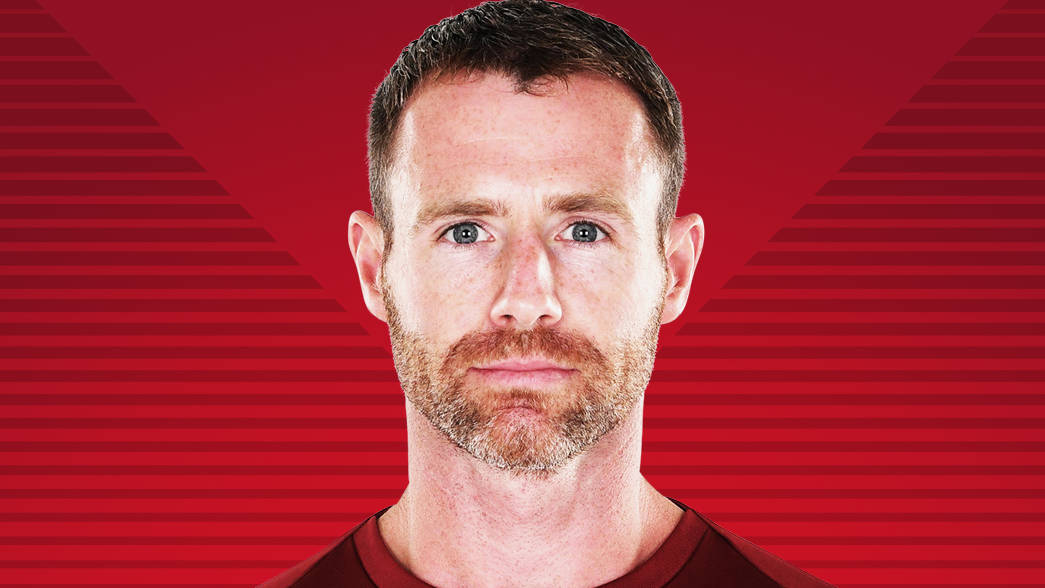 Premier League footballers can eat the best food in the world.

They can go to any restaurant at any time they want to. Some of the players occasionally go out and eat with their families of an evening after a game. We can only educate and influence where we can and there is part of it where you need to enjoy life.

A lot of them will have chefs who are there at their homes five days a week, or who come three of four days, or who have companies who can provide food for them. I can give them a plan of what the week ahead looks like in terms of periodisation and they can give me meals that match those micronutrients.

One piece of advice I’d give? I wish I’d been a better salesman at times during my career, this is what they don’t teach you at university. You can have all the information, but can you sell it to the players?

All players are different and it’s about making them understand. Telling an injured player how long it can take them to recover lean muscle and suddenly they’re interested.