DAVE ALRED has had one of the most varied and illustrious careers in international coaching.

The former professional rugby player and American Footballer first made his name as the kicking coach for England star Jonny Wilkinson, whose boot won England the 2003 Rugby World Cup. However, his pioneering performance psychology work has been in-demand with athletes and teams from a vast array of sports.

A keen golfer himself, Alred helped Luke Donald to number one in the world and Francesco Molinari to the 2018 Open title. His work spans sports as diverse as judo, modern pentathlon, Aussie Rules and football.

In a fascinating interview with Simon Mundie for BBC Radio Four's Don't Tell Me The Score Podcast, Alred explained why a fear is failure is holding so many people back from realising their potential. Below is an excerpt from the interview - you can listen to the whole podcast HERE.

Dave Alred MBE: Failure is something people want to avoid. Young kids learning on their own don’t understand failure.

When they do something well, they get wired with excitement. That’s why they tend to learn quicker than adults.

When people are young, they don’t understand the stigma of failure. They are prepared to commit themselves to the ugly zone, to take frustration with a smile and keep going.

When you talk to adults, instead of trying to achieve, they are trying not to make mistakes. That’s why so many people don’t realise their potential, because they don’t want to get into the ugly zone and prefer to stay in the comfort zone, where they won’t make mistakes.

Say you can do 10 press-ups. If every day I say, ‘do 10 press ups’, it will get easier and easier until it becomes comfortable. If I say, ‘right, today, we are going to try and do 12 press ups', when you fail, do you go away thinking, ‘I don’t want to fo that again because I failed’, or, ‘this is really good; if I put my back into it I can do it’.

READ MORE: Why understanding the teenage brain is key to coaching

That’s the difference. Negative avoidance is the disease of today - 'I’m not making mistakes, so my self-esteem is intact.'

When we get better and better at something we try and avoid the mistakes.

‘I won’t try that one, because I’m not very good at it and will make a few mistakes. I’ll try this one, because I know it really well’. I’m saying let’s have a go at the other one and enjoy the challenge. You can be uncomfortable and smile.

I think that gets lost - it’s not a real challenge unless there is an option of not matching your intention.

The one thing that does get you in the ugly zone is excitement. If you look at young kids before they’re going to go out to play, they are like little firecrackers, ready to go, because they’re excited. Often they’re excited about the unknown. 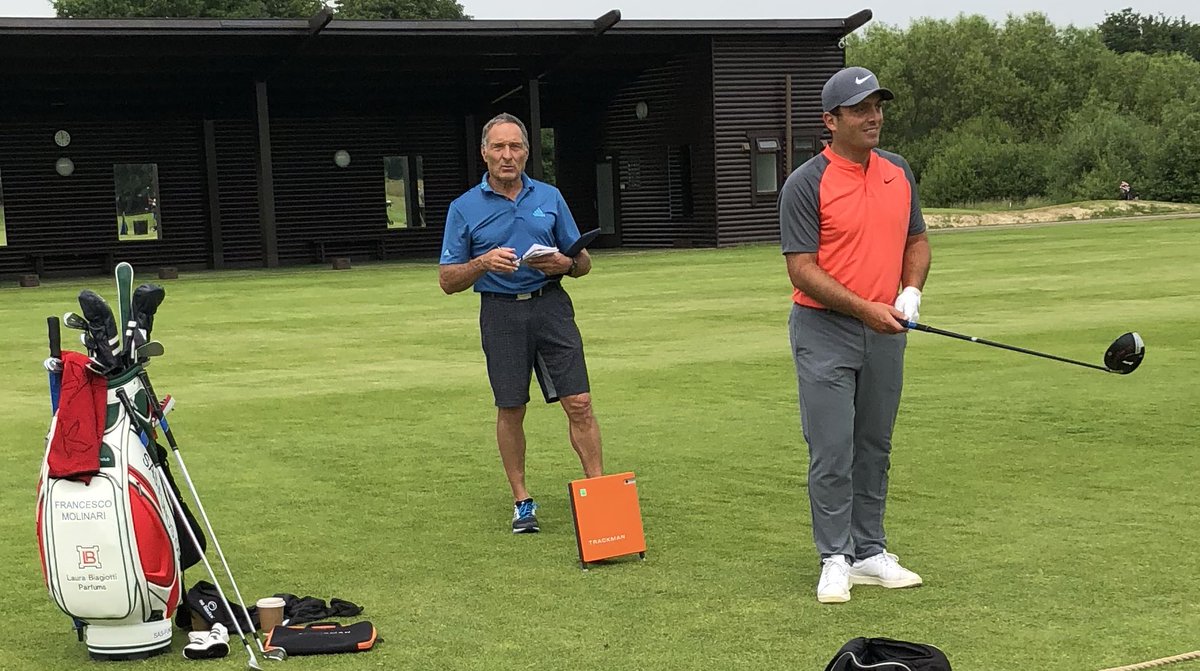 If I say to an adult who has never played golf, ‘why don’t we go to the driving range and hit a few balls and have a cup of tea’, they’ll say, ‘I’ll have the cup of tea but I’m not sure about hitting a few balls as I haven’t done it before’.

If I say the same thing to a young kid, they’ll go ‘wow, I’ve never done that before’. That’s the difference.

What happens during our development that kills that enthusiasm to get better? People say to me, ‘What do you actually do? How can you coach Francesco Molinari (above), who’s a golfer, and Jamie Cook, who’s a modern pentathlete?’

I say it’s about trying to get them to have a five-year-old’s attitude combined with a 25-year-old’s maturity of how to use it.

I don’t use the word failure - I say, ‘you weren’t able to match your intention today.'

So, now I know you can do 10 press ups, I’ll say, ‘We are going to try for 12 press ups, but what I want you to focus on is tensing your stomach, so your body is much straighter, and I want you to feel like you’re pushing the floor away from you rather than lifting your weight up.'

If you focus on the process, then the outcome looks after itself. If you worry about achieving the outcome, it detracts you from the very process of doing it and that’s where you fall down.

I’m taking the process and reframing it, so it gets less intense. It’s amazing how if you get you totally focused on the process, the outcome takes care of itself.

What a good coach can do is create an environment where the individual or group can totally commit to something to the point of failure, but still have their self-esteem intact.