Ashworth was previously Technical Director for the Football Association

BRIGHTON’S Dan Ashworth says clubs need Technical Directors to ensure they are travelling in the right direction over the longer term.

The 48-year-old was appointed to the role last September by the Seagulls following six highly influential years at the Football Association. The south coast side are one of 17 Premier League outfits to have a Technical Director or equivalent, with only three (Manchester United, Newcastle and Sheffield United) not having one.

However, as Ashworth explained, the role does vary massively from club to club.

“This project (at Brighton) was fantastic for me, because it was a proper Technical Director job,” he told BT Sport (below). “Some are just Head of Recruitment, some are more on the operations and business side.

Good to see Dan Ashworth describing the approach now being taken by some clubs. The Board to clarify the club's desired philosophy and principles. Then appointing people who can help them to achieve sustainable success.pic.twitter.com/gxTvEUXbw5

"This was all-encompassing. It had the Academy, loans, medical and was heavily involved with the first team and player recruitment, which was more of a Continental approach.

“A Technical Director’s role is always best described as looking after the interests of the club in the medium to long term. There are six things that come into me - men’s first team, women’s first team, player recruitment, the Academy, medical and sports science, and the player loan department.”

Ashworth said he and chairman Tony Bloom had appointed Graham Potter as Head Coach in the summer because he fitted the club’s philosophy, instead of the philosophy being set by the Head Coach.

“What Tony and the board wouldn’t do is hire a coach that’s totally against the direction of travel they want the club to go in. My job is to stitch that together. It is then about making sure that the 23s, 18s and Academy put the right plans around the young players to give them every chance of being able to play for Brighton and Graham.

“My view - our view - is that if you keep changing the head coach every 14 months or so, which is the average lifespan of a manager nowadays, and then go from one philosophy to another, you have no chance of joining up your loans, Academy, development and player recruitment.

“You end up having to change 17, 18 players in order to change the principles and philosophy. It is about a long-term plan in order to get the best out of the resources we have at Brighton.”

Gary Neville has talked about how his former club, Manchester United, have changed their philosophy depending on who their manager is in recent seasons, with fairly disastrous results.

“When David Moyes was sacked after eight months, all of a sudden they (United) were in reaction mode,” Neville said. “They came away from their long-term strategy and values and principles. 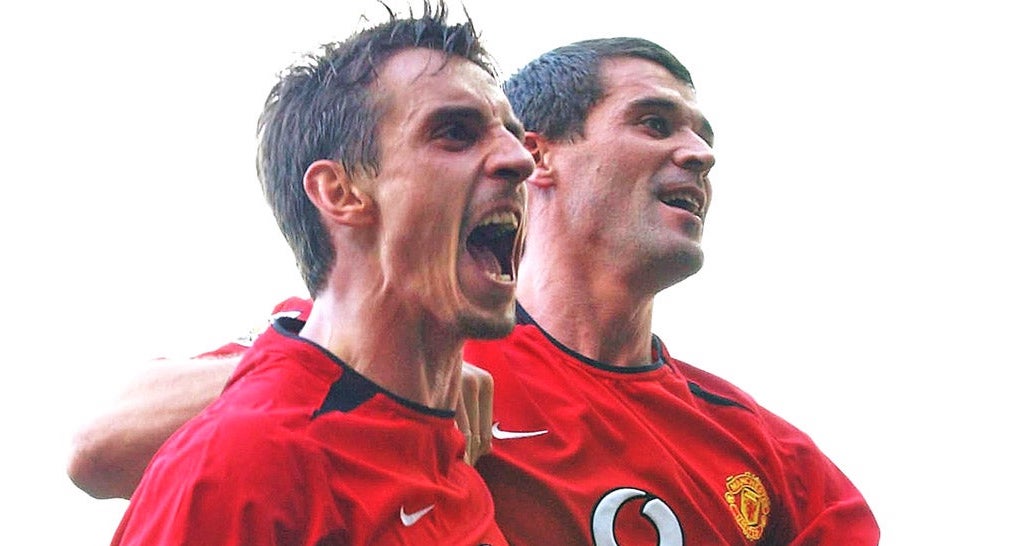 “Louis van Gaal brought in 11 players for £260m. His philosophy is wonderful football for what he wanted to do, but it wasn’t Manchester United’s style of football.

“The fans weren’t happy, the stadium was starting to have empty seats and then they think, ‘right, we need to win’ and they bring in Jose Mourinho, who likes powerful, robust, strong players.

“Out went nearly all those 11 and Mourinho brings in Lukaku, Matic, Fred, Bailly, a wave of players who suit his style. Mourinho is happy to sit back a bit deeper and have a more robust, physical player.

“As a Manchester United fan it’s painful to watch. This is what’s happened, it’s a horror story when you think about it.”