Curtis Woodhouse: A better boss for the knocks

He pumps up the balls, collects the cones, washes the kit and tries not to get angry when one of his players, who spent the week tarmacking drives and eating bacon sarnies for breakfast, lunch and dinner, has a stinker on a Saturday afternoon.

The Northern Counties East League Premier Division - level nine on English football’s pyramid - is not the promised land, but it’s a great place to learn your lessons. When Woodhouse finally gets a crack at managing in the Football League, it will be a brave person who tells him he hasn’t earned it.

“If you want to do a job and do it well, you have to serve an apprenticeship, to learn the fundamentals and build foundations,” says Woodhouse, who joined Bridlington in 2016, after spells at Sheffield FC, Goole and Hull United.

“A lot of ex-footballers are too proud to manage in non-league, but when you jump in at the deep end, you can easily drown. It’s like having a title shot in your first fight: you’ll lose, because you don’t know your arse from your elbow.

“I’m 38, but I’ve already managed about 250 games. That’s 250 times I’ve had to make decisions. And you learn so much from making the wrong ones. When I do get a full-time managerial job, I’ll be able to look my staff in the eye and they won’t have done a job I haven’t done. And I’ll expect high standards.

“That said, sometimes I pull my hair out. Players will call me to say they can’t train because they’re fitting a conservatory. I’ll be asking players to run through walls for me and they’ll have come straight from laying bricks all day.” 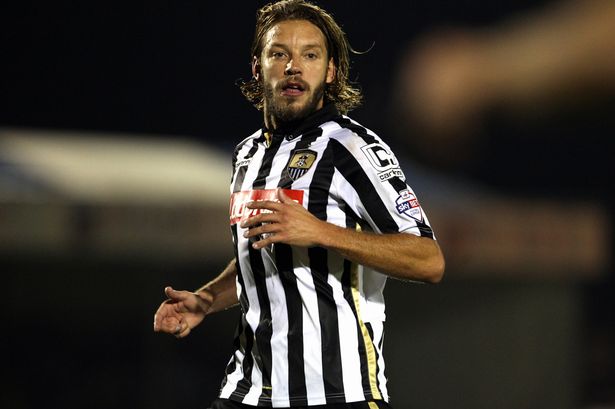 Last season, Woodhouse lost seven first-team players in three weeks and had to build a whole new team. At the start of this season, he took to Twitter to chide one of his players who had booked a holiday. Imagine Sergio Aguero nipping over to Tenerife and missing the first few games of the campaign. The difference being, Woodhouse’s player isn’t being paid 250 grand a week.

“People will leave for an extra 20 quid a week, or be promised win bonuses, clean-sheet bonuses, corner bonuses, every kind of bonus,” says Woodhouse, who is on about £100 a week at Bridlington Town, which, given all his travel and other expenses, means he is essentially having to pay to be their manager.

“They get sold a dream, and then they’re ringing you every other day wanting to come back, because Bridlington is one of the few clubs that is run properly.”

It is doubtful whether Frank Lampard, new boss of Derby County, has spent much time in the laundry room or ferrying players to training. Then again, unlike Woodhouse, Lampard didn’t quit playing at the age of 26, having fallen out of love with football, before spending 10 years as a professional boxer.

But Woodhouse, who represented England at every age-group level, played for Sheffield United at 17 and in the Premier League for Birmingham, before sliding down the divisions, believes he is a better boss for the knocks.

“I already feel like a well-rounded manager because I’ve led a well-rounded life,” says Woodhouse, who won the British light-welterweight title in 2015, a remarkable achievement for someone who only started boxing when Barry Fry, his manager at Peterborough United, became fed up with Woodhouse fighting in training and suggested he learned to fight properly at a local gym.

"I played more than 300 games at every level, from Premier League to non-league. I did a Jamie Vardy in reverse.

"And the beauty of being a massive fuck-up when you’re young is that it can make you much wiser when you’re older.”

Having worked with Woodhouse on his autobiography, I am able to vouch for the fact he is genuine, razor sharp and eloquent. He is also self-aware enough to know that there will be chairmen who think he’s “an absolute nutcase”.

“Like most people at the age of 38, I look back at things I did and cringe. But you’ve got to judge people on where they are now. I see a lot of young players who are like I was and think, ‘God, I wish someone had been there for me, someone who understood what I was going through’. I can be that man.”

Woodhouse speaks with a cudgel-like bluntness that makes you giggle but also makes you worry that chairmen will consider him too difficult to handle.

For example, he is scathing about coaching badges, which all top coaches require nowadays but Woodhouse deems to be “not worth a carrot”.

“When I did one of my badges, we had a seminar. I won’t tell you who the speaker was, but I’ll tell you the first thing he said: ‘When you get your badge, take it home, rip it up and throw it in the bin. It doesn’t mean anything.’ 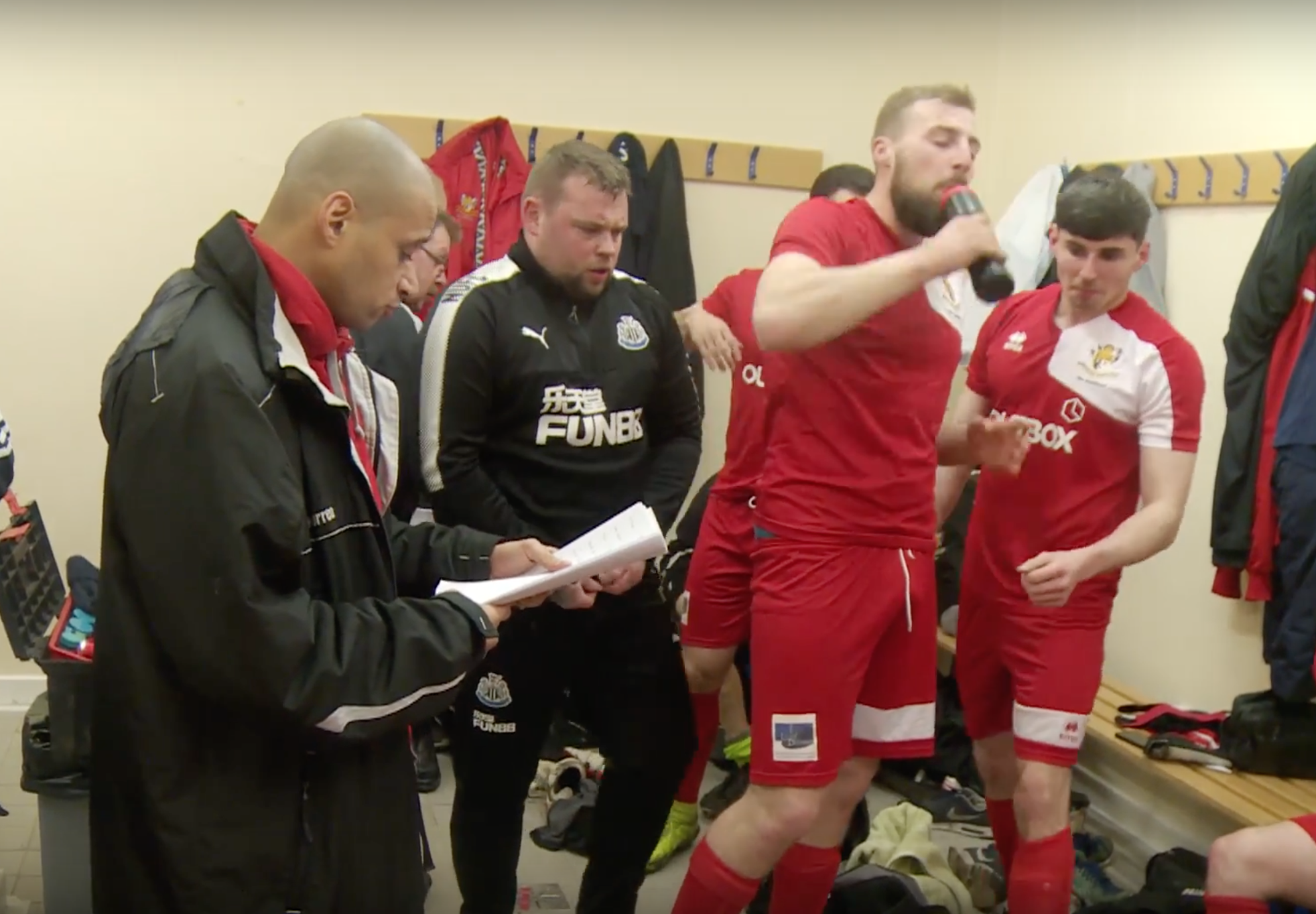 “The badges are a financial scam, to raise money for the FA. You learn to be a manager by going out and doing it, not sitting in a classroom. There is no substitute for experience. Also, you do your badges to become a coach, not a manager. It’s like taking a driving test, passing it, and then jumping in a lorry.

“I worked under Neil Warnock at Sheffield United, and I wouldn’t let him coach an under-10s team. Kevin Blackwell did all the coaching, Neil Warnock used to come out for 10 minutes on a Friday, smash a couple of free-kicks over the crossbar, hobble in and have a cup of tea. But Neil never claimed to be a coach, his job was to manage the football club, which he was very good at.

“I’ve seen great players, who played in the Premier League for 10 years, try to coach in front of people and freeze. But if they go for an interview, they’ve got every chance of getting the job, because they’ve got a bigger name than me.

“I see the same managers being appointed over and over again. It’s gone beyond frustration, it’s just laughable.

"Martin Allen has got the Barnet job five times. He wasn’t the right man for the job the first four times, but this time it’s going to be different!

"Hire somebody new, somebody exciting with fresh ideas, somebody who’s not carrying around all that baggage of failure.

“A lot of managers are at clubs purely for their staying-up bonuses. That’s why they play the painful football they do: two men sat in front of the back four, full-backs who aren’t allowed over the halfway line, hitting the target man and hoping for a throw-in or a corner and trying to nick a winner.

“As it is, I’m not being paid enough to turn up on a Tuesday night and watch my defenders lump the ball aimlessly to nobody. I want my teams to play fast, free-flowing football, because I want to enjoy what I’m watching.”

When I interviewed Woodhouse for his book, he said he found the idea of the Rooney Rule, which requires Football League clubs to interview black and ethnic minority candidates for managerial and coaching roles, insulting. Two years later - and two years wiser - he has developed a far more nuanced view.

“I’d hate to be sat in an interview room knowing I was only there because of the colour of my skin and I’d ticked a box. On the flip side, I must have met over 100 black and ethnic minority managers with qualifications up to their eyeballs and they can’t even get jobs coaching the under-12s at academies.

“I don’t think it’s a conscious thing, but old, white people prefer to employ people who look and talk like them. At least with the Rooney Rule, black and ethnic minority managers will get to sit in front of chairmen and show that they’re actually very knowledgeable and passionate about the game.

“Whenever a black manager says anything, they’re accused of playing the race card. But look at the figures. If it’s not the colour of their skin, what is it?”

As of June 2018, there were six BAME managers in the top five leagues, while only 22 of 482 coaches at these clubs were BAME. But Woodhouse, who is often advised by friends “to play the game”, jumps through hoops for nobody.

“I am playing the game, which is producing good football and winning things [in 2017, Bridlington won the East Riding Senior Cup, beating Hull City’s academy in the final, before Hull’s kid’s gained revenge in this year’s decider].

"I’m not a networker, because networking means brown-nosing people. I’d rather not get a gig.

"I’ll just keep doing what I’m doing until someone says, ‘He’s doing a cracking job down there, let’s give him an opportunity’.”

For now, Woodhouse is happy where he is. He has just opened a gym in his home town of Driffield and, having launched a boxing comeback last year, hasn’t ruled out fighting again, if someone makes him an offer he can’t refuse.

“I’m in no rush to leave Bridlington, but I am very ambitious and want to be managing in the League as soon as possible. I’ve got my eye on the top job at Sheffield United. You don’t think I’ve got a hope? I’ve heard that before.”