MAYBE it sounds like a sad situation: a former Premier League star, with 19 England caps to his name, squeezing out his last for a club in danger of relegation from the Football League.

But before Alan Smith even opens his mouth you see the obsession is still there, in those eyes and that mad dog stare.

In a cluttered office at Notts County’s Meadow Lane ground, a man who says he has never liked the press waxes lyrical about his undying love of football. Like any great love it has been tested. From Leeds United legend to the worst kind of traitor. At least some fans thought.

From Manchester United prospect to washed-up crock at the age of 25. At least some fans thought.

Fans think what they want, and Smith is happy to let them. As long as he knows what’s what.

“Old team-mates of mine say to me: ‘What are you doing still playing? Why do you still bother?’ I still love it, it’s as simple as that. I’m at Notts County because I want to be and I’ll carry on playing for as long as I possibly can.

“I still have the same enthusiasm and drive I had as a teenager, when I was trying to break into Leeds’ first team. It’s never diminished.

"Some players might be too proud to drop down the divisions. But that’s not pride. Pride is accepting where you are in life, living in the moment, working hard to get picked on a Saturday. And if you don’t get picked, pride is working even harder.

“Playing in League Two isn’t beneath me. I’m still asking questions at the age of 36. You can never just think: ‘This is me, all I can do is this.’ You won’t survive long with that attitude. Every manager you play under and every team you play in will demand different things from you, so you have to be able to reinvent yourself and keep trying to get better, whatever you’ve already done.”

Mike Edwards, defensive stalwart and club fitness coach, says Smith can still be found gathering up balls and cones after training sessions. Asked if Smith’s team-mates are in awe of him, Edwards says some of them don’t even know who he is or what he has achieved. Smith grins, because he likes it that way. 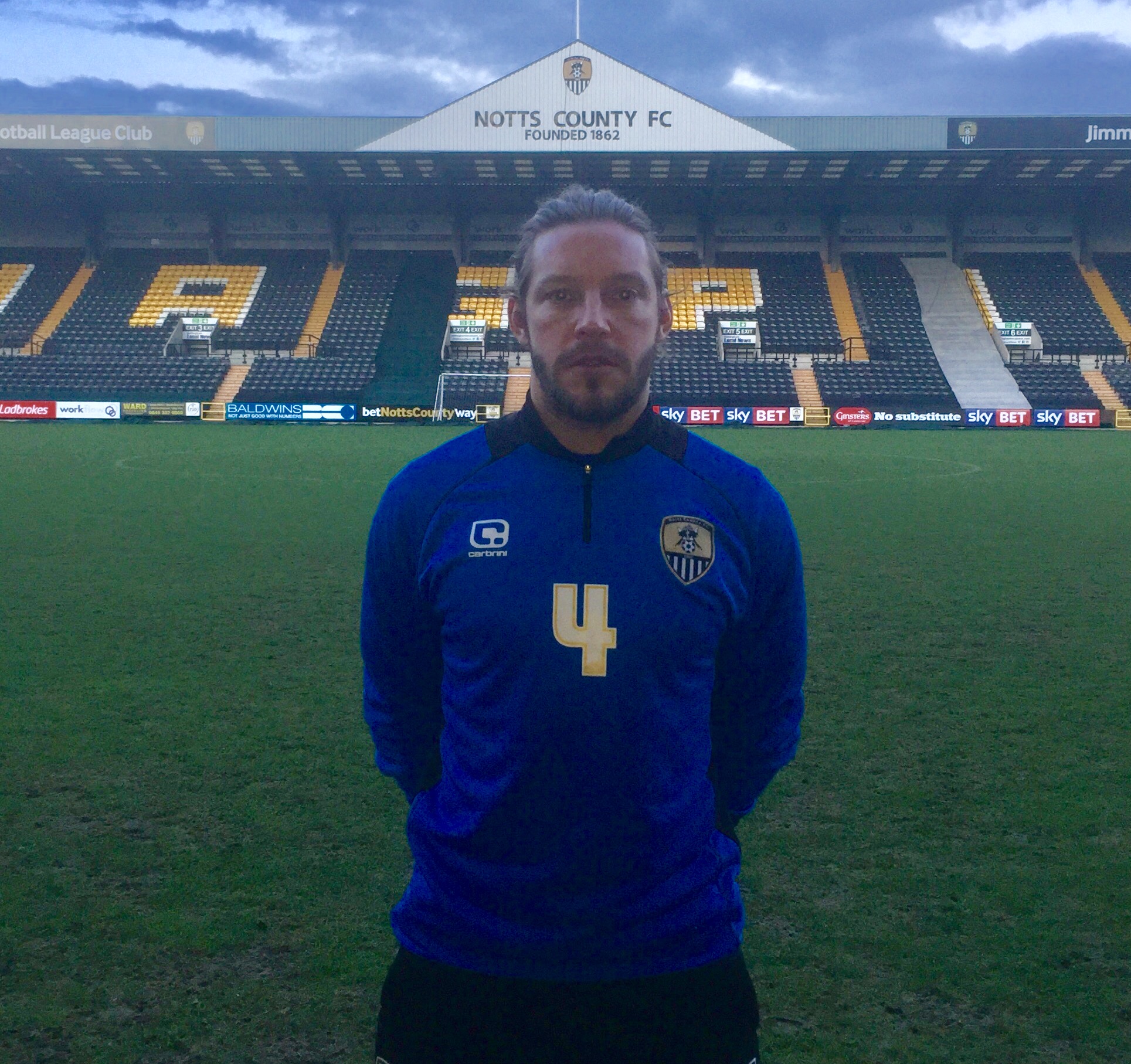 Life in League Two might have more in common with amateur football than the Premier League. County, the oldest professional football club in the world, are without a permanent training ground. During my visit the squad crams into the pokiest of rooms for a weights session. These are men who drive hatchbacks rather than Ferraris and worry that every season might be their last as a professional footballer. But if they want better, Smith can show them the way.

“I have to be angry to play and there’s a lot to get angry about at this level. But I appreciate that you can’t ask these players to sacrifice everything, because they aren’t earning life-changing money and might never play at a higher level. So now I look at players and think they should be enjoying it more than they do.”

Smith enjoyed his salad days at Elland Road, although perhaps not enough. Having graduated from Leeds’s academy, an 18-year-old Smith made his debut in November 1998, scoring in a 3-1 win against Liverpool at Anfield. He earned a reputation as a fierce competitor who respected no-one on the pitch. Smith, who also scored a goal or two, encapsulated the impish spirit of his team.

Under David O’Leary, a young Leeds side finished third in the Premier League in 2000 while also reaching the last four of the Uefa Cup. The following season saw their improbable journey to the Champions League semi-finals, after which things went awry. Leeds had overreached and Smith had reached his peak.

“I was just a kid playing football, still living with my mum and dad, so I didn’t know what was going on behind the scenes. When we sold Rio Ferdinand it made some sense – Man Utd had offered £30m, so you could understand it.

“It was when Jonathan Woodgate left that I realised something was badly wrong. He had come through the youth team with me, was a big character, our best defender, an England international and I knew he had no desire to leave.”

When Smith turned up for training in the summer of 2003, manager Peter Reid (O’Leary and Terry Venables were both sacked in quick succession after public fall-outs with chairman Peter Ridsdale) didn’t have 11 players to choose from. Crippled by debt and reduced to a rabble, Leeds were relegated that season.

“The day we lost at Bolton [Leeds’s fate was sealed by a 4-1 defeat at the Reebok Stadium] was the worst I experienced in football. That feeling will always stay with me. I couldn’t have done any more myself, but could I have got more out of everybody else? Even the best players can’t play well in every single game, but they drag others through when they’re having a bad day.”

On 26 May 2004, Leeds fans were informed that Smith had signed for Manchester United. It is fair to say that the news did not go down well with everybody at Elland Road. Smith, who had just been named Leeds’s player of the year, went from ‘good old Smudge’ to ‘Judas’ in the blink of an eye. But while the flak flew, Smith remained dignifiedly silent about the truth. 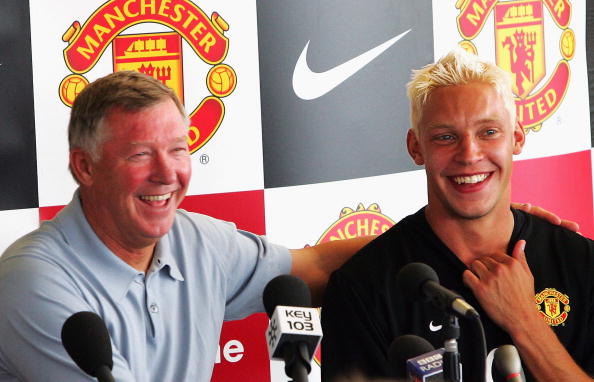 "When I signed for Sir Alex, he knew more about me than I knew about myself. He’d spoken to eight or nine people about my personality. Yes, he’d seen me play, but he wanted to know if I could handle being part of a team that’s expected to win every week. When I met him he knew what my parents were called, what they did for a living. He would have done the same before signing every single player."

“I’ve never spoken about it because I’ve never felt I had to justify myself. By trying to justify the move I would have dragged the name of Leeds United through the mud and been disrespectful to Man Utd, by suggesting I only went there because I had to. I did say on telly that I’d never play for Man Utd. But Leeds always said they’d never sell me and I thought they’d never get relegated. 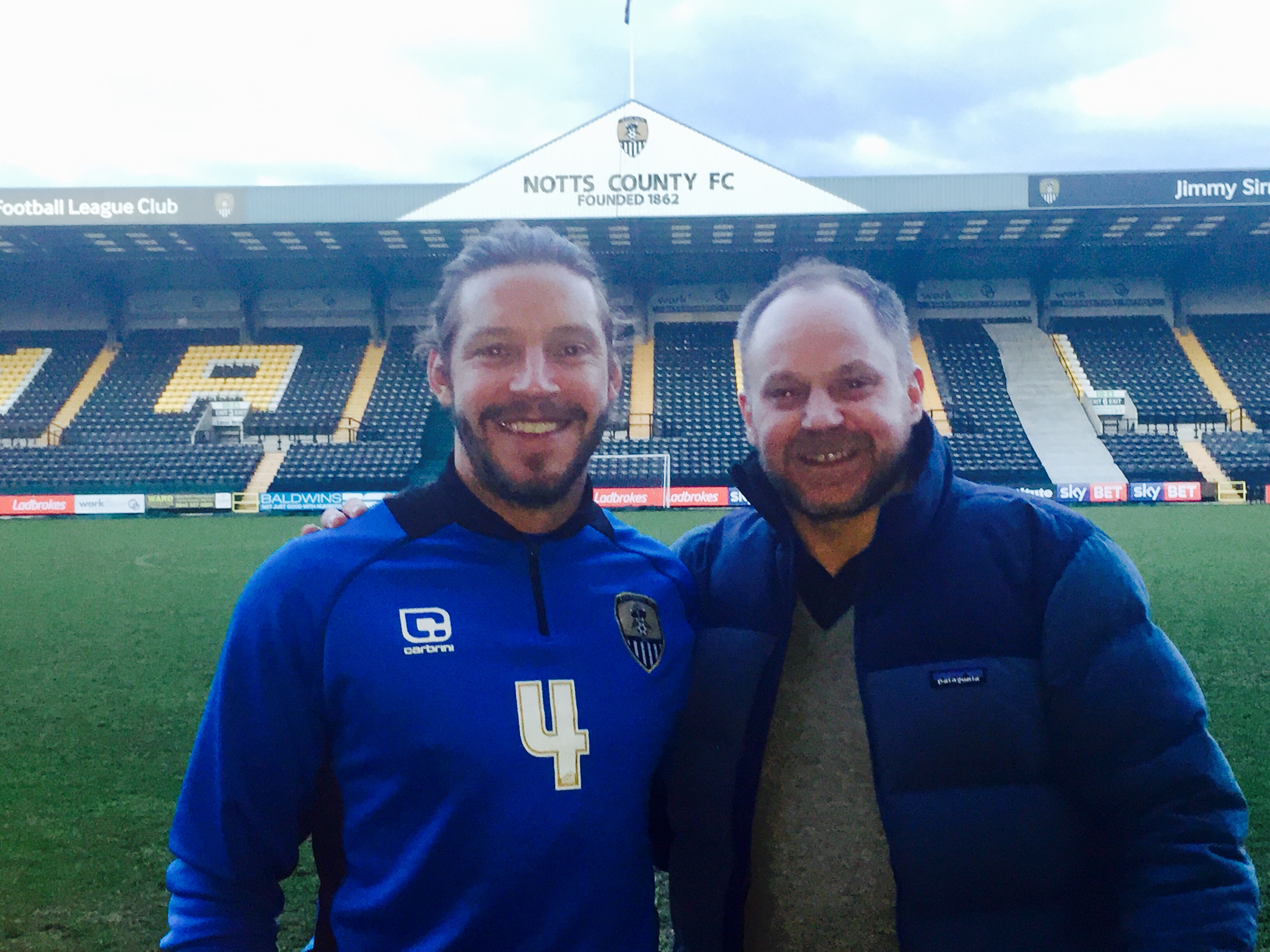 “The new owners of the club told me that if I didn’t sign for Man Utd, there was a chance Leeds might go under.

"Man Utd weren’t offering the most, but they were paying up front. I understood why people slagged me off – I did it myself when Eric Cantona left Leeds for Man Utd. But I was joining the biggest club in Britain, and it was a massive honour that Sir Alex Ferguson wanted me.”

Younger football fans might wonder why the cross-Pennine rivals are considered rivals at all, given that Leeds haven’t played in the same division since Smith left. But that just demonstrates how far Leeds United tumbled.

Smith scored 10 goals in his first season at Old Trafford before Ferguson tried to convert him into a central midfielder. But the defining moment of Smith’s Manchester United career happened in an FA Cup tie against Liverpool in February 2006, when he broke his leg and dislocated his ankle attempting to block a John Arne Riise free-kick. The sight of Gary Neville wincing and Ronaldo looking to the heavens told you all you needed to know about the severity of the injuries. Smith, he admits, was never the same player.

“The surgeon told me it was touch and go if I’d play again. And while I was out injured, I did think that maybe it was all over. It would have been so easy to walk away but it made me mentally stronger. That injury is the reason I still appreciate football so much and do everything to maintain my playing career.”

A week after suffering the injuries, Smith watched his team-mates thrash Wigan Athletic 4-0 in the Carling Cup final, in which he was meant to have started. They collected the trophy wearing T-shirts bearing the legend: ‘For you Smudge.’ Laid up in a hospital bed, Smith struggled to hold back the tears.

To characterise Smith’s time at Old Trafford as a disaster would be inaccurate. He won a Premier League title and a League Cup, played in an FA Cup final and scored in a 7-1 victory over Roma in a Champions League quarter-final. Nevertheless, Smith characterises his whole career as “a disappointment”.

“I knew at the age of 14 that I’d play for Leeds’s first team. I’d run through a brick wall, had that edge, a little bit of a nasty streak the club was known for. There are kids now signing for clubs at 16 and they might still be playing under-23s football seven years later.

They’re not putting pressure on themselves. I was knocking on the gaffer’s door at 17, telling him I was ready to play, wanting to knock experienced players out of the team. I didn’t care if nobody liked me.

“I loved my time at Newcastle (who Smith played for between 2007 and 2012). But I knew how good I was and what I could have achieved. I’ve drained every single drop out of myself but that injury restricted what I was able to do.”

It says a great deal about Smith’s personality that he turned down a move to America, where he has a house, in 2012 and joined MK Dons in League One instead. Smith calculated that life in the American leagues wouldn’t make him angry and that he’d rather be smashing opponents on a dank night in Yeovil.

Smith was still busy smashing opponents in Exeter two nights ago. And what a night it was – a booking for Smith, County 2-nil down after 90 minutes, two injury-time goals, a 2-2 draw, a precious point. Does that sound like a sad situation to you? You can bet your life that Smith loved every minute of it.

“I’m still obsessive about football. Whichever club I join, I think to myself: ‘Can I leave something behind? Can I make an impact? Can I change the mentality of the club?’ When I do retire, I’ll miss it like you wouldn’t believe.”

ASHVIR JOHAL has left Leicester City's Academy after eight years to become first-team coach under Kolo Toure at Wigan. It marks a remarkable rise for the 27-year-old, who is the only Asian coach on a first-team staff in the Football League.