Richard Collinge was sacked by Watford in September 2016

RICHARD COLLINGE, who is pursuing a discrimination case against Watford, has been appointed Head of Medical by West Ham.

The 41-year-old replaces former England physio Gary Lewin, who was released by the Hammers last month after less than a year in post.

Collinge was sacked by Watford in September 2016 and subsequently took the club to an employment tribunal, claiming he had been discriminated against because he is English.

Watford argued that the decision had nothing to do with Collinge's nationality, but was made because they planned to open a state-of-the-art medical centre with a permanent doctor. Spaniard Emilio Lopez-Vidriero was appointed as the club’s Medical Director this January.

The case is ongoing.

Collinge, who is fluent in French, is a chartered physiotherapist with more than 20 years’ clinical experience. He was head physio at Watford from 2002 to 2011, before becoming Head of Fitness at Cardiff and then Head of Medical at Wigan. He returned to Watford in February 2015. 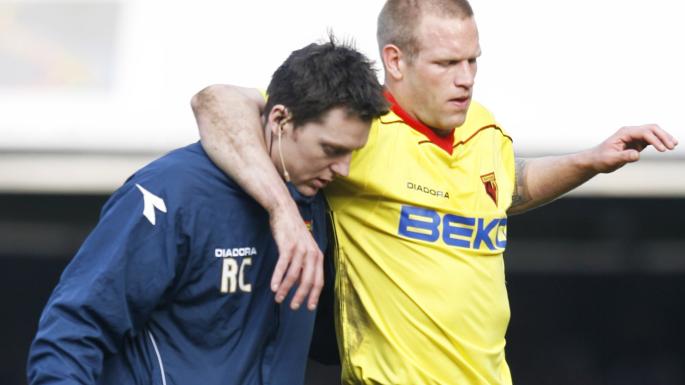 “I am looking forward to starting my new role as Head of Medical at a Club as huge and steeped in history as West Ham United,” he told West Ham's website. “The start of pre-season when I get the chance to meet the staff and players cannot come around quickly enough.”

Collinge was sacked by Watford four months after Italian Walter Mazzarri was appointed head coach. Mazzarri subsequently appointed six of his compatriots to his backroom staff, although he insisted Collinge's departure had had nothing to do with him.

“I had nothing to do with this decision. I couldn’t have influenced it,” said the Italian, who left the club at the end of the 2016/17 season.

As Collinge’s second spell at Watford was less than two years he could not make a claim for unfair dismissal, and a discrimination claim was the only legal option available to him.

West Ham are due to made other appointments to their medical and performance department, having also released Head of Fitness Nick Davies last month.