Collinge was sacked by Watford in September 2016

Richard Collinge, Watford’s former Head of Medical, has brought a discrimination case against the club, claiming he lost his job because he was English.

Collinge was sacked in September 2016 after 20 months in post. The decision came four months after Italian Walter Mazzarri was appointed as head coach.

Mazzarri subsequently appointed six of his compatriots to his backroom staff. The case will be heard at an employment tribunal and Watford are denying the allegations.

The Hornets will argue the decision was made because of plans to open a state-of-the-art medical centre with a permanent doctor, according to The Times.

After Collinge’s departure, Mazzarri, who left Watford at the end of last season, insisted the sacking was entirely down to the club and not him. “I had nothing to do with this decision. I couldn’t have influenced it.”

Collinge was head physio at Watford from 2002 to 2011, before being appointed Head of Fitness at Cardiff and Head of Medical at Wigan. He returned to Watford in February 2015. 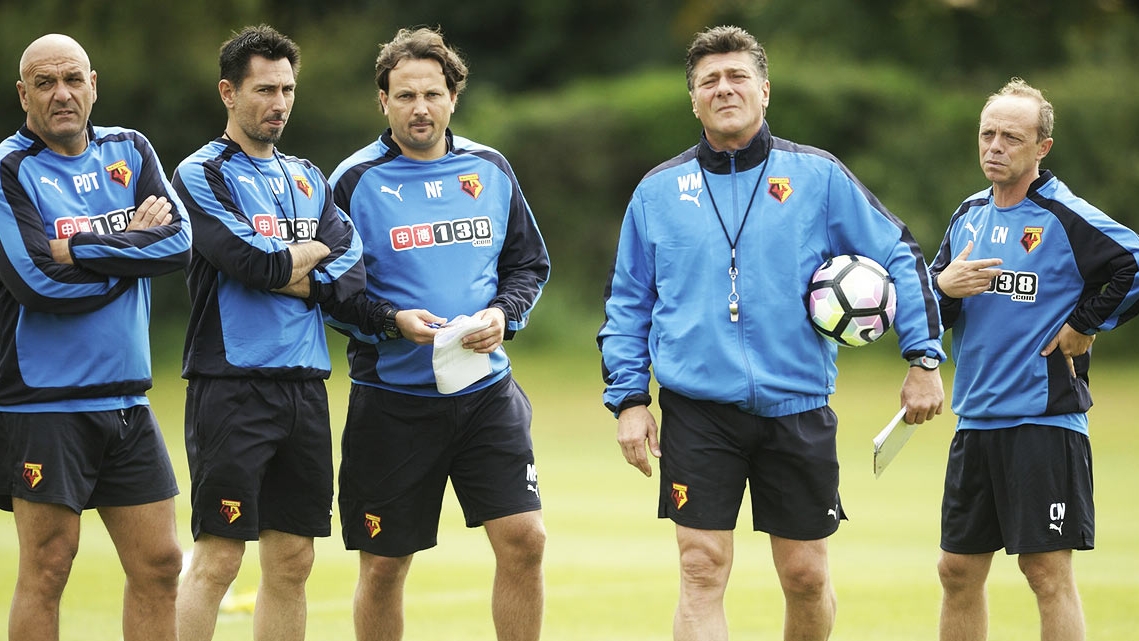 He now works as a private physio and consultant and has had spells as a physio for Montreal Impact in the MLS and for the Scotland team.

As Collinge’s second spell at Watford was less than two years he could not make a claim for unfair dismissal, and a discrimination claim was the only legal option available.