Bevington to leave Middlesbrough after 18 months

Bevington worked for the Football Association for 17 years

ADRIAN BEVINGTON is leaving Middlesbrough at the end of this year - 18 months after joining them as Head of Recruitment Operations.

The former Football Association Head of Communications, who is a lifelong Boro fan, was appointed in May 2018 after working as a consultant for clubs including Aston Villa and Leeds United.

Middlesbrough Chief Executive Neil Bausor said: "On behalf of everyone at the club I’d like to thank Adrian for his work over the past 18 months and wish him well for the future.”

Bevington added: "It has been a pleasure to work with Steve Gibson, Neil Bausor and everyone at the club. I’d like to wish (manager) Jonathan Woodgate, his staff, the players and supporters every success in the future."

In the summer, Bevington, who worked for the FA for a total of 17 years, outlined both his and the club’s ambitions, with a focus on youth.

“It’s important that we’re introducing younger players,” he said. “Part of this football club’s history is the academy and we’re committed to that. It’s about being brave with the blooding of our Academy players. 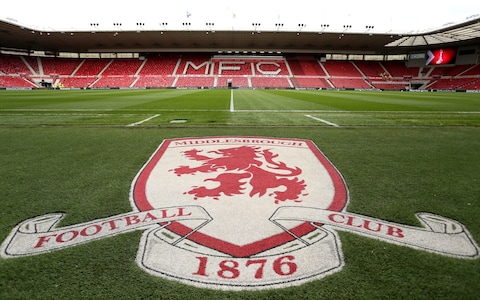 “Of course we want to be smart in the transfer market but it’s important to say we do already have a lot of detailed knowledge in the organisation of players across the UK and Europe and we’re continually identifying new targets.

“As a club, we’re really clear we’re looking to build a club identity, a style of play that is recognisable as Middlesbrough Football Club with a clear philosophy. It gives us a golden thread that will run right through the club and all the age groups, which Jonathan is passionate about.”