“Being paid for watching up to 10 games a week might be the sort of fantasy which sustains a fourth former during an afternoon of algebra, but the hours are long, and family unfriendly. Scouts eat on the run, live on their nerves, and receive a relative pittance.”

This quote is from the award-winning sports writer Michael Calvin, who perfectly encapsulated the world of football scouting in his excellent book The Nowhere Men.

Calvin described a lonely life out on the road, watching game after game in search of future stars - all with little acknowledgement, let alone financial reward.

“Scouts are everywhere, and nowhere”, he wrote.

The Covid-19 pandemic means many of these Nowhere Men now have nowhere to go.

In 2013, the threat outlined in Calvin’s book was the emergence of a new methodology: data analytics. Seven years on, clubs hire more analysts than ever. They bring doctorates in theoretical physics and philosophy; some are actual rocket scientists.

Disconcerting as this may be for scouts, modernising football recruitment was both necessary and inevitable, as the profile of club owners became more investor-led. 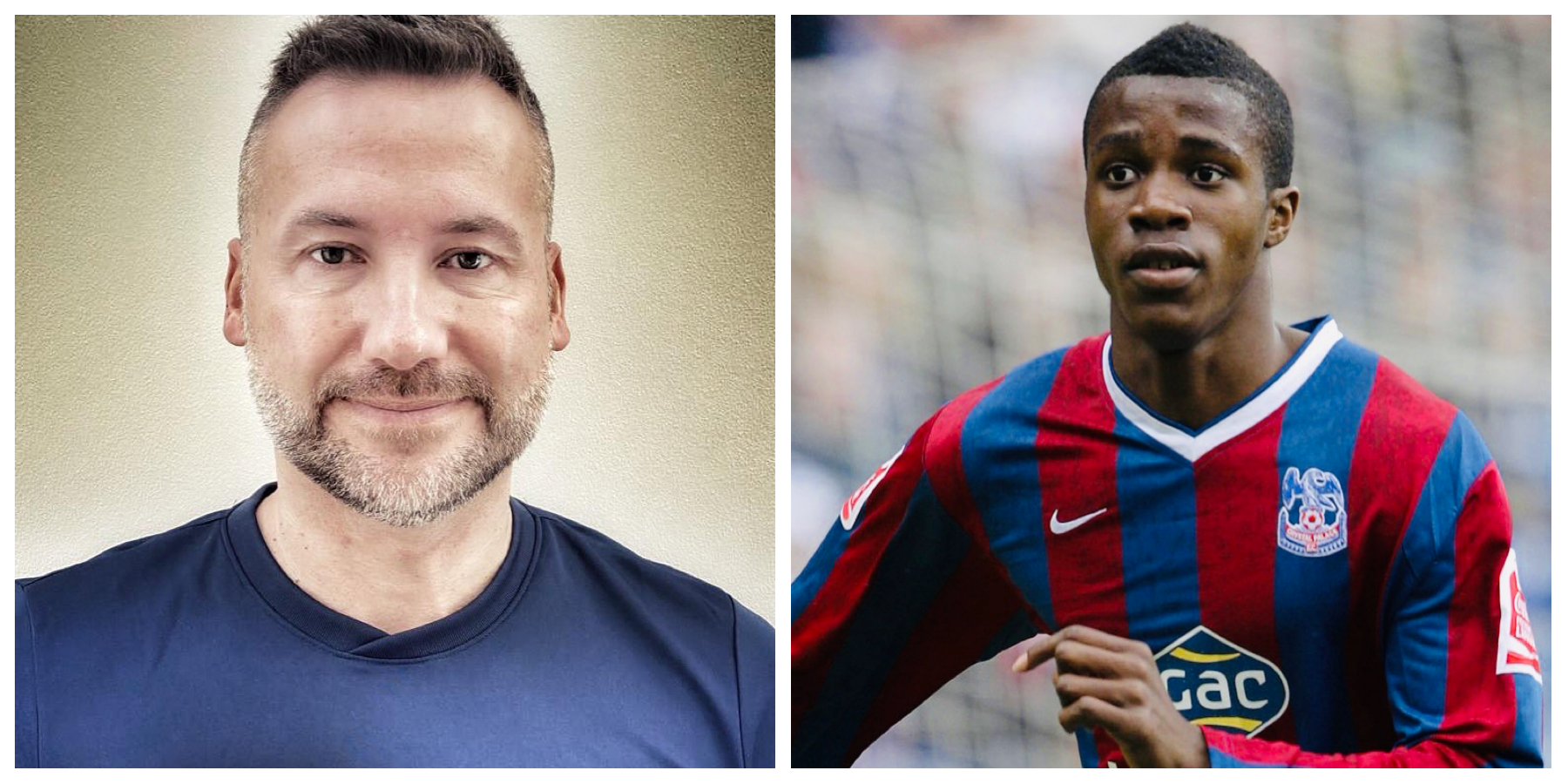 READ MORE: How Palace changed their recruitment and discovered Zaha

Even the most traditional of scouts should now accept that their clubs are better off as a result of embracing modern methods. ‘Evolve or die’ is a maxim that football – like any other business – should adhere to.

The best Heads of Recruitment and Technical Directors have found ways to combine the use of live scouting with data analytics and there is an acceptance that both new and old school were needed as part of an intelligence-gathering process for player acquisitions.

In short, clubs were getting smarter all the time. But then Covid-19 struck.

Revenues are down and accountants are analysing every penny spent. The early stages of lockdown saw big clubs furlough recruitment staff despite the transfer window approaching.

Those same clubs then spent millions on transfers during the summer. At all levels of the game, scouting contracts are not being renewed, while scouts who operate with even less security as freelancers are not being sent to games, meaning their income has dried up overnight.

Worse still, a scout’s sense of purpose has been taken away. For someone who has dedicated their working life to this profession, having it suddenly stripped away can do immense damage mentally.

Uncertainty, anxiety and a lack of security can be a dangerous mix for the mind and increased levels of stress, boredom and fatigue have a negative impact on wellbeing and mental heath.

Many scouts have now found themselves cut adrift, as clubs either reduce their spend on scouting, or in some cases scrap entire departments.

The more articles I have read about clubs releasing scouts over the last few months - from the very top of the game right down the football pyramid - the more I have questioned whether they are making prudent decisions.

Smart owners should be asking whether this kind of short-term saving will actually increase risk in the medium and long term. By reducing spending on scouting now, clubs might disproportionately open themselves up to mistakes in future transfer windows.

If player recruitment is to continue despite the current financial crisis, why would you then disregard the due diligence behind those investments?

At AFC Bournemouth, where I was Senior Recruitment Consultant for four years, the players we signed had been watched for years by really knowledgeable, diligent and hard-working scouts. Data was examined in detail too, by analysts, and the best decisions were the ones with the greatest amount of information behind them.

The ability to look back and track a player’s journey over a long period of time is crucial to smart recruitment, because it balances out variance.

If, by cutting back on scouting now, clubs end up with a knowledge gap about a player’s performance over a sustained period of time, then they could make a costly mistake when it comes to signing them - or not - in future transfer windows.

A mentor of mine once told me that “99% of a scout’s work will go to waste, and you have to learn to handle that”.

At first, I regarded that as a negative, but now I don’t. If 99% of the scout’s work prevents the club from signing players that aren’t the right fit, then it hasn’t gone to waste at all. In fact, quite the opposite.

Scouting is a relatively inexpensive insurance policy against a significantly more expensive investment. The amount of money that some clubs spend on quality scouting is incredibly low.

There are scouts in domestic professional football who attend games, write reports and are only paid their mileage. There are others, at clubs competing in European competition, who are on £400-a-month retainer contracts. They report on players who are signed for millions of pounds on seven or eight-figure contracts.

In a conversation with one Premier League manager about my role at AFC Bournemouth, which involved assessing the character and personality of transfer targets, I was told that his club had been unaware that their record signing did not speak English before they signed him.

Furthermore, they did not know that the player had a learning difficulty that would likely prevent him from learning a new language once he arrived.

“Some of the boxes were left unticked,” he admitted, with some understatement.

His club had spent in excess of £20m on the transfer fee and wages for one player without doing enough due diligence. Perhaps it was no coincidence that they ended up being relegated that season, the manager was sacked and the player in question left on a free transfer.

The case for quality scouting

Quality scouting (of both the player and the person) combined with data analytics might not prevent mistakes in recruitment, but it should limit risk.

After all, in what other industry would a company spend more than £20m on an asset, investment or acquisition, without doing its due diligence? I'll wait for the answer...

Alongside data analytics, there is still a need for quality scouting when making such important decisions, especially at a time when finances are tight in football.

As I've already explained, a perfect scenario is one in which scouts and analysts operate side-by-side, building evidence together. Scouts have to build a case to sign a player over a number of years.

As a Head of Recruitment, I would want to know what they had learned about the person as well as the player in that time.

I would ask my scouts a number of questions. What will this player bring to a Championship-winning team in addition to his on-field ability? What do your interactions with him, and viewings of him, tell you about the person as well as the player? Do they fit our culture? What is their character like?

If the scouts could make that case convincingly, and the data stacked up in every part of the process, then I would be more comfortable in asking my owner to sanction the investment.

I know that finances are particularly precarious in football at the moment, but I also believe that the numbers still support investment in good scouting - even at League One and Two level.

A £4,000 spend on a year-long scouting retainer contract should be offset as part of the investment in new players. A £1,500-per-week contract is a £78,000 investment annually. Sign the wrong players due to a lack of scouting and you cost your club many times that.

Would your club rather save £4,000 on a scout contract, or the significantly higher value of an unsuccessful signing?

It is also true that scouts can’t get into games as easily as they once did because of Covid-19 (scout tickets in England are now mainly limited to games against your next three league opponents), but, with the volume of games available to watch on the various video platforms clubs have at their disposal, I would argue that there is plenty of work that traditional scouts can still do.

If clubs say they can’t afford these video platforms, then I would point to the money they’re saving on not paying a scout’s mileage.

A scout’s ability to draw upon relationships built over years and pick up the phone to gather detailed information and opinion can be invaluable. Their ability to judge a player’s technical and tactical attributes and predict future outcomes remain, whether watching live or on video.

In this period under Covid-19 protocols, scouts can still be put to good use by combining both live and video scouting.

Innovative, progressive and successful Heads of Recruitment will find ways to invest in their staff and making them better. That is likely to involve training scouts to work in new, modern ways, investing in their understanding and use of technology and analytics, future-proofing them for the challenges that lay ahead.

Why you wouldn’t invest in your people like this? The best leaders will promote innovation without overlooking the values of tradition, meaning scouts aren’t cast into the wilderness for good.

Andy Burton was Senior Recruitment Consultant at AFC Bournemouth from 2016 to 2020, and is the former Technical Director of Dundalk FC. He is currently studying for the Football Association’s Level 5 Technical Director’s award.