Top clubs, physiotherapists and sports scientists have been involved in the development of the product, which will be available for shipping from the end of July.

“There is nothing like this on the market at the moment – it is 100% unique,” said Etches, a former Manchester City staffer. “I’d dismissed VR as something that wasn’t quite good enough before, but this certainly is.

“The fact it is hands-free, that it is a whole-body experience, that the frame rate is so fast that ‘sea sickness’ is not an issue all set it apart. This is a genuine elite-level product with many applications for professional clubs.”

Etches foresees two main applications of Mi-Hiepa Scout at the moment. The first, as the name suggests, is for recruitment of players. Technical ability can be objectively assessed in a neutral environment, free of wind, rain, or a particularly pesky opponent.

“For example we have a future vision of putting units in China, allowing you to quickly and efficiently test a player’s ability without having to watch replays of games,” Etches explained.

“It provides an objective, ‘sterile’ environment, meaning all players have exactly the same conditions and can be compared equally. A youngster could go through our tests in 30 minutes and you would get objective data about their ability and performance. You could test 1,000 players a week as a first point of filter.”

I tested the kit myself, at Mi-Hiepa’s office in central Manchester.

As soon as I put on the HTC Vive headset, customised boots and RDX shin pads, I was transported into another world, one of manicured pitches and eager defenders. The setting is life-like, because the physics of the training ground were created using motion tracking filming at a pro venue.

The experience was immersive and engaging: I was able to look down at my virtual boots and wiggle them about; and as I bent or swayed, my eyes moved with me.

Etches said this is what sets Mi-Hiepa apart from other VR products: “They call themselves VR, but are actually just 360-degree video”.

One exercise involved standing in the centre of an arc of goals and shooting at the highlighted one as quickly as possible after it flashed up.

Needless to say, no Premier League clubs will be clambering to sign me, but it gave an insight into the possibilities of the product. As I laboured, Etches was watching my ‘performance’ and metrics on both a monitor and laptop at the side of the room.

The second main use of Mi-Hiepa Scout will be rehab, Etches said. Another exercise involved tracing a glowing dot with my toes as it moved around a letter of the alphabet with my toe - which is a lot harder than it sounds. Again, data about my performance and condition was sent to the laptop. 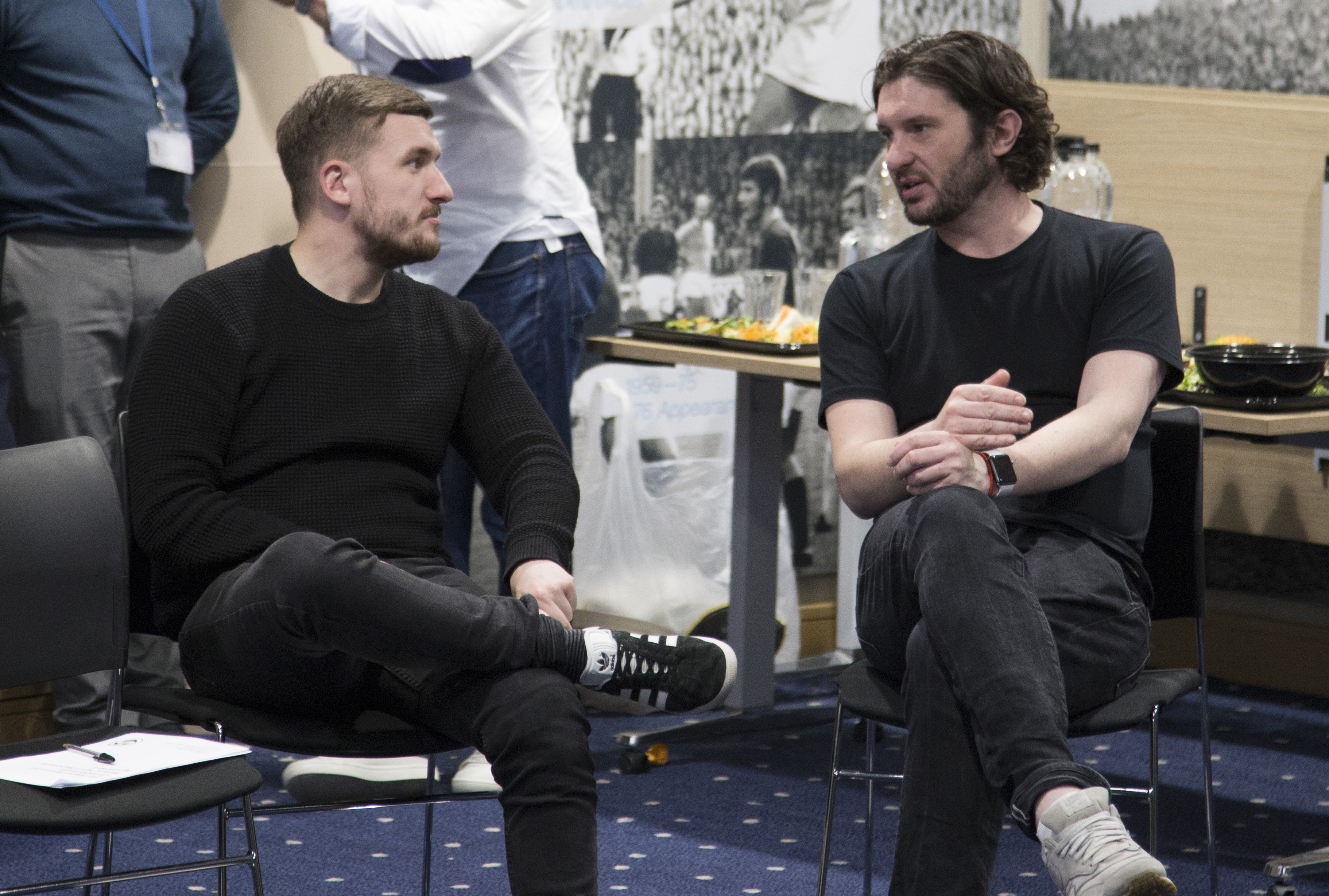 “One of the problems many clubs are trying to solve is player engagement during rehab,” Etches explained. “This product certainly does that - while providing a lot of very valuable data. Clubs have certainly been extremely enthusiastic about this application of the product.”

In buying a licence, clubs get a customised HTC Vive headset, customised boots and RDX shinpads, which contain a series of sensors, as well as a top-end laptop, cables and a monitor.

Ray Qudos of RDX, who manufacture the customised shin pads, said: "RDX are happy to be providing development support to Mi Hiepa Scout on this exciting development. We know our products are some of the best in the market place, but to be approached for such a unique and impressive application like this, was surprising, interesting and a great testament to our quality."

There is a one-off installation fee followed by monthly payments. Players only need a small space, 15 feet from corner to corner, to perform the tests, and all of the kit fits into a ‘treasure chest’ measuring one metre by 400mm allowing quick set up and transportation and no need for a dedicated room.

Data is sent to the powerful laptop provided before going onto the Mi-Hiepa server where more detailed number crunching takes place.

Providing meaningful data is one of the product's key priorities. Etches, who is currently in the process of qualifying as a pro scout, has worked with sports data for a while and understands the importance of making this usable for pro clubs.

“We ensure that the data will be readable and understandable for a normal human being,” he added.

“One of the issues in pro football can sometimes be a disconnect between the people who collect the data and the coaches who are using it.”

Etches is currently in the process of travelling up and down the country to give demos of Mi-Hiepa Scout - and says the feedback has been very positive.

Clubs wanting to arrange a demo of Mi-Hiepa Scout can contact Etches on andy@mi-hiepa-scout.com.