MANCHESTER CITY Academy boss Jason Wilcox admits something ‘unbelievable’ has to happen for a teenager to make their first-team debut at the club.

Phil Foden, the player of the tournament at the Under-17 World Cup in October, did make his debut in the Champions League against Feyenoord on November 21st. At 17 years and 177 days, he was the fourth youngest Englishman ever to have appeared in the competition.

Yet manager Pep Guardiola has not given a Premier League debut to any Academy players since taking over at the club last summer.

Wilcox, who took over as permanent Academy boss last month, admitted something extraordinary had to happen for a teenager to break through. He cited the example of Marcus Rashford, who was given his Manchester United debut under Louis van Gaal when there were a raft of injuries to established players.

"It has to be a phenomenon now, something unbelievable or a circumstance, [like] a first-team squad that is decimated by illness or injury to give someone an opportunity, a bit like Marcus [Rashford],” Wilcox told the Manchester Evening News.

"Nobody accepts it, I don't accept it. But it's the reality. I'm still desperate to see the boys play but I'm also realistic so the boys have always got to have that aim. 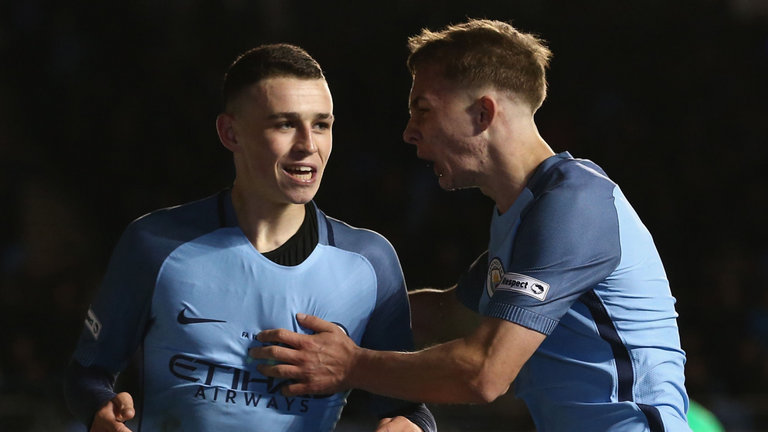 READ MORE: Soriano - 'more to do' on homegrown players

"They've always got to be ready. An opportunity will arise at some point and they've got to be ready to take it. Our job is to get them in the right shape, the right frame of mind, the right tactical level, the right physical shape and ultimately temperament is a big thing.

"You never quite know until you shove them in that arena because they can be the best players in the 23s but you put them in the first-team arena and some thrive on the pressure and some crumble."

City have done research (which they are not willing to share with TGG) showing that 83% of players in the quarter-finals of the Champions League over the last 10 years had made their debuts at the age of 17.

Wilcox also reiterated his belief that winning is not the be-all at Academy level.

He said: “Can we remember winning the Under-18s league two years ago? No-one cares. I was the coach and no-one cares.

"At that moment in time it was really important, and important to me, but it's not more important than getting the right challenges for our players and looking at individuals.

"We want to compete in certain tournaments - the FA Youth Cup, the youth Champions League - but winning leagues and titles is not a marker of success. It is a byproduct of your development programme, of good recruitment and good staff.

"We have to get the boys in this process of evaluating and learning and you don't learn when you're winning 80 or 90% of your games.”