Why Subbuteo will be key for Boothroyd's U21s

Subbuteo is important because the players are 'kinaesthetic', Boothroyd says

Victory in tonight’s game against the hosts will secure England a place in the semis of the Euro U21 tournament for the first time in four attempts.

In an age of data and video analysis, Boothroyd revealed that an old-fashioned game will be prominent in his half-time routine.

“We’ll have the Subbuteo table there,” the 46-year-old told the FA's Boot Room. “[It] has become quite popular now because players are quite kinaesthetic and they want to grab hold of things and they want to shift them around. 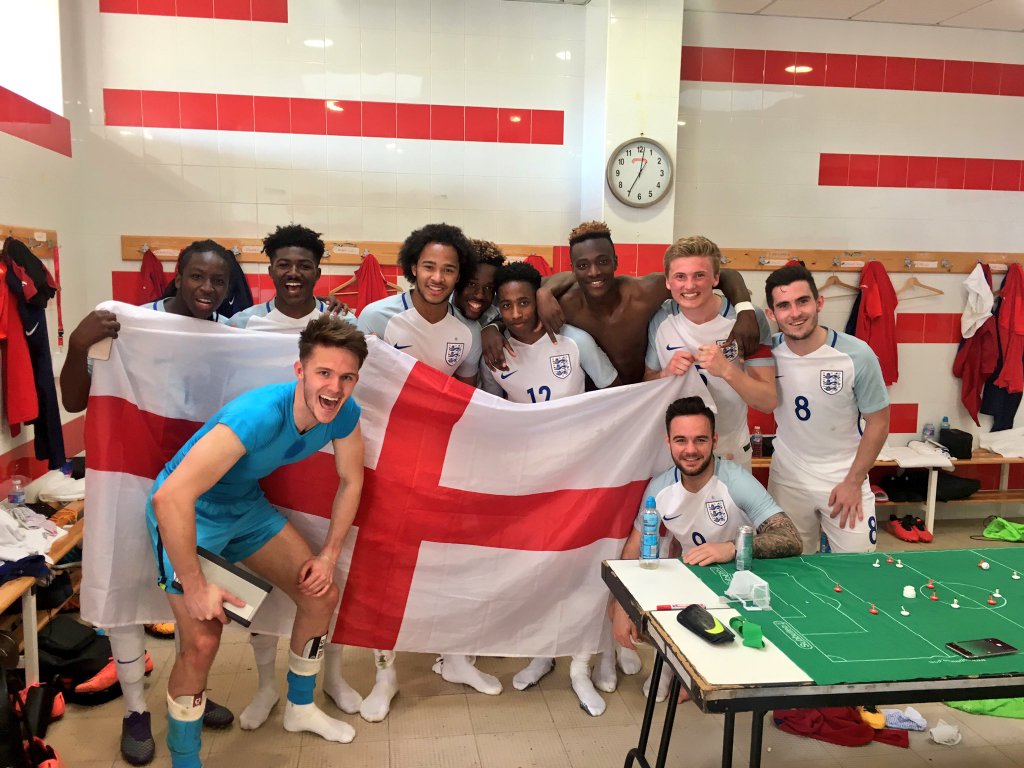 “We also find the players will talk more when it’s about them in that particular position. We want our players to be empowered and we need to facilitate the discussion in different ways to help our players think and become thinking players.”

Boothroyd, who joined the England set-up in 2014, has used Subbuteo as a half-time tool for a while. When his England Under-19s qualified for the Euros last March, they were photographed next to a Subbuteo pitch in their dressing room after the game.

The former Watford boss also said he and his coaches decamp to another room when the players first come in at the interval.

“After the first half it’s up to the coach to facilitate a period of calm where they can come in, have a drink, say what they’ve got to say and quieten their minds," he said.

“Me and the other coaches will be in another room and there will be flipchart paper on the wall. There will be our two specialist coaches for in and out of possession as well as our goalkeeping coach.We will have somebody in the dressing room whilst the players are talking so that can then get fed back to me [because] I don’t want to waste time talking about things if they’ve already done it.

“When we go back, we will use the key messages to pose questions to the players and give them the chance to come up with the answers. But if they do need a bit of help or a push in the right direction then we’ll do that.

“The half-time communication is a case of filtering the things that are going to help us win the game. What is most important is that you remain very calm, but you also remain very structured in what you do.”