Why Rangers have partnered with Orange County

OVER the course of the next few months, a small section of Glasgow will be relocating to southern California.

Rangers will be sending three of their young players to Orange County Soccer Club, as well as a Head of Sports Science, a member of the commercial team and an Academy Manager - a position which they’re advertising for at the moment.

These moves are part of a partnership that was first announced in December 2019 and is now moving into its second season. Inevitably, things have been disrupted by the global pandemic, but both parties remain passionate about the possibilities of the link-up.

The clubs explain that the partnership is based on “football, youth development and commercial activities.”

Rangers Academy Manager Craig Mulholland has been closely involved throughout and is excited about the opportunities for player development - on both sides.

“The best young US talent will be able to look at Orange County as a credible option for them, with a top European club at the top of the pyramid,” he told TGG.

“Should that player do well through their pathway, they will have the possibility of joining a European club. That makes Orange County a real positive option for US players.

“For us, there are opportunities for our young players to develop on their pathway from Academy to the first team. When we’re looking at loan opportunities, we will know there’s an environment where the coaching staff are first class and where the style of play mirrors, to an extent, our own.

The destination isn’t too bad either, of course - average temperatures pushing 30 degrees throughout the summer, hardly any rain and several beaches just a short drive away.

The visa process is already underway for the three young Gers, who are yet to be named, to move to Orange County next season. One will be a permanent move and two will be loans.

Last season three players made the move from Glasgow - Cammy Palmer, Matthew Shiels and Danny Finlayson. Palmer subsequently signed for Linfield, Shiels is now on loan at Clyde and Finlayson is on loan at St Mirren. 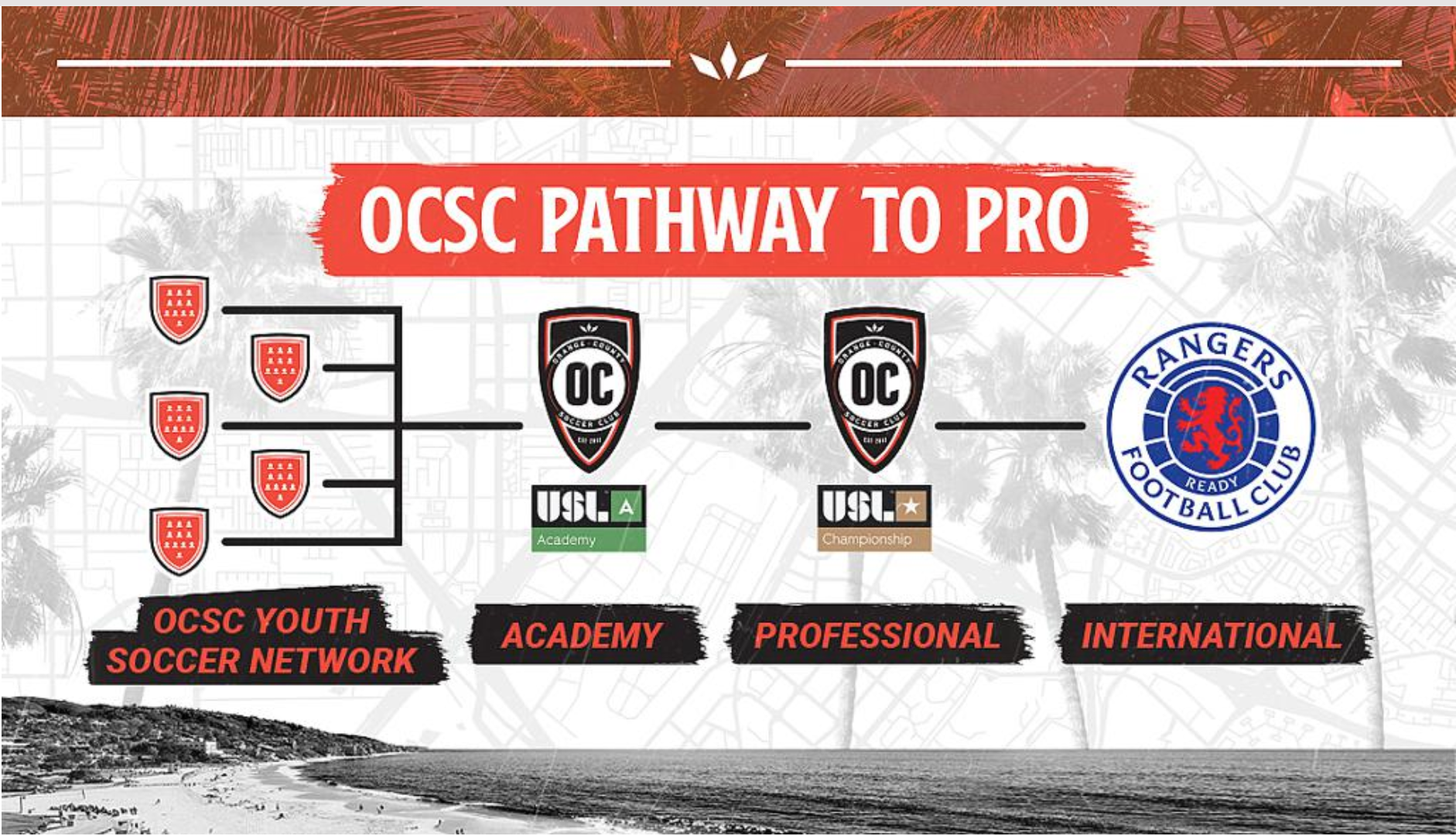 Orange County, founded in 2010 as the Los Angeles Blues before a name change in 2018, play in the US Soccer League, which is the rung below the MLS and the fastest growing second tier in world football.

This season they are launching an Academy squad which will compete in the inaugural USL Academy League.

“We think the competitiveness of their league, the people who are going to be looking after their development and the style of play means we can find a home for our young players which will best help them on their journey to becoming Rangers players,” said Mulholland.

Mulholland admits US football is a goldmine of talent that Rangers are eager to tap into.

“If you look at the US, there are a lot of players there and a massive amount of talent,” he said. “Orange County have got a new stadium in the Great Park, surrounded by something like 50 pitches. 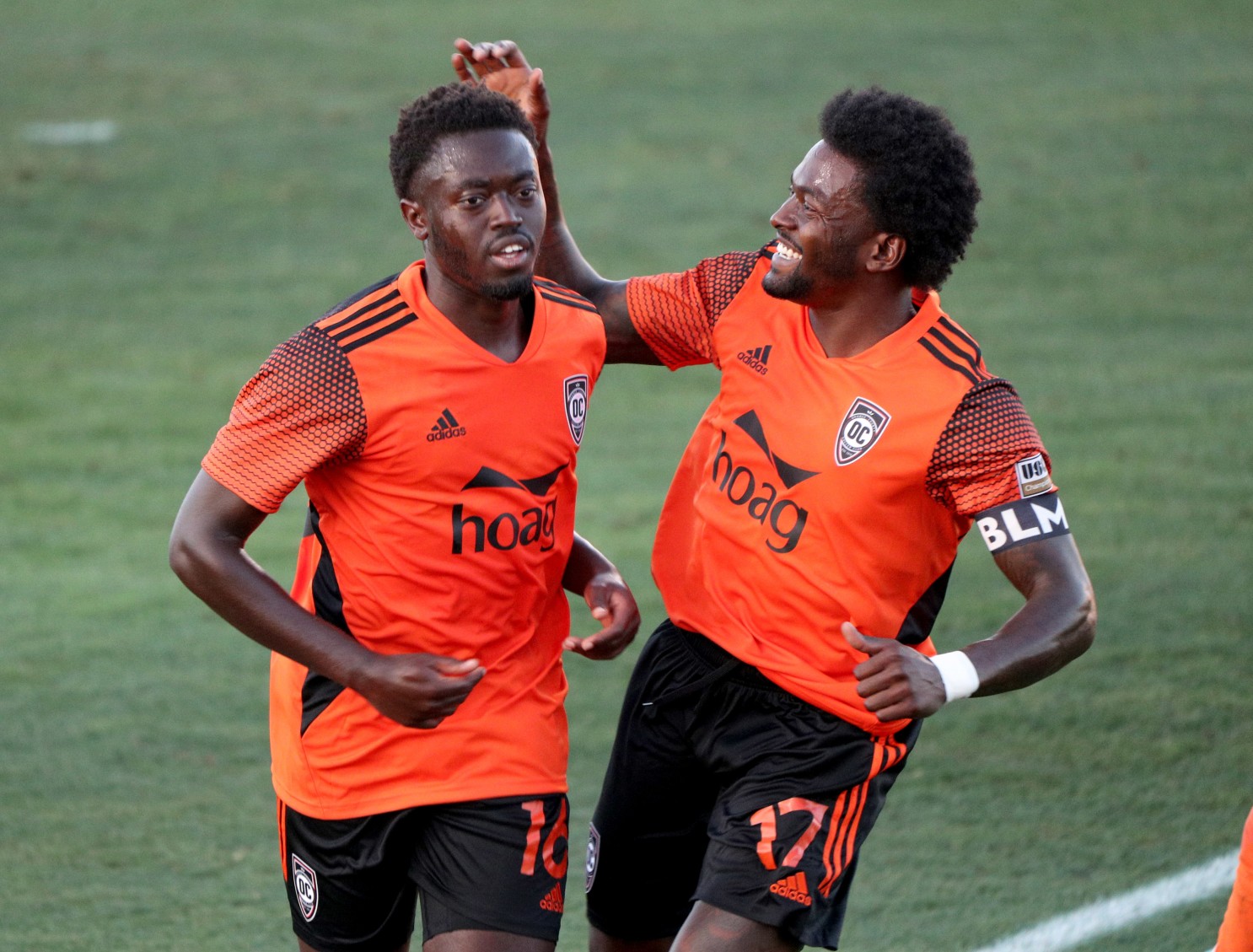 “I remember when we first went out there at night time and the number of players on these pitches around the stadium was just incredible.

“Of course they’re not all going to be good enough to come here, but we do think there are a number of young players who could become an option for us at Rangers.

“If they do come here, they will be well schooled in the philosophy we want to impart, because Orange County and the staff will be operating with a very similar model to us.

“We have good people on both sides and an aligned vision. Their average home attendance has been just over 3,000 to date, but they expect that to increase quite dramatically. They’re a real growth club.”

In turn, Orange County have been able to tap into the expertise and experience of an established European club.

“What we hopefully bring to the partnership is our methodology and best practice, which they can share through their club,” says Mulholland.

This is why several Rangers staff, as well as players, will be embedded in the USL club next season.

Belgian Thomas Carpels, who has been with the Gers since September 2017, working with their Under-20s and B team, will move out to become Orange County Head of Sports Science.

“Thomas is also an A Licence holder and will work with their first team, oversee sports science within the new USL Academy side, and do a bit of coach education with the Academy partnerships as well.”

The tie-up with Orange County is part of an overall strategy that the Scottish league leaders are pursuing.

In September 2019 announced a link-up with Indian Super League side Bengaluru FC and Commercial and Marketing Director James Bisgrove explained: “We are pushing this international strategy, because we don’t have the automatic global profile of Premier League clubs, who are exposed to viewers all over the world several times a week due to the broadcast landscape.”