WITH 15 Premier League clubs now employing a Sporting Director or equivalent, the question is no longer why the post is important, but rather how it can be executed effectively.

In an article for TGG last year, I identified the Sporting Director as one of five key roles transforming high-performance sport. Most people agree that this person is responsible for organising a club around an overarching vision and strategy.

What exactly does that mean though? And what capabilities are required to make the vision more than an unrealised statement of intent? That's something I'll explore further here.

As you can see from the list below, we are still some way from uniformity of title for the Sporting Director role. Furthermore, there isn’t a precise definition of this person's functions and responsibilities, when there probably is in countries such as Germany and Italy.

At Elite Performance Partners, we see the Sporting Director as the linchpin between the chief executive and Head Coach; the bridge between the football and executive functions of a football club.

This person needs to be able to speak the language of both the sporting and business sides of a club. He or she needs to be a bridge across the organisation, gathering all departments around a common vision and strategic plan.

Clubs are operating in an increasingly competitive and complex world, in which coaching, science, recruitment, analysis and medical are all integral. Bearing this in mind, it’s crucial that all the different departments have aligned thinking, processes and decision-making.

The main challenge in professional football - or in any elite sport for that matter - is of course to win in the short term. The Sporting Director is there to both develop and protect the overall vision, philosophy, culture and strategy required for sustainable success.

This means avoiding knee-jerk reactions when there are inevitable dips in form.

In a recent interview, Norwich City Sporting Director Stuart Webber explained how the long-term philosophy of the club had prevented Head Coach Daniel Farke from being sacked following a disappointing 2017/18 season in which the team finished 14th.

“Our criteria wasn’t just win, win, win,” Webber explained. “If that was the case, Daniel wouldn’t still be here. We came back to three things - implement a certain style of play, be open-minded in the transfer market and promote young players from within.”

Webber could see that Farke was making progress in these key areas and believed that results would improve in time. Now, with the German still at the helm, Norwich are top of the Championship table.

To succeed, Sporting Directors need to be given breadth and space to oversee the sporting operational side of the organisation, without becoming too obsessed with what happens on a given Saturday. This allows a Head Coach such as Farke to concentrate on winning the next game furnished with the tools needed to be successful.

When Dan Ashworth was interviewed on Sky following his appointment as Technical Director at Brighton and Hove Albion last year, he cited four pillars to his role: first team performance, Academy, recruitment, and sports science and medicine.

Recruiting and retaining the members for these different teams is vital. The first task of a new Sporting Directors is often to bring in a Head Coach who will take responsibility for delivering on the pitch.

World-class, international knowledge of players is important, but a smart partnership with a strong Head of Recruitment can make this a reality, no matter where the Sporting Director comes from (more of that later).

What is more important is that the Sporting Director understands how to construct the player journey and is able to lead a world-class talent pathway. They will also require an understanding of, and appetite for, future trends within the game.

Sitting above all these capabilities are leadership skills, which are not easily acquired. Decision-making and clarity are key, which means giving people the ability to focus on their own roles whilst providing the support and challenge they need to improve.

The need is for someone who can lead - as opposed to just manage - the different football functions of the club.

There is a big difference between those two words, even if they're often lumped together. In his book Leading Change, John P. Kotter identified a shift at the top of organisations from requiring managers who managed the status quo to leaders who were able to create and communicate vision and strategies.

He argued that this was a defining difference between the 20th and 21st century models of business. This is what people like Ashworth provide above all else: strong leadership, true cultural understanding and the ability to lead and develop a high-performance culture.

You will see from the list of Sporting Directors (or equivalent) above, that all of them, with the possible exception of Tony Khan at Fulham, have come from within football.

However, I would argue that what is most important about this role is having leadership skills and behaviours common to all successful sporting organisations.

Simon Timson is a great example of a strategic leader whose skills are completely transferable, having gone from skeleton to cricket to Performance Director at UK Sport, where he oversaw all Olympic sports in the run-up to Rio 2016.

Now he is Performance Director at the Lawn Tennis Association. At Elite Performance Partners, we are lucky to have worked with him and I’d be confident he could have a major impact at any football club too. 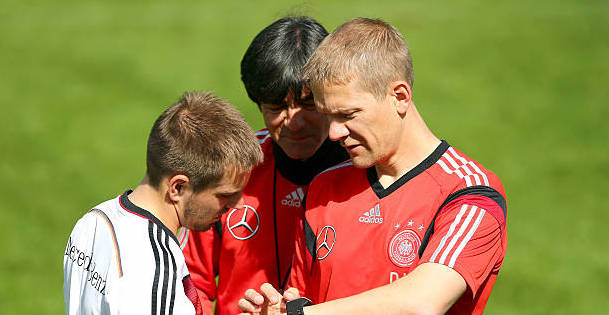 Yes, you could argue that he would need a decent Head of Recruitment to get him up to speed in the transfer market, but so too could Ashworth, having worked for almost seven years at the Football Association before joining Brighton at the start of the year.

We have been privileged to help the FA as they use lateral thinking to drive their recruitment of key leaders, bringing in Pippa Grange, Bryce Cavanagh and Kate Baker. None of the trio had previous football experience but all have made a huge impact already.

As we’ve discussed, the Sporting Director needs to have real authority and responsibility to be effective.

However, there have been some watered-down versions of the role in the Premier League, with a more traditional (over) reliance on the manager/ head coach to continue to lead all media interaction, recruitment and management of performance staff.

In my view, this defies the point of the role. By introducing a Sporting Director or equivalent, a head coach should be given the ability to focus on delivering the best performances on the field, whilst the man or woman above them outlines a vision, recruits the right people and creates an environment that allows the team to thrive.

Ultimately, the staff at a football club are a team, just like the one we seen out on the pitch. Everyone has their own role and responsibilities, aligned to a common view of success.

This view of success comes from clarity; this clarity comes from strong leadership that can navigate (perhaps unrealistic) owners, a changing landscape and ever-increasing knowledge to bring a competitive edge. This strong leadership should be provided by the Sporting Director.

Lack of clarity and strong leadership are the two biggest issues in top-level sport. To keep moving forward, we need Sporting Directors who can give a cultural and strategic vision, allowing others to concentrate on day-to-day concerns.

Those effective Sporting Directors are just as likely to come from outside football as within it.

DAVID SLEMEN: How the Director of Strategy & Analytics can unlock performance