WEST BROM won the Premier League fitness title in 2016/17, with the lowest number of significant injuries and days lost to injury.

The Baggies had only 14 significant injuries (defined as having kept a player out for 10 days or more) all season, with 319 days lost to injury.

Champions Chelsea came second in both tables, with just 20 significant injuries and 358 days lost. Perhaps this was no surprise, as 2015/16 champions Leicester had topped both tables last year.

There is clearly a correlation between success on the field and the number of injuries a team sustains. Prevalence of injury has been proven to be one of the biggest factors in the success of teams.

There was also a correlation at the bottom of the table, with Sunderland - who finished six points adrift at the bottom of the Premier League proper - propping up both injury tables. They had the highest number of significant injuries, 47, and the most days lost to injury, 1813.

West Ham, who finished in 11th place in the Premier League, came second bottom in the injury tables, with 46 significant injuries and 1737 days lost to injury.

Altogether, 20,576 were lost to injury across the Premier League, with 614 significant injuries.

Lost days equated to a staggering £131,314,980 in player wages for the 20 clubs, which makes you understand why strong sports science and medical departments are a priority for all.

The research was done by the respected Premier Injuries website, which is run by Ben Dinnery, in conjunction with Hippo Marketing. 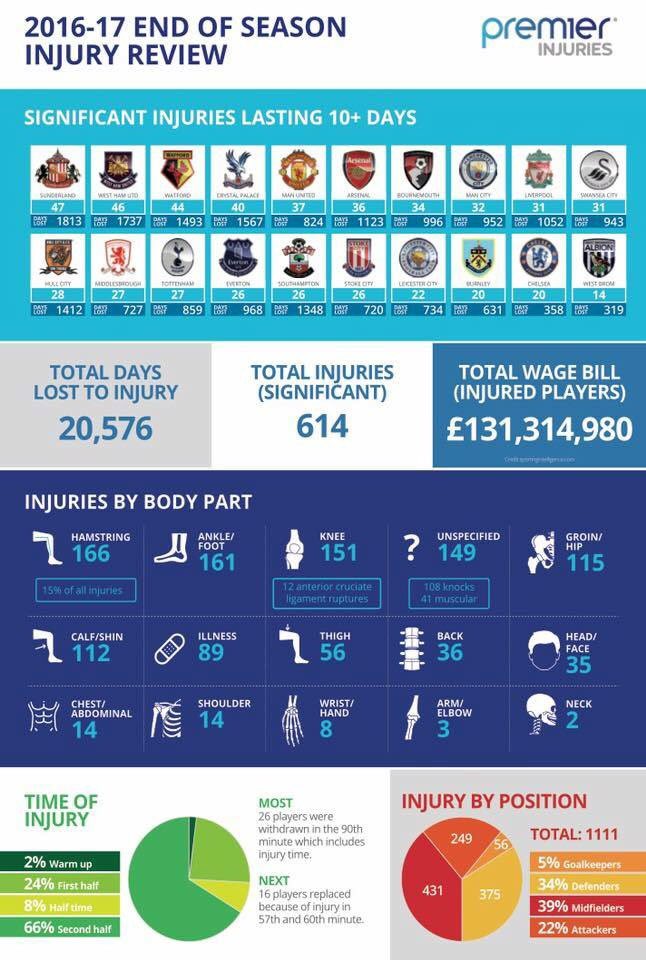 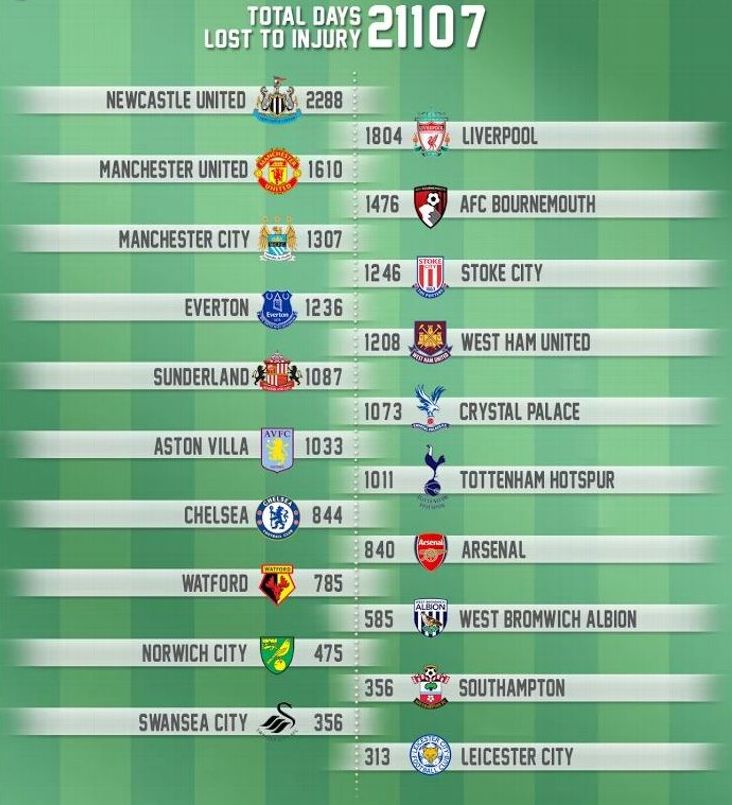 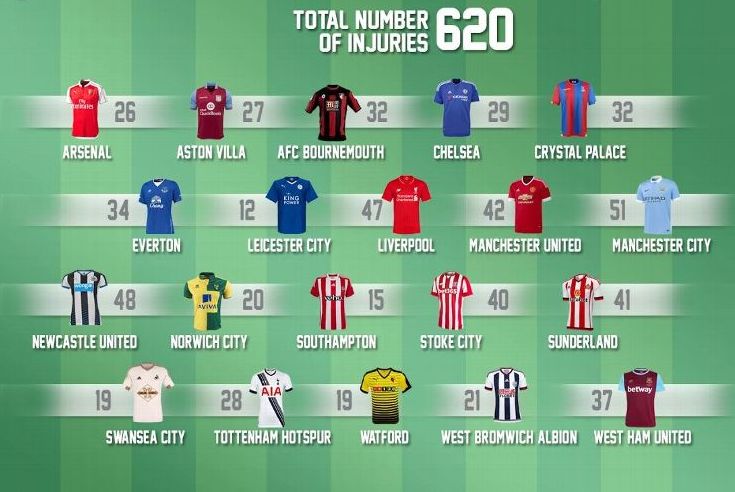