FOOTBALL has lost one its “brightest young coaches” following the sudden death of Ugo Ehiogu - a man who ensured he was as qualified and experienced as possible for a career in management.

The former England defender collapsed at Tottenham’s Enfield Training Centre yesterday following a cardiac arrest and died in hospital in the early hours of this morning.

Ehiogu was one of the country's most highly-qualified young coaches. He had completed the Uefa Pro Licence – Europe’s highest coaching qualification - and was due to graduate with the LMA Diploma in Football Management this summer.

Course director Dr Sue Bridgewater told TGG: “First and foremost, Ugo was a lovely and very genuine man and my thoughts are with his family and friends. This will be a terrible time for them. We are in shock at the news at the LMA.

“Ugo was very smart and was diligently preparing himself for a career as a manager. I genuinely believe he would have made it. He was one to watch for the future and undoubtedly one of the brightest young coaches in the country.”

Ehiogu retired in 2009, having played more than 400 games as a professional footballer – over 350 of them in the Premier League. After retiring, he decided he wanted to become a coach and set about making himself as qualified and prepared as possible.

At first he worked part time with Tottenham, before being offered a full-time role managing their Under-21s and then their Under-23s. As TGG has outlined before, the Under-23 coach is crucial at any top club, providing a bridge between the academy and first teams. 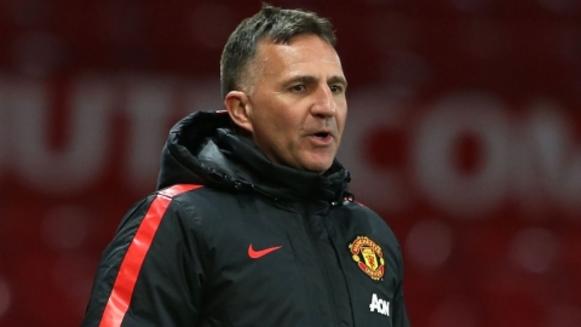 READ MORE: Why U23 boss is football's unsung hero

Ehiogu did it well and was both valued and respected by manager Mauricio Pochettino. As well as working at Spurs, he had set about becoming as qualified as possible. Once Ehiogu completed his Uefa A Licence, in 2013, he took the Pro Licence, with the help of a BAME grant from the Football Association.

He was due to complete the LMA Diploma - which is academically accredited by the University of Liverpool - this summer. Ehiogu also gained experience coaching the national side by working alongside Peter Taylor at the Under-20 World Cup in 2013.

Before the tournament, Taylor said: “Sometimes, players just wake up one day and say they want to be a coach, but it just can’t be done that way. You have to go through the long process of working and studying and when they do that, you know they are very serious about it.”

With everything he did after retiring as a player, Ehiogu proved he was extremely serious about a career in management.