Tributes paid to Steve Black, the coach who did things differently 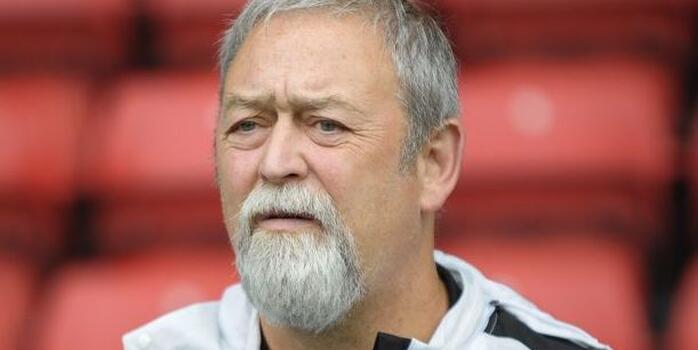 STEVE BLACK, who has died at the age of 64, was a coach who liked to do things differently.

His path into professional sport was certainly different to that of most other performance coaches. From the age of 16, he had worked as a bouncer at the Corner House pub in Newcastle, before Kevin Keegan handed him his big break.

“I was known as a hardman and, to be truthful, I revelled in it,” Black later recalled. “I was always ready - I’d try to talk people out of fighting, but if I couldn’t I’d chin them.

“As word got round, fewer and fewer people would took for trouble when I was around.”

His life changed when he completed a degree in sport science at Northumbria University and started to work in local health clubs.

“I had great success, working with women in their fifties doing aerobics, with young boys wanting to train like kick boxers, but, of course, that doesn’t open doors into the professional sports world," he recalled. 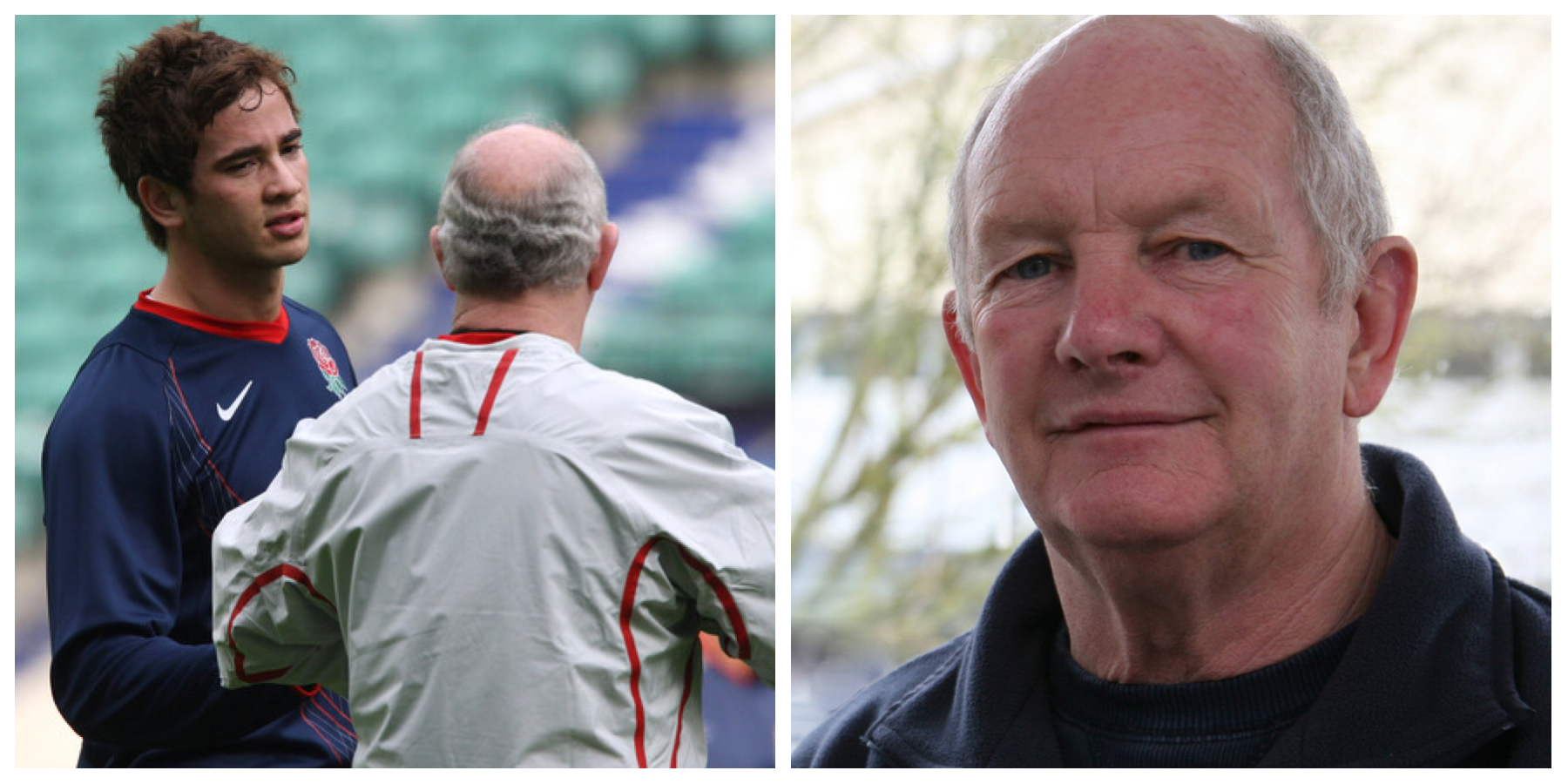 "Somebody had to take a chance, because in football former players often prolong their careers by suddenly becoming coaches, just like that, but Kevin Keegan broke the mould and employed me.

"He'd heard about me and my style - you can either do something the same way as everyone else or do it differently, and I prefer to do it differently. Kevin asked me to go to United on a three-month trial but I was taken on permanently after only a week."

Black worked for the Magpies for a total of five years, during which time they almost won the Premier League title and were known as the great entertainers. He also spent time with Newcastle Falcons rugby union team, which is where he encountered a 17-year-old fly-half by the name of Jonny Wilkinson.

The duo forged a lifelong personal and professional relationship and Wilkinson later described his friend and mentor as “the best at what he does.”

It wasn't long before word spread beyond Newcastle about this charismatic and innovative performance coach. Black went on to work with Wales and the British and Irish Lions in rugby union, as well as with more than half a dozen football teams, including Sunderland, Fulham, Norwich City, Huddersfield Town, QPR, Derby and Fleetwood Town.

Yesterday (Sunday February 22nd), after Black's death was announced by his family, tributes poured in from players and coaches he had worked with.

He was the most genuine kind man. Full of love and inspiration… Rest in peace Blackie ?? https://t.co/NED6KIKoiA

Former England fly-half Danny Cipriani said: “He was an unbelievably special human being. He was all about making people better and sharing his insight with anyone and everyone he met.”

Bristol Rovers manager Joey Barton described him as “one in a billion" and a "unique character”. Former Sunderland boss Peter Reid said he was a “wonderful man.”

Because he did things differently, Black's job title could be hard to pigeonhole. He was variously described as coach, fitness expert and psychologist, even though he didn’t have any formal qualifications for the latter role.

In 2019, he said: “People have said for years, ‘What should we call you?’ Coach, General Manager? I’m not bothered. It’s the effect I’m worried about. The philosophy is to help people.”

Josh McClaren, whose father Steve brought Black onto the staff when he was both Derby County and Newcastle United manager, and who has a Masters in sport and exercise psychology, told TGG: “Steve was often described as a psychologist, even though he wasn’t qualified as one. For me, that didn’t matter at all.

"Psychology - and coaching in general - is about engaging with the person. That’s what gets you performance and it’s where even some people who are highly qualified struggle.

“This was where Steve was absolutely unparalleled. He developed strong bonds with his players and staff, which is evident in all the tributes you’ll have read about him. He helped me a lot personally when I was doing my own studies and we’ll miss him a lot.”

“Steve used the experience of life,” he told TGG. “He’d had a tough upbringing and had to struggle and fight - sometimes literally - to get where he did. Rather than sitting back, he thought, ‘Hang on a minute, I can use this to help other people to get better too.’ And that’s what he did, that was his raison d’être.

“Coaching qualifications can narrow you down and become quite restrictive, because you end up thinking the same way as everyone else and doing what everyone else has done.

"Steve was completely different. He’d experienced life’s ups and downs, learnt from them, and then used them when he was a coach and mentor.

“Kevin Roberts, who’s my mentor, has a saying - leaders are caring but demanding. That was Steve. He was also a great listener. If he had something valuable to contribute, he would, but otherwise he would listen.”

In March 2014, Black was appointed Professor of Practice Visiting Fellow at Newcastle University Business School and worked with many business as well as sports people.

Terry McDermott, who worked with Black when he was on the staff at Newcastle United and later Huddersfield Town, was among those to pay tribute to ‘Blackie’ yesterday.

“Devastated to wake up to the news my big mate Blackie has passed away,” McDermott said. "Words can’t do justice to what a top bloke he was and he will be missed very much by everyone who knew him."

In his book, ‘Living For The Moment,’ McDermott told a story that illustrated Black’s non-conformist streak and also his willingness to stick up for the group, even if it caused him problems.

"Dean (Hoyle) was the chairman as well as the owner,” McDermott wrote. “He was also a big fan and on one occasion his enthusiasm got the better of him, which caused a few problems.

"Against our advice, he wrote an article in the matchday programme before we played Exeter City criticising the team, saying there had been a lack of effort, a lack of this, a lack of that. You can imagine what the players thought of it.

"We ended up losing that game 1-0 and we had a meeting on the Monday involving all the staff plus Dean and Chief Executive Nigel Clibbens. In front of the players, Dean came out and apologised for his outburst in the programme.

“’Look, lads, I’ve let my emotions run away with me. I’ve learned my lesson, I won’t do anything like this again,' he said. Suddenly, Steve Black, who was our fitness coach and psychologist, spoke up.

"But not long after, they wanted to see Blackie in the office. I knew then he was going to be history. Sure enough, the next day he was gone, with the Chief Executive telling him the club couldn’t have people disrespecting the Chairman. We lost a little bit of spirit with Steve’s departure because everyone liked him."