I decided to write this impromptu piece after being inundated with questions about Game Changers. Frankly, I wanted to give my phone a rest.

Unless you’ve been living under a rock, you’ll know this Netflix documentary champions the vegan diet. The executive director is James Cameron and, as you’d expect, it’s super-slick and well-funded, having taken more than seven years to make.

In just one week, Game Changers generated more sales on iTunes than any documentary in history and its effect on Joe Bloggs right through to pro footballers, like the ones I work with, has been significant. The film is a mix of the good, the bad and the downright ugly, which I'll go through bit by bit here.

First of all, the good. The documentary does a good job of promoting the numerous benefits of plant-based foods. A wholefood plant-based diet of vegetables, salad, fruits, wholegrains, beans, legumes, nuts and seeds has been proven to be beneficial for our cardiovascular, brain, metabolic and gut health, immunity, cancer risk, inflammation, mood and appearance, due to its abundance of vitamins, minerals, anti-oxidants, flavanoids, phenols and fibre.

The film also does a nice job of highlighting the excessive association of protein with health and fitness. The environmental cost of meat and dairy production is also highlighted and it’s clear that more sustainable farming methods, as well as more people consuming a greater proportion of plant foods, are necessary to help the planet. 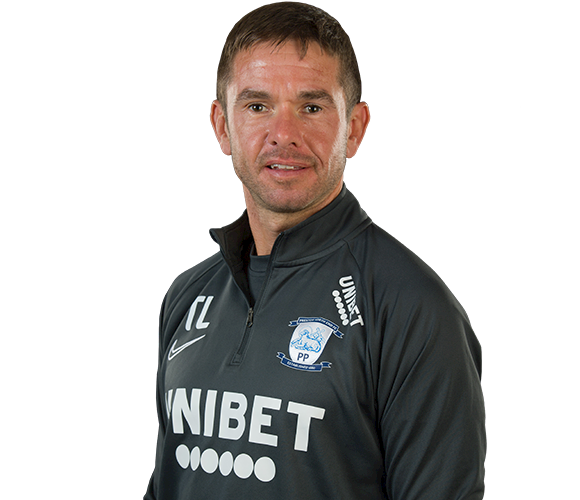 Little is the founder of Colour-Fit, a fitness and nutrition resource that is widely used in professional football

It's also great to see that you can be a successful athlete on a vegan diet and many other sports stars, such as Serena Williams, could have featured.

Meat, eggs and dairy provide important nutritional elements in superior quantities and qualities to plant foods. Therefore, most people will need to adapt their diets to compensate for this when starting a vegan approach.

Compared with meat and eggs, most vegan sources contain less protein, the protein is less easily absorbed and they typically contain a smaller range of essential protein elements, including the key muscle builder leucine.

Vegans can get sufficient protein by eating a range of plant-based protein foods such as soy products, mycoprotein, beans, wholegrains and nuts. Yet the documentary goes further by stating that plant-based foods are better and more complete sources or protein than animal-based foods and cites the largest nutritional cross-sectional study stating that vegans eat more protein than meat eaters, attaining 70% more protein than they need. This is simply not true.

The film also states that you get equal protein from three ounces of beef and a peanut butter sandwich. They fail to mention that this would require a hefty four tablespoons of peanut butter and provide 400 more calories than the beef.

For optimum health and performance, there are other considerations with the vegan diet, because it has lower quantities or is less bio-available than some non-vegan foods for iron, calcium, omega-3, Vit B12, creatine and collagen.

A well thought-out vegan diet can definitely provide sufficient amounts of these elements, but as one of the papers the film uses to support a vegan approach states, “they need to be well-planned out and appropriately supplemented”. 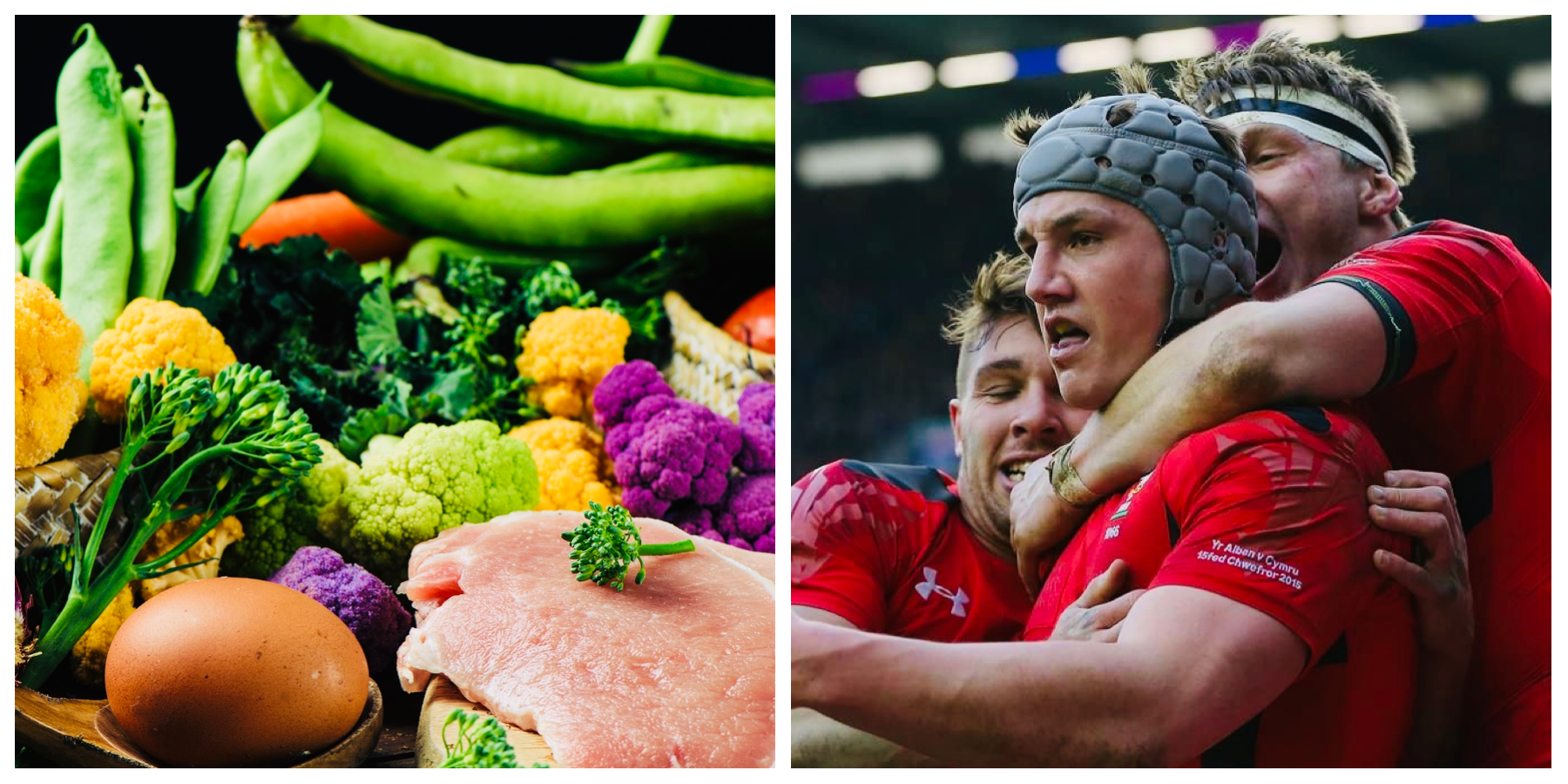 READ MORE: How Wales ate their way to the Grand Slam

Showing the vegan diets of numerous sports stars is compelling, although they are mainly from endurance-based sports. Vegan diets are mainly carbohydrate and these are the most efficient form of energy and therefore key to fuelling hard endurance events.

The high amount of phytonutrients in vegan diets will also help reduce inflammation, helping to keep the athletes injury free and healthy. But that’s endurance. What about sports that require strong and powerful muscles?

No problem. The films rolls out numerous strength and power based vegan athletes, including world record strong man Patrik Baboumian. A typical daily diet for Baboumian is available online and shows he has a vast intake of protein.

More than 50% of this is supplemented from protein shakes and he has further supplements in four of his six daily meals, such as creatine, beta-alanine and glutamine. To be fair, many non-vegan athletes would do the same, but to a lesser extent.

Game Changers presents itself as very credible by citing a range of scientific studies. However, closer inspection suggests the documentary cherry-picked research that is unrepresentative and often used out of context.

Common sense alone will tell you that some statements in the film are untrue. A shot of beetroot juice won't improve your bench press by 19% and, unfortunately, you won’t get a 20% bigger erection after eating a bean burrito.

Changes such as testosterone:cortisol ratio take place over time based upon multiple factors, not only a single meal. The highlighted studies often present a dichotomy of dietary choices – such as either eating plants or a diet consisting solely of processed red meat and sugars.

The film also uses vague definitions of terminology – carbs are frequently referred to as plants, for example, thereby misinterpreting the results. And ridiculous comparisons are sometimes used for isolated nutrients, resulting in the demonisation of foods that are potentially good for the diet, such as oily fish.

Game Changers infers bias in studies supporting non-vegan foods, as many of the studies referenced have potentially biased funding sources, but so too does the film itself, with Cameron owning a pea protein company.

The film conducts experiments in which the scientific rigour can only be described as poor.

There are minimal subject numbers, no appreciation of controlling variables (is it the swapping the meat for the beans or the cheese for the avocado that affected the results?) and there is no control over the numerous other environmental factors that influence the results.

Look, I fully endorse vegan diets and suggest everyone should have a high proportion of plant foods in their diet. Game Changers has certainly been effective at a population level in bringing about positive change in many people’s diets.

But to say that a vegan approach is better for health and performance than a balanced omnivorous approach is simply not supported by the weight of science.

There are more than enough benefits of vegan diets without needing to exaggerate claims, misinform and scaremonger. This does harm to the vegan movement and is potentially dangerous to the health of the population.

So do yourself and the planet a favour: eat a diet that has a high proportion of wholefood plants, but do it for the right reasons and in a manner that brings about optimal health and performance.

Dr Tom Little has a masters in sports science and nutrition. He has worked for Preston North End since June 2014 and founded Colour-Fit in 2016. This article is taken from the Colour-Fit Podcast.