Thubber: A magical material for sport?

This year marks the 20th anniversary of the film Flubber, in which Professor Philip Brainard (played by the late Robin Williams) invents a super-bouncy material with a mind of its own. Dr Carmel Majidi, of Carnegie Mellon University, is our latter-day Professor Brainard.

He has produced a material called Thubber - a composite of rubber that dissipates heat while remaining flexible. Now, the properties might not sound as exciting as flubber, but the applications are: it could allow you to replace your Fitbit with a disposable sticker, or to have powerful lights that are easily incorporated into your lycra running gear.

TGG spoke to Dr Majidi to find out more about Thubber:

CM: "Rubber has amazing mechanical properties – it matches the stiffness and stretchability of human tissue and you can implant it into the body or onto the skin. The problem is that rubber doesn't have great thermal qualities. If it gets hot, it becomes stiff and brittle. 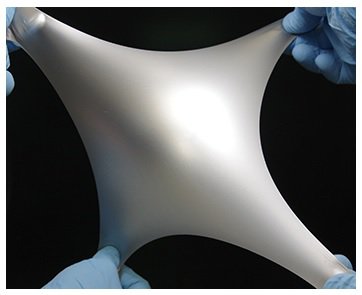 "It's a problem if you want to incorporate electrical or mechanical elements. Metal is the opposite – it has phenomenal thermal connectivity but is inflexible. Thubber gives the best of both worlds – the liquid metal supports the heat flow and the rubber gives it soft elasticity.

"We keep the metal in liquid phase so it doesn’t interfere with the elasticity of the composite. The heat is primarily travelling through the liquid metal."

Dr Majidi’s research team demonstrated their findings by mounting an LED onto a strip of the thubber around a jogger's leg. The thubber was able to dissipate the heat from the LED, which would have burned the jogger if simply attached to his leg.

CM: "That was a high-power LED lamp that gives you fantastic visibility. That’s the type of device you couldn’t support with conventional electronics, because you would get really large hot spots. With Thubber, you can incorporate it into recreational wearables.

Even something that high-powered is a fairly small chip measuring millimetres. You could easily incorporate it into clothing and it wouldn’t add too much bulk or rigidity. For runners, I don’t know of too many technologies that can do that."

CM: "This could be an immediate application, using Thubber for heat pads, to help injury recovery. I just had a ruptured Achilles and it was really important to have materials to support icing or heat. The issue with a conventional heat pad is that the rubbers themselves are thermally insulating, so the heat generated is localised.

"If you want that heat to be distributed over a large surface, [such as your quads], you need the soft material to be thermally conductive. Thubber can distribute the heat."

CM: "This is a really hot field at the moment. The important theme is having soft lightweight electronics that make contact with the skin. To make them compatible with the body, you want the electronics to be intrinsically soft and flexible.

"There are advantages to having all of those electronics integrated into a tattoo or a patch as opposed to a bulky device strapped to the wrist. With a smart watch you are very limited as to where you can put it on the body. As an athlete, you don’t want that. The tattoo or patch could be disposable, lightweight and low cost.

"We would buy a chip commercially and directly wire our liquid metal circuit to it. GPS is something we could add too.

"The biggest component is going to be the Coin Cell battery. The microprocessor, the wireless transceiver, any sensing chips - we are talking 10 to 100 cubic millimetres. Some of the passive components – resistors, capacitors – those are more in the order of a cubic millimetre.

"The bottleneck isn’t the microchip, it’s the materials, interfacing with the human body and what you do with all this data once it’s collected. The Thubber composite allows us to do that."

CM: "We are willing to work directly with companies to work out how to incorporate this material into their products and bring it to the market. The intellectual property is owned by Carnegie Mellon. We can supply companies with this material.

"Another nice feature is we can process Thubber like any other rubber. In its liquid state we can cast it, mould it, do 3D printing of it if we want, cut it with a laser and so on. A couple of companies have approached us, from energy applications to automotives to medical devices. We’ve been having those conversations.

"We would love to go out and shadow sports teams to see how they use technology currently and see how we can customise our solutions to make them relevant to soccer for example." 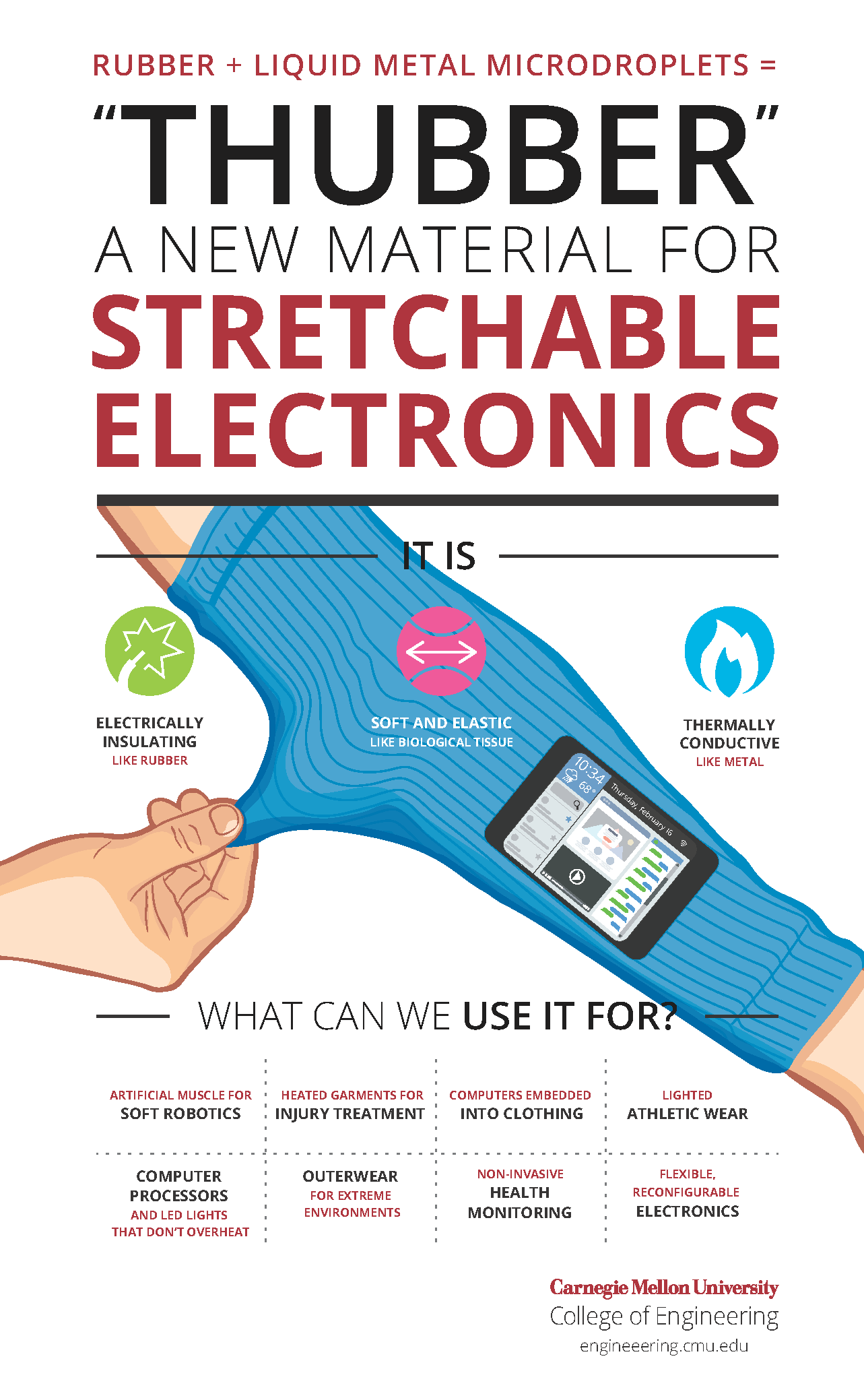