The 'art of defending' - or missing the point?

RIO FERDINAND says "people aren’t coached to defend as much any more". It's a familiar refrain about the Premier League. But is it true that we're getting it wrong with the coaching of young defenders?

The consensus certainly seems to be that the standard of defending in the Premier League has fallen, with managers seduced by ball-playing centre halves rather than good old-fashioned stoppers.

Ferdinand said: “The first question is 'can he play,' not 'can he defend.' Look at the new managers who’ve come in - it’s open expansive football. Teams are so much more spread now.

It’s quite difficult to assess whether the standard of defending in the Premier League has actually declined or not. According to myfootballfacts.com the average number of goals conceded per game (correct as of Feb 13th) is at an all-time high of 2.82, but only just - there were an average of 2.81 goals per game in the 2011/12 season.

Surely that stat can't be viewed as a definitive judgement on the standard of defending anyway. When pundits and ex-players decry standards, what they really seem to have in mind is the image of a Premier League centre-half (usually John Stones) being dispossessed as he brings the ball out.

Of course we want to see ball-playing centre-halves who can also keep good position, concentrate at all times and win their one-on-ones. But what comes first - the confidence to use the ball, or to defend flawlessly?

There seems to be a view that using the ball effectively and being able to defend are not mutually compatible. This is important, because what's said in the media and by pundits can have an effect on the views of young players and parents. 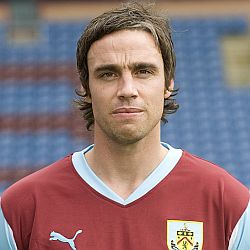 Many of us are familiar with the depressing refrain of ‘get rid’ when a defender takes possession of the ball in a game on a Sunday morning. The topic was touched upon during a discussion on 5live on Friday night. Michael Duff, the former Burnley stalwart, agreed with Ferdinand that, "People don’t coach defending".

He added: “The first thing people say about a centre back is ‘how good is he on the ball?’ For me, it’s the wrong way round. If he can defend, brilliant. It goes back to the Barcelona thing - everyone had to start playing like them, but other people didn’t have the players they did.

Playing out from the back and playing through the thirds (rather than playing direct from the first to final third) are key tenets of the Football Association's Future Game philosophy - and also key to the playing philosophies drawn up by most Premier League academies.

A few years ago, I spoke to Sir Trevor Brooking, then Director of Football Development at the FA, who lamented the fact not enough defenders were comfortable on the ball - and that most players didn't want to receive possession when they were being marked.

“Look at someone like Cesc Fabregas,” he said, “he’s very comfortable taking a pass even when a player is marking him tightly. Even in that situation, he has the technique to control of the ball, keep it and continue the move. If you can do that, it opens up so many more options.”

The fact it was Ferdinand who made the comments seemed particularly pertinent. When he arrived at Manchester United from Leeds United, he was one of the most gifted ball-playing centre halves in Europe - though one prone to lapses of concentration.

Sir Alex Ferguson reigned his game in, curtailing those sojourns forward, and he became a regular for club and country, winning numerous trophies. But, whisper it quietly - could he have become even better at the highest level if he'd used the ball more? And could United have been even more successful at European level as a result of it?

One thing's for certain, Pep Guardiola will continue to encourage John Stones to use the ball, even if it leads to mistakes. And next season we could see his patience and persistence pay real dividends.

Tuesday night's Champions League match between PSG and Barcelona provided a supreme example of the benefits that can be gained from technical ability and bravery (see below). With PSG already 2-0 up, goalkeeper Kevin Trapp had the ball in his hands inside the area.

There were four Barcelona players lined up in front of him. This is where Barcelona, with their high press, often frighten teams into going long and relinquishing possession, but PSG were having none of it. Instead, they used Barca's ploy to their own advantage.

Although the central defenders Marquinhos and Presnel Kimpbembe - both superb with and without the ball on the night - were available, it was midfielder Adrien Rabiot who took the ball on the edge of the box.

The prodigiously gifted 21-year-old rolled away from his marker, drifted out towards the left and passed to Julian Draxler. The German played a delightful one-touch to Blaise Matuidi, who quickly played inside to rampaging left-back Layvin Kurzawa.

Because of PSG's willingness to take the ball on the edge of their own area, even when players were marked, half of Barca's team had now been taken out of the equation. This meant the Frenchman had acres of space to gallop into before finding Angel Di Maria, who shrugged off a desultory challenge from Andres Iniesta, and curled a sumptuous finish past Marc-Andre ter Stegen in the Barca goal.

It was a goal that would have had Guardiola purring. But was it one many make less likely when they complain about 'the lost art of defending'?

Many coaches dont allow kids to play out like this as mistakes likely It's done in the CL let it happen on a Sunday morning @CoachingFamily pic.twitter.com/SWjDvJhntW