Tale of the tape: Man City are PL's smallest team

West Brom are 6.8cm bigger per man than Man City

WEST BROM are the tallest side in the Premier League this season, with Manchester City the smallest.

CIES Football Observatory has given TGG the height stats for the Premier League and Championship this season, as well as for a selection of other leagues around Europe.

City’s starting line-ups this season have an average height of 179cm (5' 87"), which is 6.8cm (or 2.67 inches) smaller than West Brom’s. In fact Pep Guardiola’s men are the 11th smallest in Europe (Bulgaria’s Lodogorets top the tiny charts).

Since arriving last summer, Guardiola has reduced the size of his squad. In November 2015, CIES reported that City had an average height of 180.6cm. This has been reduced by 1.6cm per man with signings such as Gabriel Jesus (175cm) and Bernardo Silva (173cm).

This is in stark contrast to city rivals United, who, with the exception of Henrikh Mkhitaryan, have brought in only tall players since Jose Mourinho took over in May 2016.

United are the seventh tallest team in the top two English divisions this season - although they don’t make it into the European top 20. West Brom are the only English representatives there, in 7th, with Copenhagen of Denmark top. They have a towering average height of 186.21cm (more than 6ft1). 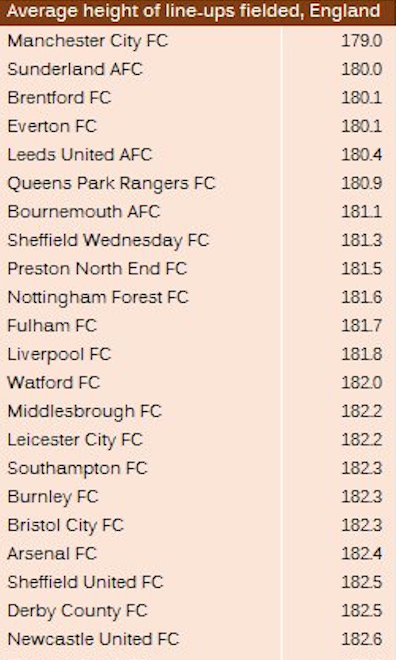 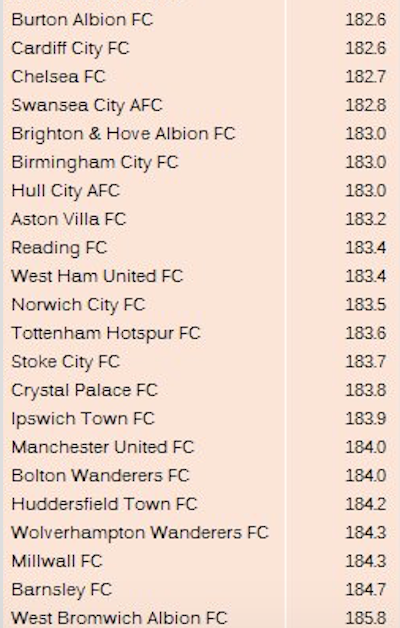 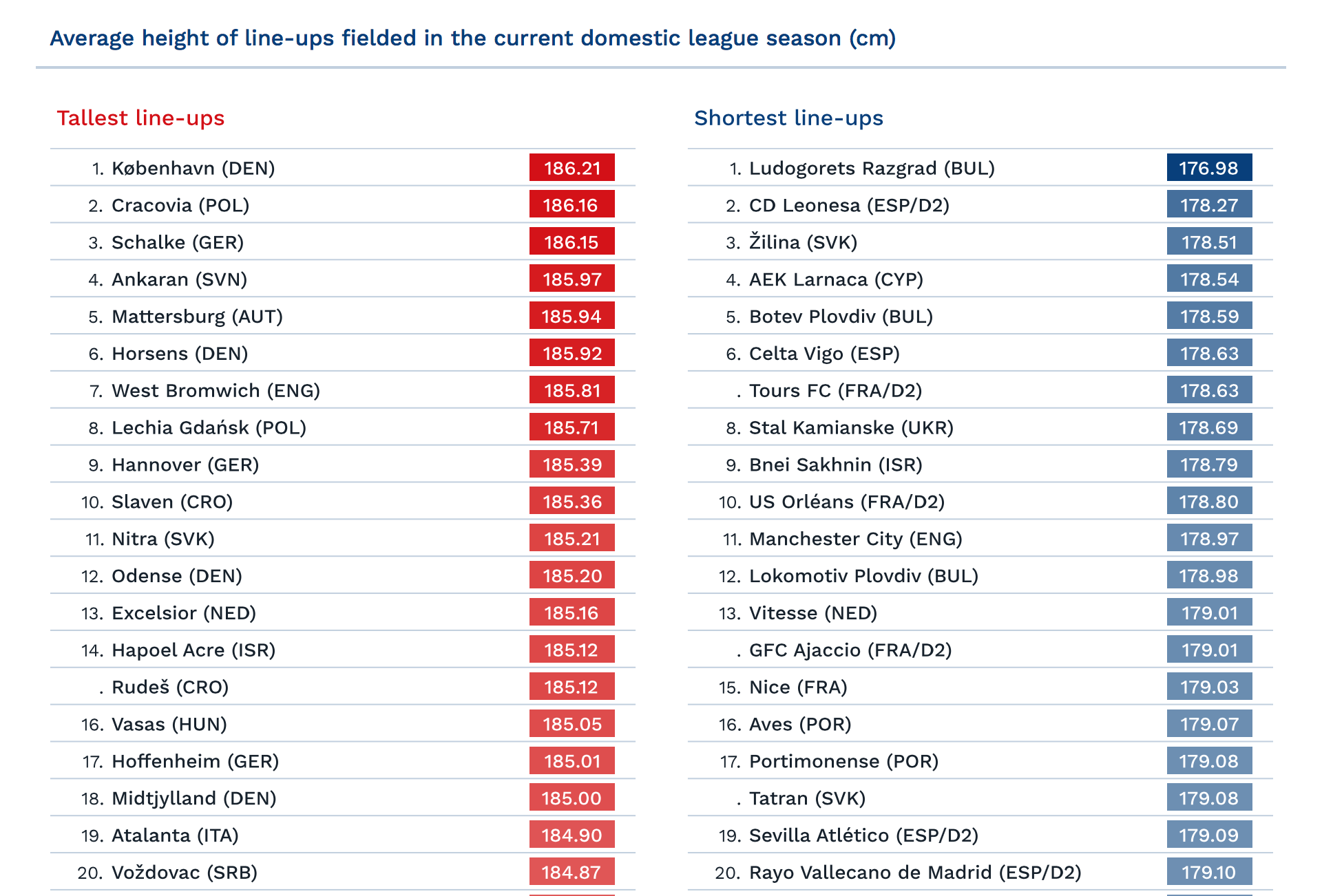