Stuart Webber has been with Norwich since April 2017

TWO days after Norwich City were relegated from the Premier League last July, their Sporting Director, Stuart Webber, gave an interview to the club’s official TV channel in which he said something that sounded quite strange.

As ever with the Welshman, this was a carefully considered comment, rather than a flight of fancy though. It was something he came back to in an excellent interview with the Financial Times two weeks ago.

“Football’s an infinite game,” the 36-year-old said once more. “So when people say, ‘Why are you spending £2m on a gym? Spend it on a striker, you have more chance of winning next week.’ Well, yeah, you probably have.

“But this team will be forever. [Facilities will] train more strikers than £2m can buy you. In 15 years, you will look back and think, ‘We brought 30 players through here.’”

Webber explained that he had taken the phrase ‘the infinite game’ from a 2019 book of the same name by British-American author and motivational speaker Simon Sinek. He, in turn, had taken it from a 1986 book called Finite and Infinite Games by James P Carse, the former Professor Emeritus of history and literature of religion at New York University.

In his book, Sinek argued that leaders with an infinite mindset built stronger organisations than those with a finite mindset, even though it may take them longer to do so. He explained the difference between the two approaches in a 2016 TED Talk that preceded his book, which you can watch above.

“This is what happened in Vietnam. The United States was fighting to win, the Vietcong were fighting for their lives. Ideally, we want to run all our decisions through our values, because these are what make us enduring. This is the foundation of an infinite contest.”

Values are infinite; interests are finite.

“When we go onto a battle field and shoot a bad guy, we will take his injured body and bring him into one of our hospitals," Sinek said.

“We will risk American lives, bring him into American hospitals, see American doctors, give him American medicines, to nurse him back to health. That’s not in our interests, but the reason we do it is because it is what we are and what we do.”

Webber explained that Norwich were playing an infinite game in his interview with Canaries TV last July.

“I truly believe my role is to help make this club better in the future and some of them benefits will be long after I’ve gone but that’s my job," he said.

“If it was about me or (manager) Daniel (Farke), then we wouldn’t build a training ground and we would spend money just on players; we would leave to go to other clubs, just to earn a bit money and have a bit more kudos.

“The owners have entrusted us and we’ve got to pay them back and help them build something which then someone better than me or Daniel can come in in the future and make it even better. This club deserves the best it can be.” 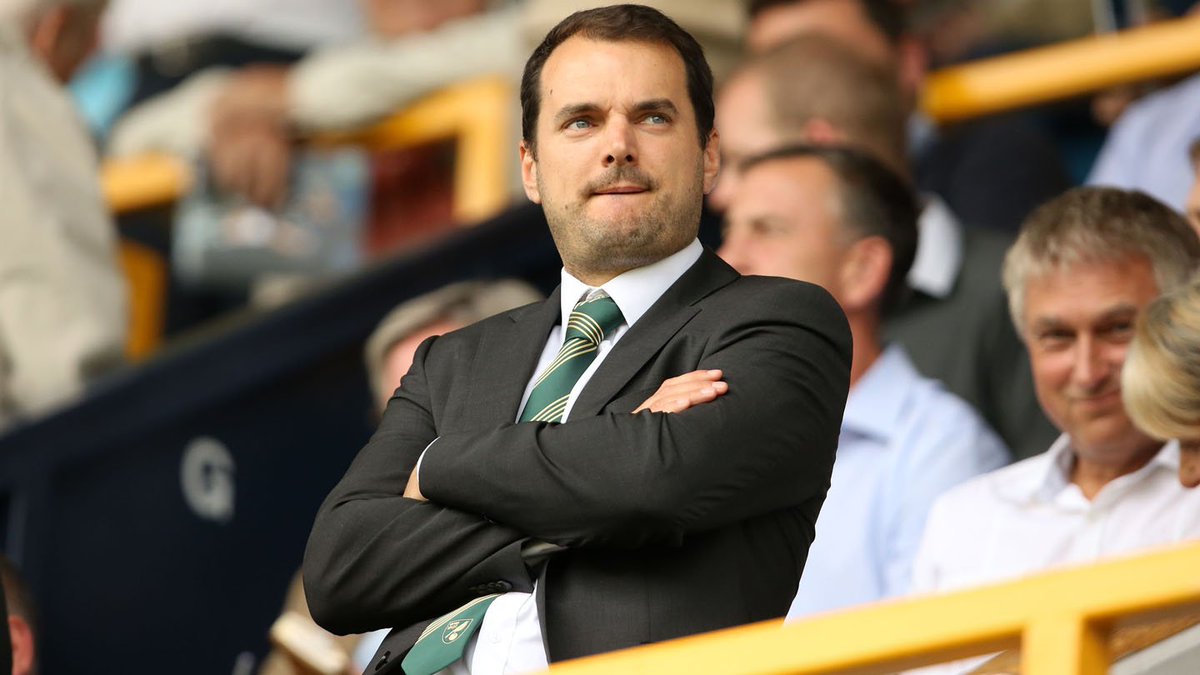 Seven months on and the Canaries are seven points clear at the top of the Championship and odds-on favourites for an immediate return to the Premier League.

In his recent interview with the Financial Times, Webber gave further examples of ways in which Norwich were adhering to their long-term values rather than short-term interests.

First of all, he explained that all teams at the club play in the same way as the first team, even if that means occasionally sacrificing results. They are also told to play with two forwards rather than just one, as this doubles the chances of developing valuable goalscorers.

“[Strikers]are like gold dust,” Webber said. “If we can create our own, over time that will then save us millions and millions of pounds.”

And when Barcelona enquired about signing full-back Max Aarons last September, Webber persuaded the 21-year-old to adopt an infinite mindset too. He sat down with the defender and showed him he had played more minutes at that stage of his career than English right-backs such as Kyle Walker and Reece James.

Webber’s argument was that, by continuing to play frequently at Norwich, he was on track to become even better and more valuable before he moves to another club. Now Aarons is being strongly linked with a move to European champions Bayern Munich.