ENGLAND manager Gareth Southgate has opened Crystal Palace’s £20m Academy redevelopment, which the Eagles believe will have a “transformative effect on the future of the club and local community.”

The new-look Academy will have six full-size pitches (pictured below) - including an outdoor 3G pitch with floodlighting, a show pitch with a 500-seater stand and a full-size covered indoor 3G training pitch with built-in sprinkler system - as well as classrooms, lecture room, analysis and meeting rooms, gym, restaurant and kitchen.

Southgate, who graduated from Palace’s youth system in 1990 and made 191 senior appearances for the club, cut the ribbon to declare the site open alongside chairman Steve Parish. 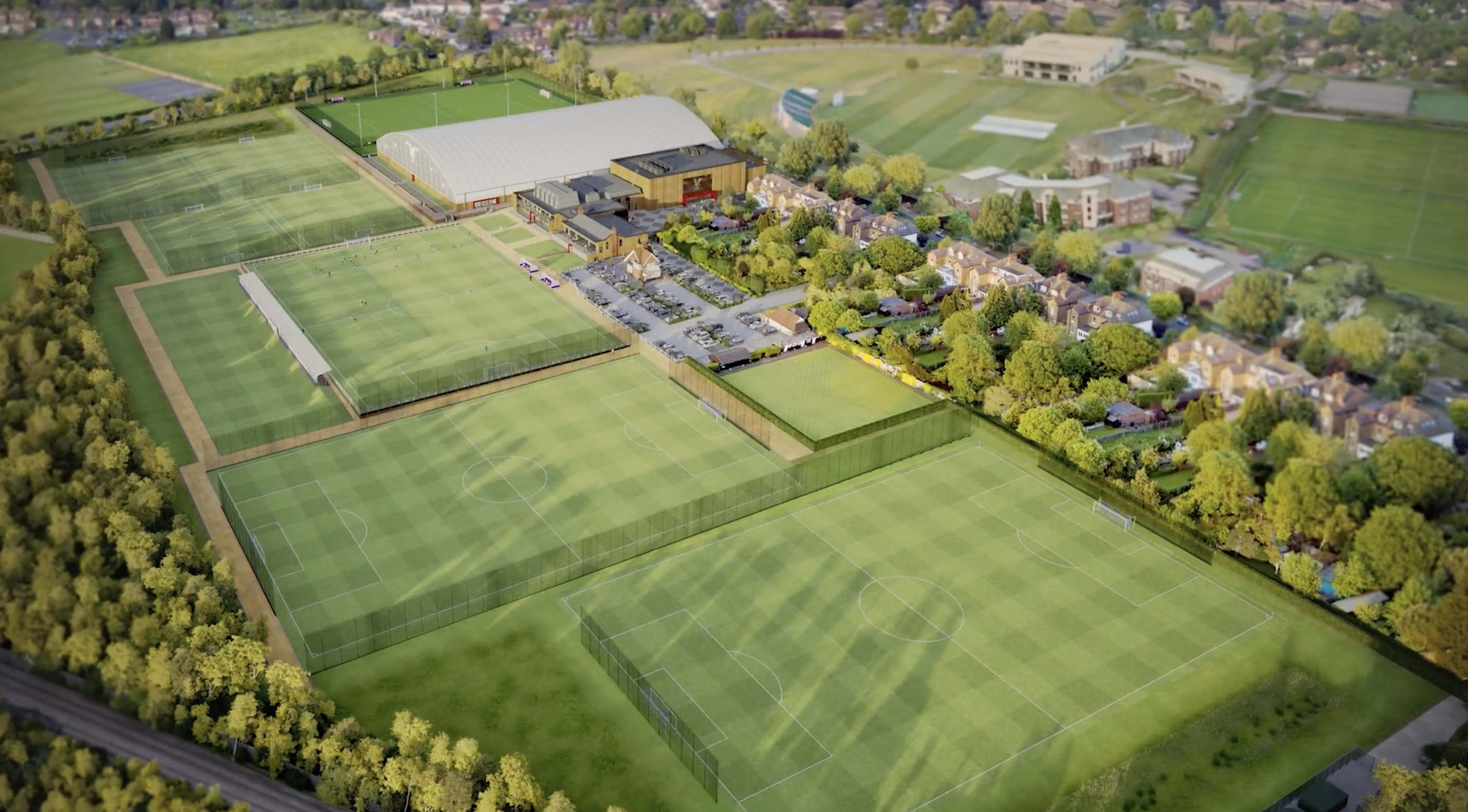 Manager Patrick Vieira and the first-team squad were also present, as well as former managers Roy Hodgson, Alan Pardew and Ian Holloway, members of the 2013 promotion-winning team and club legends from previous eras.

Southgate said: “Crystal Palace have always had a philosophy of producing home-grown players and have a hotbed of talent to choose from in south London. As a young player, they instilled in me a toughness, adaptability and resilience that was important throughout my career.

"I was delighted to be asked to open the club’s fantastic new Academy facilities, which are a world apart from the conditions I remember as a young player here, and an investment for the future.

"I am impressed by the club’s vision to develop well-rounded, educated individuals with good life skills who can be role models in the community, as well as technically gifted young players who can excel on the pitch.”

Parish added: “The new Academy will have a transformative effect on the future of the football club and the local community, not only enabling us to attract and retain the best players in one of England’s richest footballing areas but also to help scores of young people and local schools enjoy the facilities.

"We will also be able to offer a comprehensive educational and player care programme, ensuring that even those players who don’t make it have an improved set of life choices. Outside of football, the classrooms, together with our Foundation, will be used to run evening classes, enhancing the educational and life choices of young people in south London.

“Gareth was a pivotal part of creating the current academy system and his success is testament to the type of person and player this club strives to produce. He is an immensely proud part of our history, and we also hope we can produce some home-grown talent to help England win a major tournament.

"It is fitting that he should open our new facilities to mark this monumental step forward for our football club.”

Palace acquired the site, which is opposite their first-team training ground on Copers Cope Road in Beckenham, in December 2018.

They were granted planning permission for the redevelopment of the site in March 2020 and it was completed within 19 months. A state-of-the art medical rehab and extended gym therapy area (pictured above) are planned and will form the final phase of the project, alongside the completion of the show pitch stand.

Palace were promoted to Category One Academy status in June 2020.