Ramsay is about to gain his Uefa Pro Licence

Chelsea announced that Andy Myers would be stepping up from the U18s to replace Joe Edwards as U23 boss last week. John Harley, who is also promoted from the 18s, will, like Ramsay, be one of his assistants.

Welshman Ramsay, who is only 27, has forged a strong reputation since joining the Shrews in January 2017 as Head of Academy Coaching. He was promoted to Academy Manager in August 2017 and first-team coach in December 2018 under manager Sam Ricketts.

Ramsay is set to gain his Uefa Pro Licence in September - which would make him the youngest British coach ever to gain the qualification - and is also undertaking a PhD at Loughborough University.

Former Cardiff U23 coach Kevin Nicholson was the previous youngest holder of the Pro Licence, at 29.

Myers replaces Edwards, who was promoted to first-team coach when Frank Lampard was named Blues manager at the start of this month.

Assistant Ramsay paid tribute to the staff at Shrewsbury following his departure from the club.

“I’ve really enjoyed my time working here," he told the Shrewsbury Town official website. "I’ve taken a lot from all of the staff that I’ve worked with and each of the experiences I’ve been lucky enough to have here have hopefully stood me in good stead for my next step which is a really exciting one. 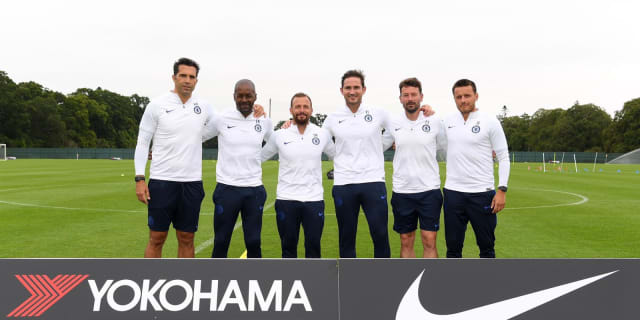 "It’s a club that are doing really good things in terms of youth development and it’s something I unfortunately felt I couldn’t turn down. I think there’s a lot of good work that's been done from what’s been a really good start to pre-season so again it’s with a really heavy heart that I leave the current set up because I felt like I was taking a lot from them and hopefully giving a lot back as well.

“It’s disappointing but at this point in my life and my career, I felt like it was the right decision to make. The work that I’ve done with the first team in the last however many months has been challenging and has definitely developed me as a coach.

"However, the chance to go and work in one of the most renowned Academies in Europe, it was a chance I couldn’t turn down and I think it’s something that will help me develop professionally and personally and I hope can add to what I’ve taken from my time at Shrewsbury.

“I was pleased this week when I spoke to the chairman, he said he’d always welcome me back and the door is always open to return at some point which is exactly what you want to hear when you leave somewhere.”

"Eric has been great since I’ve been here and he’ll certainly be missed by myself, the staff and the players.

“He was a big part of what we’re trying to do here but an opportunity has come up for Eric that he feels is too good to turn down, so unfortunately as a club, we’re going to let him pursue that next step in his career.

“He leaves with fondness from everyone and we’ll still be in contact with everything that’s going on over there as well. We wish him well and thank him for what he has done here.”