FOR my book, ‘The Making of a Leader’, I interviewed seven people who have managed teams in elite sporting environments.

One of them was the Burnley manager Sean Dyche, who outlined both his approach and how he handles the daily challenges of leadership.

Our conversation lasted for several hours and yielded a few thousand words, but these were what I identified as the 12 key attributes of Dyche’s leadership style:

Dyche was at pains to move away from the word ‘philosophy’ when describing his leadership style. He has a strong sense of self awareness as both a person and a leader, describing his approach as one of common sense, based on good planning, a consistent ethos and culture, and an awareness of the environment.

“It is still football,” he told me. “We are a football club. Using the word ’philosophy’, I mean, it’s pseudo-intellect, isn’t it? It is putting yourself in a bracket of deep, guru-type thinking.

“It is just a bit of a grand term for someone who is talking about football. A lot of how we work is just good common sense.”

Culture is at the top of Dyche’s priorities, but he acknowledges that it is easier said than done. When he first arrived at Burnley, he gave the players a questionnaire to complete anonymously, in order to get their honest view of the existing culture at the club.

In a high-performing culture, people align under shared beliefs and values, galvanised by a sense of purpose, and start to put the needs of the team ahead of their own individual achievements.

This is reinforced by the day-to-day behaviours that allow human beings to build trust, develop as people, form relationships and drive performance.

“The culture is massive for me,” Dyche said. “The culture and the environment are two key things. It is easy to say but not so easy to do. People say, ‘Oh well, they have got a good culture,’ or, ‘They are going to put in a new culture.’

“But it doesn’t just take a week, it takes time.”

As a leader, Dyche accepts that the team needs results.

“The next game is the most important, that is my job and that’s fine,” he said. However, he strives to balance that with the creation of an enduring environment that focuses on more than the outcome of an individual match.

“How are you winning and on what level? Are you winning through work ethic, respect, professionalism, dedication or are you winning by chance? “We talk about real winning. What are you building? Are we achieving over a longer period of time? Are you as an individual achieving what you want to achieve?

“Is the team achieving? And is the club achieving? Are you winning on a deeper level than just a league table?

“Of course that is my job but is there something underneath that? I love seeing players moving forward. I have to see the bigger picture.”

Dyche looked to connect with the fans by using the mantra of ‘Our Town, Our Turf, Our Team’. Burnley is a one-club town where football sits at the heart of the community. The leader embodies the values of the team, and the team epitomises the town.

“The only thing I ever guaranteed as a manager, when I got here, is that you will have a team that will give everything, and I think we have pretty much done that,” he said.

“It is about the collective mentality, and what it all stands for rather than just a player or just the team. What do the fans stand for? Are they connected?

“Because it means a lot here. I have learnt that over five and a half years, and I’m not saying other clubs don’t, but here it dominates the community.”

In a world full of data and analysis, it can be tempting for a leader to search for reassuring evidence for their decision making. Dyche is aware that the ultimate responsibility is on him, describing leadership as “knowing what to do when you don’t know what to do”.

Backing his own judgement and trusting his intuition is key to his approach.

“In football, it is not always about structure and strategy, it is about feel. Sometimes you have just got to feel what is needed.

“You can’t write it, you can’t go and read it in a book. You have just got to smell it, trust yourself and know where it is going to take you, because it is you that has to make the decision.”

Dyche believes that private lives should remain private, but when the players are in the team environment they must balances some behavioural ‘non-negotiables’ with a larger number of ‘negotiables’.

In order to achieve this, Dyche applies a combination of structure and trust to his teams.

“Eventually, the players go, ‘OK, I’ll have bit of that.’ Some players drive it, some accept it, not many don’t accept it, there’s been a few who questioned it but, once they get the hang of it, they go with it.”

A key component of Dyche’s leadership is what he calls ‘positive realities’ - the ability to simultaneously hold a vision for what his team is, and what it can be.

He looks to balance a sense of belief and motivation with the pragmatism to confront the facts of a given situation.

“You are not going to ‘positive’ your way to winning the league, there has to be reality within it. So accept the reality of the tough times.

“But what are the positive ways we can take some control and go and take on the challenge? I am all for positivity but if it’s not built on reality then where are you going with it?”

In the tumultuous arena of professional sport, where everyone has an opinion on performance, it is easy to be reactive to outcome.

Dyche leads the group in maintaining a sense of perspective towards their results. While there is a fine line between consistency and stubbornness, leaders must at times resist the modern urge of instant reaction.

"We make sense of it and remind them of the good things we can do to correct it. That is one of the big things.

“I think the trick is not losing sight of where you are at, because often the hardest thing in management… is if you haven’t won, then people are demanding, ‘Why are you doing that?’ and ‘Why don’t we do this?’

“And you go, ‘Hang on a minute…’ Sometimes, the strongest and hardest thing to do is not to change anything.”

Beneath the six-foot, skinhead, gravel-voiced exterior, Dyche applies emotional intelligence to build relationships with the different characters in his group.

He embraces behavioural profiling, looking to understand what makes each individual tick. This process starts with understanding his own style and blindspots, before considering how key messages might be best delivered and received.

As with any intervention, this is only as effective as the people delivering it.

“It is all about how we can enhance our way of working with the players as individuals. And we explain all that to the players and the openness of it. “I showed the lads mine [behavioural profile] as I am like that, I am quite open.

"But some choose not to. All we ask is that they allow us the chance to understand them purely on behavioural styles. It’s a guideline that provides an insight in to how a player will want their information.”

Dyche will regularly step back and empower his staff to run training and meetings. This not only communicates trust in his backroom team, it also acknowledges that sometimes messages are better coming from a different voice, while allowing for the manager to look at the bigger picture.

When a leader is able to step back, they see things they might otherwise miss, and are able to pay people some much-needed individual attention.

“The players get enough of you, they don’t want to hear you all the time. I am always around. Sometimes it is just horse whispering with the players, having a chat, two minutes here and there.”

During his eight years with Burnley, Dyche has led the team through a period of economic growth and a range of sporting situations.

Along the way, there have been shifts in the mindset of the group, yet key values have remained steadfast. Ahead of their first promotion, in 2014, he described to me the “smell” of opportunity he sensed in pre-season.

Once in the top flight, as leader of the league’s “surprise package” he opted to “jump on the grenade” of relegation and balance ambition with the need to secure the foundations of the club.

Their subsequent return to the Premier League, in 2016, was the result of a clear strategy, based on the lessons learnt from 2014/15. While the personnel have changed and the objectives have shifted, it is clear that Dyche has maintained a consistency both in his own approach to leadership and the culture that fuels the performance.

“I think the original culture and what we stand for is still there. We just layer it up and it gets more detailed because the players bring detail as well, it’s not just us.

“The core values we set down five years ago are still there, we still make sure they are adhered to, we haven’t gone away from them, we certainly haven’t lost them.

“I still keep my edge, I still work hard, I still want it, I still question myself all the time, am I doing this right? Am I doing enough?”

Leaders never stop learning, within and beyond their field, and Sean Dyche is no different.

During our time together he recalled a visit to the Oxford University boat race crew and their Head Coach, Sean Bowden. While the facilities there were a stark comparison to the affluence of Premier League football, Dyche identified a deeper opportunity for learning. 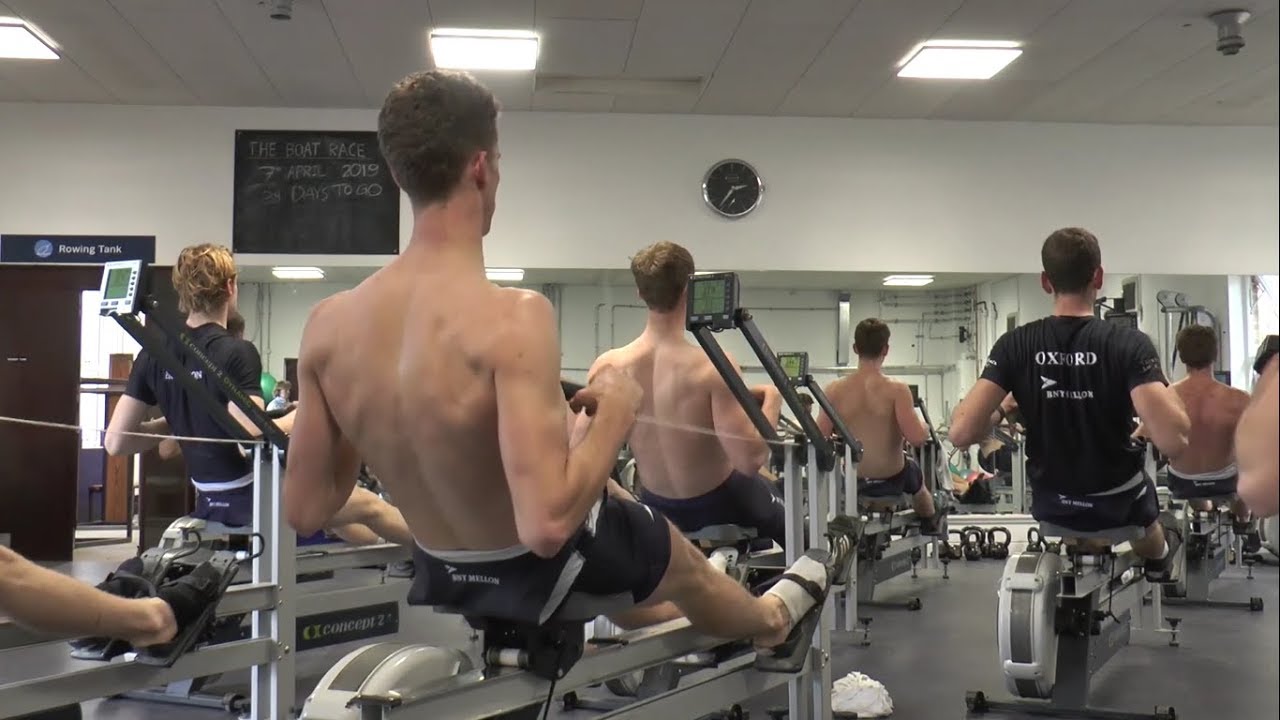 “I learnt so much. I only had one day but I had complete access. I got there at six in the morning and they let me see everything.

"I spoke with the coaches, saw the launch boats, saw the detail they go into in their technical work, the sheer hard work on the ergo rowing machines, the will and desire of people who don’t get paid to do it – they are taking PhDs at the same time, so it’s a huge workload mentally and physically.

"That was a really good day that I still reflect on now."