Sellars has been at Wolves since 2014

AT the end of a career that had taken in almost 100 Premier League games and auspicious spells at Blackburn Rovers and Newcastle United, Scott Sellars received an offer many in his position would have considered beneath them.

“My friend was Head of Foundation at Sheffield United and asked if I wanted to take their under-9s,” the former flying winger recalls. “After a bit of deliberation I said yes and absolutely loved it. It’s a great age to coach and in terms of my development it was fantastic too.”

Fifteen years on, Sellars is Head of Academy Player Development at Wolves, a club that’s undoubtedly on the up. Although eye-catching signings, such as Ruben Neves, have made the headlines at Molineux, youth has also formed a key component of the club's strategy.

Midfielder Morgan Gibbs-White is the new poster boy for their homegrown players, having received rave reviews from the likes of Gary Lineker and Danny Murphy in recent weeks and been part of England's World Cup winning Under-17 squad last year.

Sellars, 53, who has been with the club for the last four and a half years, says his formative coaching experiences with Sheffield United, where he went on to manage the U18s, were invaluable.

“I’m a big believer that the only way you improve at anything, be it playing or coaching, is by actually doing it,” he tells TGG. “Badges and qualifications are great, but the biggest value comes in practice and experience. 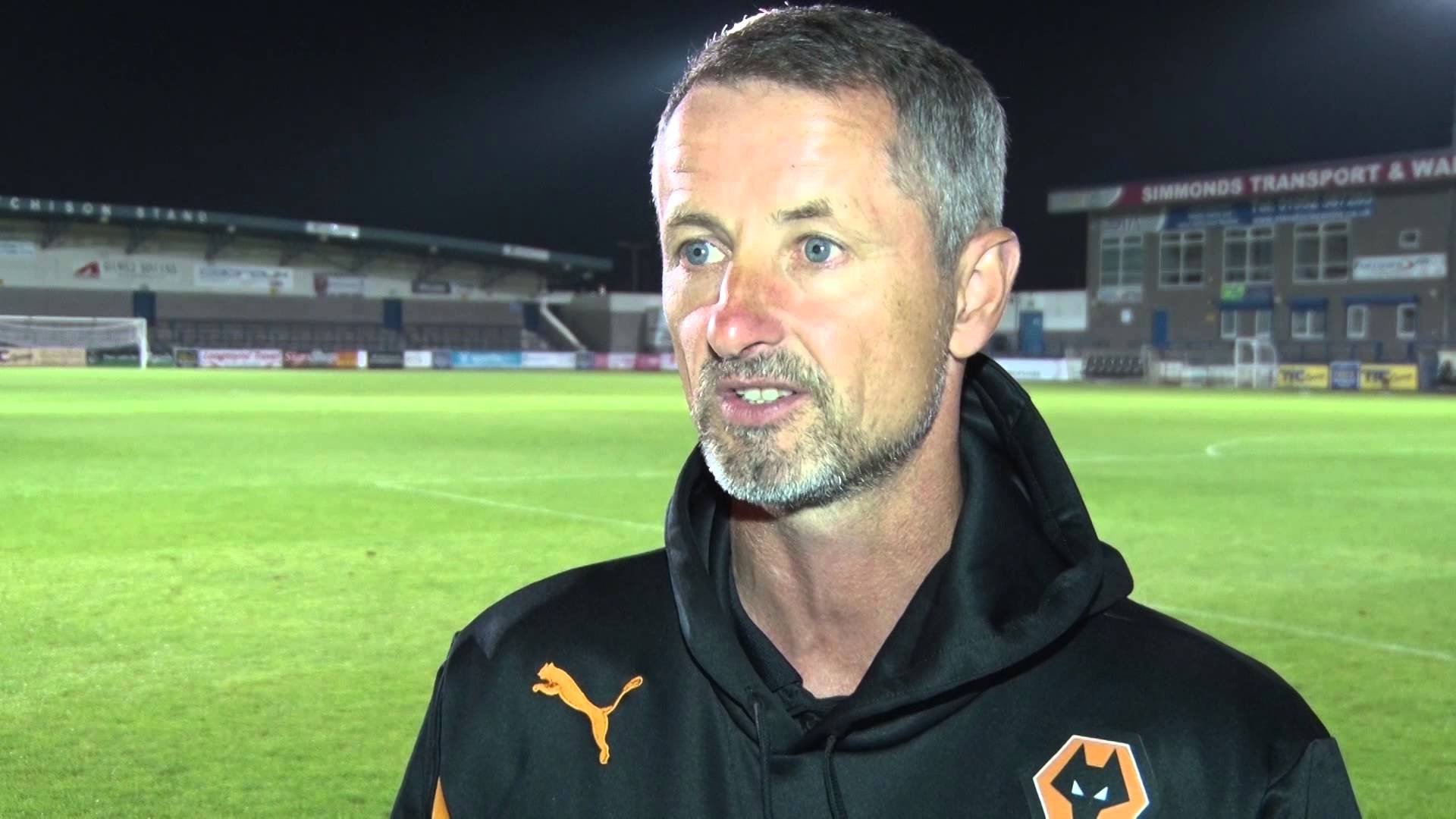 "In those early years of coaching I was Worzel Gummidge - putting on my Under-9s head, then taking it off for a session with the Under-12s, before putting on another head for the Under-18s.

“Every age group is different and you always have to put yourself in the shoes of those particular players - ‘what would they want from this session?’

“The big thing I learnt was that your sessions have to be serious fun, which means the players learning but enjoying themselves at the same time. That’s been my philosophy ever since.

"In my current role I don’t coach so much, because it's more managerial, but when I do I always try and ensure the players are having serious fun. That’s something I instil in the other coaches too.”

There’s a perennial debate about whether top players should be fast-tracked through their coaching badges, but Sellars, himself a player of some repute, is adamant that the two professions are different.

“As a player, I’d see big names come into clubs as coaches and if they weren’t good, they wouldn’t be respected. It didn’t matter how big a name they'd been as a player.

“It’s a different job, simple. You cannot assume that because you were a great player you’ll be a great manager. There may be one or two who are very special and are able to make that transition quickly, but for the rest of us it’s about learning your trade and working hard.

“Working with youth is good, because you can make your mistakes out of the glare of publicity. We all make mistakes, especially early on, and the important thing is to learn from them.

“I see players make the move straight into management, fail, and then never be heard of again, because people write them off. That’s a big shame for them and ultimately it’s because they made the jump too soon."

In his current role, Sellars oversees the football side of Wolves' Academy, having been promoted from U23 boss last June. Academy Manager Gareth Prosser is in overall charge, taking responsibility for budgets, recruitment, science and medical, and staffing.

This dual approach to running a top Academy is becoming more and more common, with Arsenal, for example (with Per Mertesacker and Lee Herron at the top) having a similar structure.

“Academies are massive organisations now” Sellars explains, “and we have 100 odd kids and about 70 staff here. For one person to be on top of everything - recruitment, coaching, medical, sport science - is probably impossible.”

The Head of Coaching and Development for the U9s to 12s, Jonathan Hunter-Barrett, is from a very different professional background to Sellars, having never played professional football.

However, his philosophy is very similar, because the Midlander has also done the hard yards as a coach, first in Walsall’s community department and then as a school sports co-ordinator, before joining Wolves as foundation phase coach, in 2011.

“I had to work hard to understand the game, having never played at a high level,” he tells TGG. “I had to understand people and how to deliver information. Sometimes that can be an advantage though, because you have more time to develop as a coach.”

Wolves have been on a roller-coaster ride since Hunter-Barrett joined them seven and a half years ago. Back then, they were in the Premier League, before dropping like a stone to League One. Rock bottom proved a solid foundation from which to rebuild though. 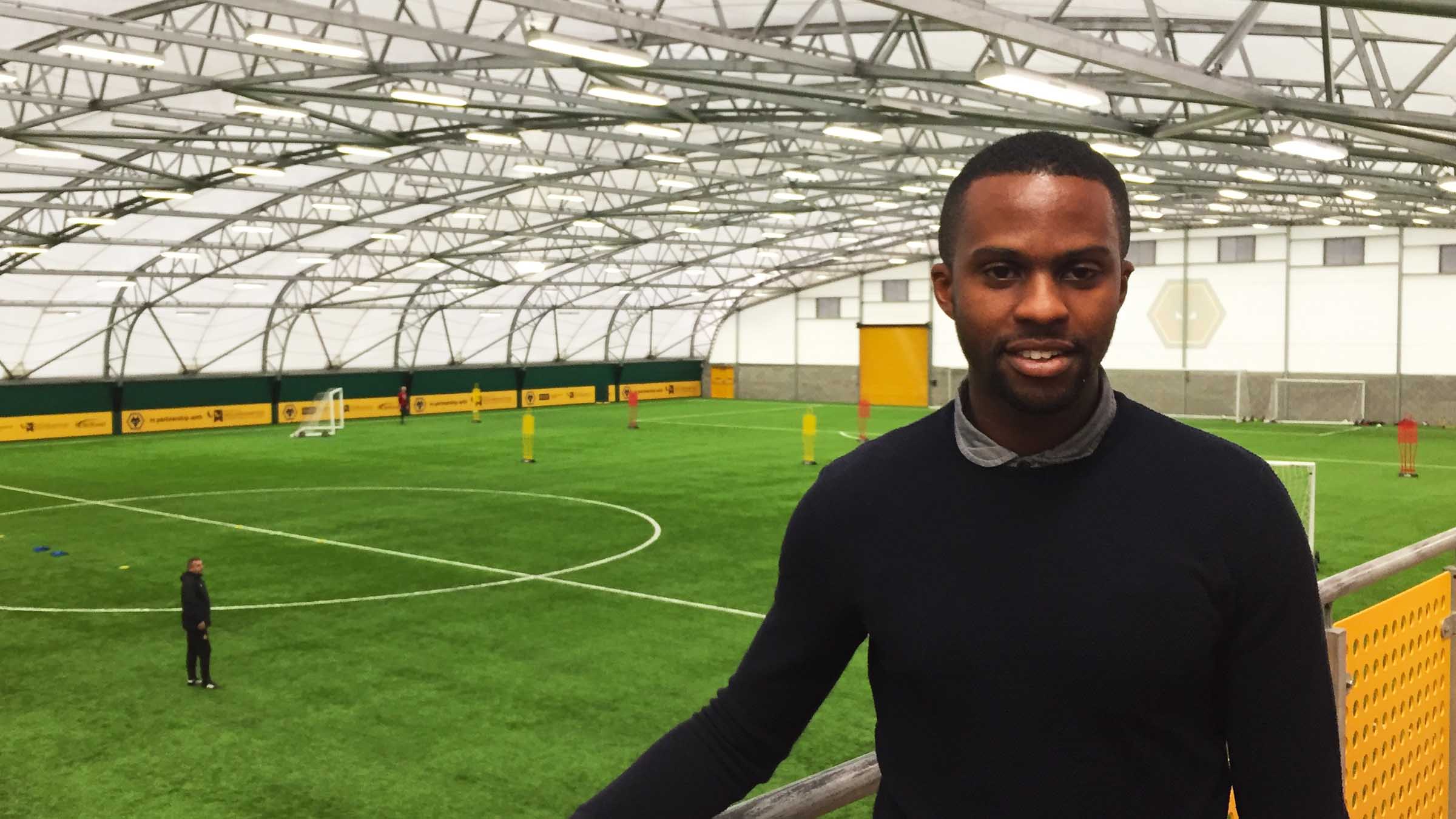 Jonathan Hunter-Barrett: "I started the Master of Sport Directorship (MSD) course at Manchester Met this year and am on the latest cohort. I’ve found it challenging but definitely stimulating. It’s getting me to understand myself – why am I the way I am? Why am I the leader I am? – and helping me work with others. And that’s from only doing a few sessions!

My thought process for enrolling was, 'where do I want to be and what additional skills do I need to get there?’ Developing my personal leadership skills was something I need to achieve my long-term targets. I’ve always had the target of being an Academy Manager one day, so acquiring additional off-field qualifications is important. I have the Uefa A Licence and the Advanced Youth Award and this is the next step."

Scott Sellars: I was on the third cohort of the MSD and am now on my final dissertation. I’ve met great people from different sports on the course and it’s given me more confidence in myself. We get labelled as 'thick footballers’, but after mixing with chief executives and lecturers for a few years you think ‘maybe I’m not like that after all.’

I’d been in football for a lot of years and knew the business well, but wanted to improve my leadership. I also felt it would be good for me in terms of getting out of my comfort zone and putting me in a difficult environment. At the start I found it really difficult, but it’s been an enriching experience and I’ve learnt a lot."

“Somehow, hitting such a low helped the club,” Hunter-Barrett explains, "because we were able to slow down and focus on what was important.

“We built a new Academy, rebuilt the training centre, retained Category 1 status (in 2016) and created more full-time positions. And if I was to use one word to describe Wolves since then, it would be opportunity, whether you’re a coach, sport scientist or player, and whatever your ethnic background.

“If you have ability and are willing to work hard at this club then you will get an opportunity.”

This culture of opportunity has included a number of staff taking the Master of Sport Directorship course at Manchester Metropolitan University. Loans and pathways manager Seyi Olofinjana was the first to enrol and has since passed.

Sellars is currently doing his final-year dissertation and Hunter-Barrett is in his first year, having started in September. Opportunity also extends to the Academy players, with Gibbs-White leading the way.

He made his debut at 16, won the Under-17 World Cup with England last year and has been making an impact for the first team this season, not least last weekend when he came off the bench to star in the 2-1 win over Newcastle.

That prompted Lineker to tweet: "Goodness me, Morgan Gibbs-White can play."

On the walls of Wolves' Academy changing rooms at Compton Park, there is a simple question - ‘Are You Next?’ - alongside pictures of players, like Gibbs-White, who have graduated to the first team. Sellars believes all these players have had one trait in common.

“We talk about the four corners but it’s the psychological/ social one that separates people, in my opinion,” he says. "I don’t care how talented you are, if you don’t work as a team and don’t respect each other it doesn’t work.

“Every good team that I played in, it was 90% down to good like-minded people working together. I’ve worked with players who have made careers on being great people.

“Conversely, I’ve seen outstanding technical players who failed to make careers because they didn’t understand what being a professional meant, couldn’t work in a team and weren’t able to handle the pressures.”