Neil Ryan was previously coach of the club's Under-16s

NEIL RYAN, the son of former Manchester United player and coach Jim Ryan, has been promoted to become the club's Under-18 coach.

The 44-year-old has been at United for a decade, leading the U16s for the last few years. A key part of his role has been the Manchester United Schoolboy Scholars (MANUSS) scheme, in which players are placed at Ashton-on-Mersey School in Sale.

Marcus Rashford and Jesse Lingard are two graduates of the scheme. Ryan replaces Kieran McKenna, who was promoted to first-team coach by Jose Mourinho at the end of last season after two years in charge of the U18s.

Ryan's father, Jim, is a legendary figure at United. He was part of the squad, managed by Sir Matt Busby, that won the league in 1967 and the European Cup in 1968.

In 1991, he was appointed reserve team manager by Sir Alex Ferguson, subsequently becoming Director of Youth Football in 2002. He also had a couple of spells as assistant manager in 2001/2. In 2012, Ryan retired after 21 seasons on the coaching staff.

He said: “Generally speaking, a football life is a good life, so I am giving up a lot of enjoyable things. It’s a wrench, but everybody has to retire at some time.” 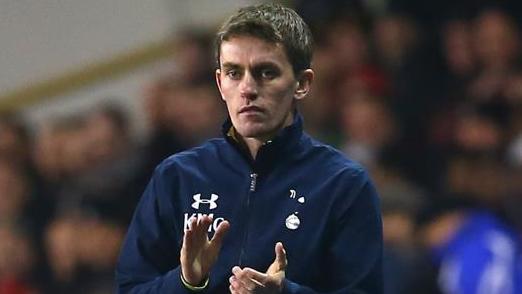 Neil Ryan was a defender who played for five years in America, before returning to play semi-pro with Altrincham and Trafford, both based near United's Old Trafford stadium.

He is a well-respected figure at the club and an insider told TGG: “Neil is an excellent coach and this provides a nice link between present, past and future. It’s the right appointment.”

Three of the other ‘big six’ have also appointed new U18 bosses this summer:

Matt Wells took over from Scott Parker at Tottenham. Ex-England international Parker has been appointed first-team coach at Fulham. Wells, the grandson of club legend Cliff Jones, had previously been in charge of the U21s.

Barry Lewtas has replaced Steven Gerrard at Liverpool. Lewtas, who has been at the club for five years, was previously U16 coach, while Gerrard has become manager of Rangers.

Andy Myers has replaced Jody Morris at Chelsea. Morris has been appointed Frank Lampard’s assistant at Derby County. Myers, like Morris, is a former Chelsea player and was coaching the development squad last season. Before that he was assistant at Vitesse Arnhem in Holland.