Rooney bristles as Derby's Academy gems picked off by other clubs

DERBY COUNTY have lost nine players since the turn of the year, but some of the departures have hurt manager Wayne Rooney even more than others.

Towards the end of the January transfer window, it was announced that Academy graduate Dylan Williams was joining European champions Chelsea.

The 18-year-old had been with Derby since the Under-15s, when he joined them from Wolves. He had already made six Championship appearances and two in the Carabao Cup for the Rams.

However, he was also in the final year of his youth contract and, because of their transfer embargo, the club can't sign players or even offer any new contracts. That makes players like Williams easy pickings for other clubs.

The player, who can operate as a left-back or left wingback, will initially go into Chelsea’s Under-23s side, but is expected to be competing for a place in the first-team squad in the not-too-distant future.

Ryan Conway, who has covered Derby for the last two-and-a-half seasons for The Athletic and Derby Telegraph, told TGG: "Dylan Williams was very highly thought of by Rooney. He was one of the first Academy players to train with the first team after Rooney got the job.

"There was a feeling that he would be a long-term replacement for Craig Forsyth and Lee Buchanan."

Rooney admitted that the move had been too good an opportunity for the youngster to turn down, yet still he struggled to hide his frustration.

“We are in a difficult position and I feel other clubs have taken advantage of that,” he said, before adding: “I have been assured that no-one will leave without my say-so.”

That was undermined less than two weeks later when another of the Academy’s brightest prospects was picked off.

Following the 2-0 defeat at Huddersfield Town last Wednesday, Rooney revealed that Omar Kellyman, a 16-year-old Northern Ireland international who can operate as an attacking midfielder or forward, had been sold behind his back.

Aston Villa have been recruiting aggressively at youth level - as well as investing heavily in their Academy infrastructure and staffing - and identified Kellyman as a great addition at a price of about £500k.

The player had been on Derby's bench for the Huddersfield game and afterwards Rooney said: “I lost a player this morning, a 16-year-old local lad. I got a text message from the club secretary this morning that a deal had been agreed with Aston Villa.

“He’s a local lad from Derby, he didn’t want to leave the club. I had him and his parents in the office. They were so proud he was on the bench. He wanted to play for Derby County. When you see young local lads getting sold from the football club, it’s hard.

In between the exits of Williams and Kellyman, came the departure of forward Luke Plange to Crystal Palace for £1m. Although not an Academy product, because he joined the Rams at the age of 18 from Arsenal, he was a highly-rated young player and his exit added to a general sense of despondency.

Palace did, however, loan him back for the remainder of the season, with Chairman Steve Parish admitting he had great empathy for the plight of the Championship club.

“Luke is an exceptionally talented young footballer and one we hope will bring a range of attributes to the club in the years to come,” Parish said. “But, first, he has an important role to fulfil playing at Derby, and we appreciate his significance to them in their current circumstances.

"It is less than 12 years ago that our club was in a similar situation - as a result we were determined to ensure both clubs benefit through this deal.”

Derby ranked 29th in our 2020/21 Academy Productivity Rankings. They were promoted from Category Two to One in 2014, with former owner Mel Morris insisting that the Academy was a key part of his strategy. He invested £30m in the Academy, but his overall mismanagement of the club has jeopardised that youth vision.

The Rams were U18 Premier League National champions in 2019/20 and made it to the round of 16 in the Uefa Youth League the following season. Against Huddersfield, several Academy graduates were in the starting line-up - Louie Sibley, Festy Ebosele, Jason Knight and Liam Thompson - with Jack Stretton and Eiran Cashin on the bench.

Some serious homegrown talent has been lost in recent years, too. Forward Liam Delap, son of former Rams player Rory, who had been with the club since a young age, left for Manchester City in 2019 at 16. Now he is part of Pep Guardiola’s first-team squad and signed a five-year contract with the champions last year.

In February 2021, 16-year-old winger Kaide Gordon, who had been with Derby since the U9s, joined Liverpool and has already made his Premier League debut. 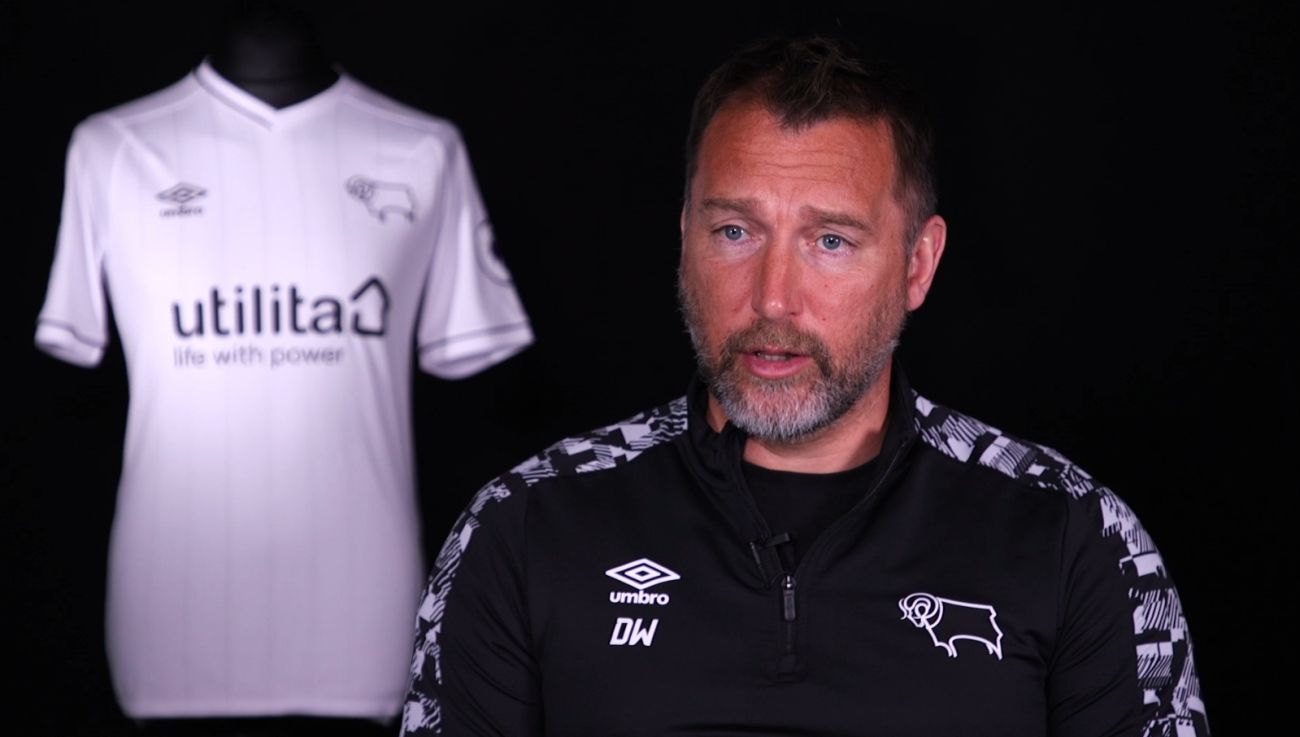 "Kaide was being described by Derby's Academy staff as the best 16-year-old in the country," Conway told TGG. "He was on the bench several times in December 2020 and January 2021 as Rooney tried to show him he could make waves in the first team."

Of course talented youngsters can always be picked off by bigger clubs, even when you're Category One, but the plight of the Rams has almost seemed to make this an inevitability in recent seasons.

It’s not only Academy players who have left, either, but coaches too. In October, Lead Youth Development Phase Lead and Under-15s coach Matthew Thorpe left for Liverpool, where he’s now U15s coach, and YDP coach Adam Thorley exited to become U15s coach at Chelsea.

The calibre of the clubs that both players and coaches have left for tells you a lot about the quality of Derby’s Academy. One key figure who does remain is Darren Wassall, the former Rams defender (pictured above) who has been their Academy Manager since April 2009.

Joint administrators Quantuma have guaranteed his position and also said that the Academy will remain Category One for the time being - but major concerns remain, not least when many of the crown jewels have already been lost.