Robin Thorpe worked for Manchester United for a decade in total

FOR eight seasons, Dr Robin Thorpe held a position that Manchester United had not had before and have not had since.

In fact, no other English team has had the role of Head of Recovery and Regeneration either, which makes Thorpe something of a footballing trailblazer.

Having left United after a decade in 2019, Thorpe now works as a High Performance Consultant with NBA and MLB teams in the United States. He told TGG about his work at Old Trafford and how the Red Devils eventually reached sports science 'utopia.'

Robin Thorpe: At the start of 2011/12, there was a big focus on recovery at Manchester United. I can remember a pre-season presentation by our excellent Head of Performance, Tony Strudwick, in which he stood in front of all the players and coaches and explained what we were intending to do and why.

Tony said: “This is an area we’re really going to hone in on. We’re going to do this properly. Robin is taking on a new role and we’re investing in research on recovery.”

My new role was Head of Recovery and Regeneration and, as a part of it, I was undertaking a PhD at Liverpool John Moores University on the fatigue monitoring of elite players. 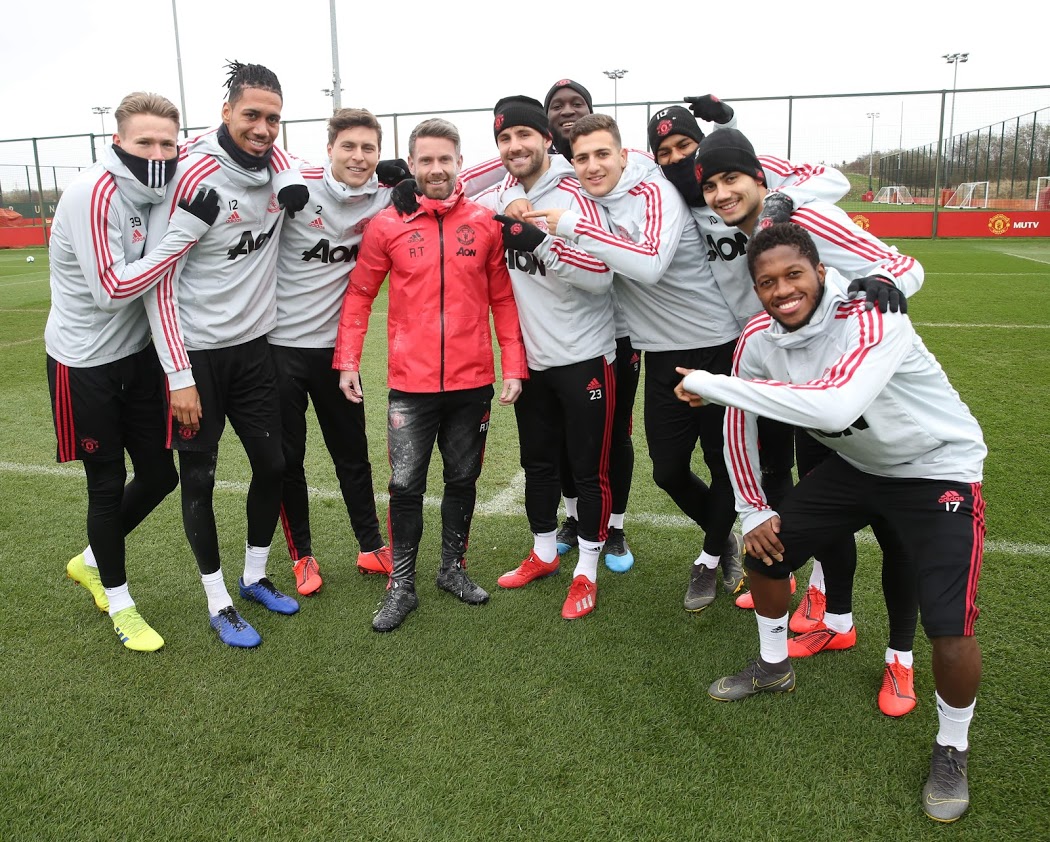 As was so often the case, the catalyst for change was Sir Alex Ferguson. He always used to ask Tony and his staff: “Where is this player at? Is he ready to play?” And we never really knew, not exactly, so we decided: "Let’s do this properly.”

This is how sports science should work - with the coach having a broad question and the practitioners working out how they can help answer it.

From that starting point we developed a monitoring framework and surveillance structure. Sir Alex had trust in Tony and vice versa.

As head of department, Tony was ahead of his time and great to work for. He provided a lead, but also gave us a real level of autonomy to do what we thought was the best in terms of practice for the team.

I created a framework model in which we assessed different metrics of fatigue and I would present those (to Tony when Sir Alex was at the club and directly to David Moyes and then Louis Van Gaal when they were there) on a zero to 100% scale.

Louis was very visual, so we would use a green to red colour scheme and the faces of the athletes to illustrate the data. A lot of the medical staff, sports scientists and some of the coaches would get more detailed data, but we wanted to give the manager a snapshot of where the athletes were at.

Then it was up to him to make decisions based on that.

We used subjective ratings, so how fatigued the players felt, how sore they felt and how well they slept. Then we used some anatomical measures, with hamstring and groin being the most common injury regions in football.

We looked at some quite sophisticated heart rate measures, which gave an indication of how the nervous system was connecting with the rest of the body, so heart-rate variability, heart-rate recovery and sub maximal heart rate.

That was done two days after every game and I remember getting through 17 players in 45 minutes on one occasion.

Every two to three weeks we’d look at some more force-producing metrics. All this information gave us a global indicator of fatigue or readiness. It developed to such an extent that in 2015/16, under Louis Van Gaal, we had a good idea of where every player was at from a fatigue point of view on any given day of the week.

The first part of recovery was that monitoring, surveillance part. Then we wanted to match the type of stress with the right intervention.

Medical intervention might be required, which is where having a very ingrained and good medical team is so important. I was fortunate that Neil Hough (first-team physio) was amazing at this.

He bought into what we were doing and realised that the fatigue data gave him even more information with which to work in his department. Club Doctor Steve McNally was also heavily interested and utilised heart rate variability, with its link to a more clinical application.

In terms of recovery tools, we wanted to understand the origin of stress and then match the right intervention. I worked on a general blood flow theory and we were always looking to increase joint range of motion, which might be by using low-level cycling or foam rolling.

Then we separated the athletes into groups depending on how they responded. The athletes who were feeling sore and had some of those other markers of micro trauma and damage would be encouraged to go into the cold water immersion - the ice bath pathway.

But if there was no evidence of that muscle damage and soreness then using ice baths could be sub-optimal, so those who were well adapted and maybe didn’t do as many accelerations and decelerations/ eccentric-based load in the game would go into the hot water immersion group and maybe start to do some mobility stuff in the pool. It was always a bespoke pathway. 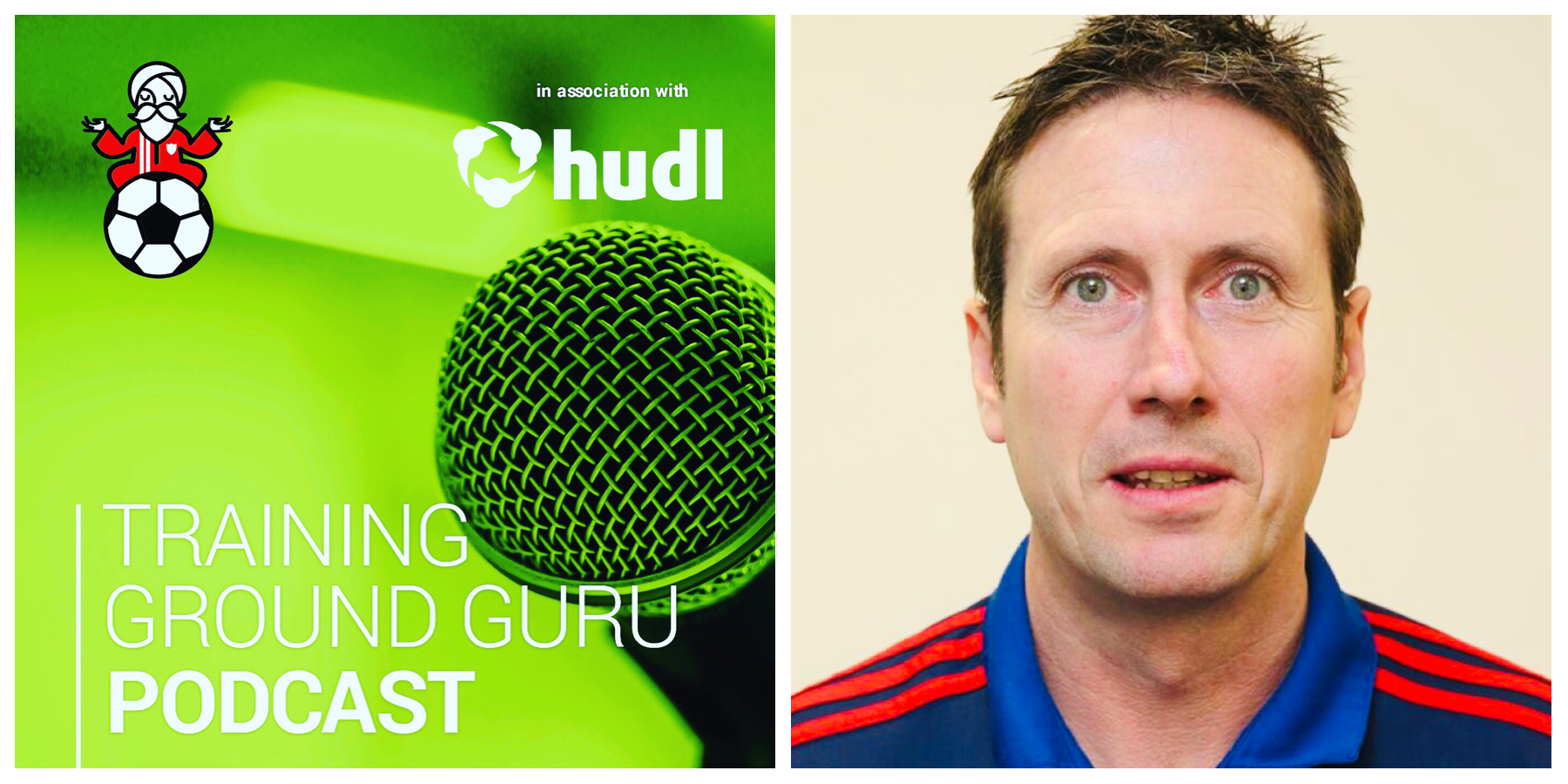 READ MORE: Tony Strudwick - the past, present and future of sports science

The players really bought into what we were doing too. They were complete professionals and there was no real resistance, which probably came from the trust that the manager had in Tony and us as a team

We would never tell someone like Ryan Giggs, who had been operating at a world-class level on and off the pitch for many years, that he should dramatically change his routines and preparation.

But we were able to suggest little tweaks - to say when was the best time for him to use an ice bath, a hot bath, to have a massage. We collected data and were able to show him how he responded to those things, because players want that evidence too.

We believed we had the best department in the country. If you believe that then you should be proactive about promoting things to help players. These were marginal gains, those one or two percenters.

One thing to point out is that even though it was called fatigue monitoring or recovery, it wasn’t always about putting the brakes on. It was about finding the optimal time in the training process to either push players or pull them back.

Alongside our S&C coach, Gary Walker, and Human Performance Manager, Richard Hawkins, we would look at the data we had collected. If the players were fine two days after a game we would discuss that as a department and then say ‘Let’s load them in the gym and get some positive adaptations.’

Conversely, if a player was struggling from a joint range and pain point of view, then we would likely decide to focus on recovery rather than loading them back into that week.

Sports science gets a bad rep for putting the brakes on - sometimes rightly so - but we wanted to push our athletes at Manchester United.

If you can understand where your players are at, then you can start to make decisions and we were able to give the manager some really high-level intelligence.

Our aim was never to change training or to influence team selection, but we got to a point where the information was so valuable that those things were actually happening.

One big question was whether we should stay overnight or travel back after playing away games in Europe. The team had always previously travelled back straight after those away games under Sir Alex, but via Tony we started to collect data on how the athletes were responding both that night and throughout the week after staying over.

We found there were big advantageous responses when we stayed over and flew home mid-morning the day after a European away game.

Previously, we’d be getting in at 3, 4am the following morning after flying home. Then, if you're training next day, the players will likely get little to no sleep.

If you stay over, you have the capability to have probably 10 hours’ sleep, as well as the opportunity for a good feeding at the hotel afterwards. Typically, if you travel back straight away, the plane food is not the best. So you tick the nutrition box as well by staying over.

Sleep in general was a big focus for us. We would figure out, through a questionnaire, what the players’ sleep habits were. For the athletes who couldn’t really fall asleep - or stay asleep - after games, I was available until 1, 2am in the morning to do recovery with them, which we’d usually have facilities for at the hotel. 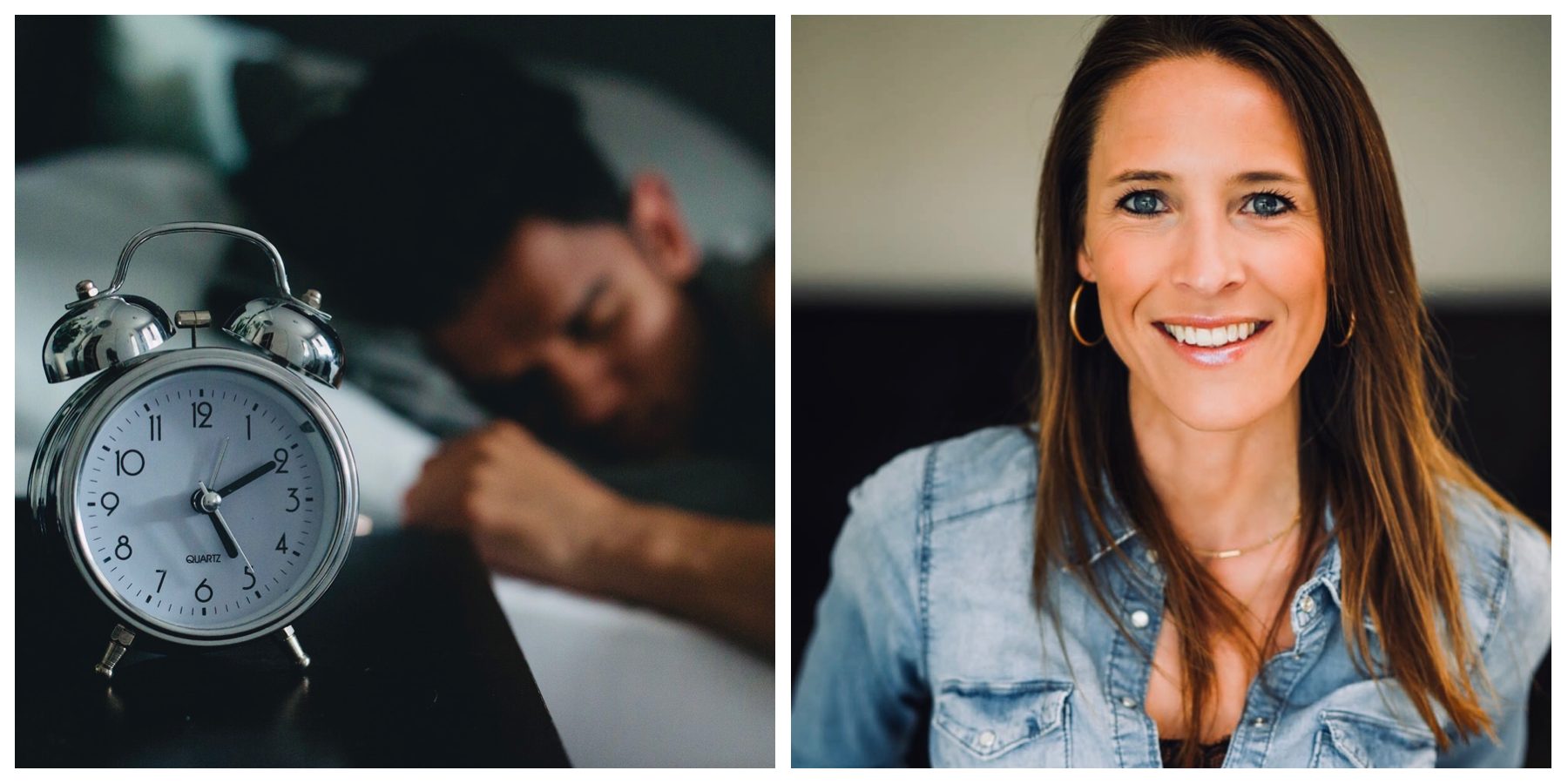 We were also lucky to have a mattress company sponsor and I worked with them for about three years to develop a mattress specifically for our players.

At our training ground we had sleep rooms and I wanted the athletes to have the same mattresses that were there in their homes, as well as if they travelled back to their home countries.

That way, whatever environment they were in, we knew they would have the same sleep conditions. That was a huge plus point from a recovery perspective.

We used the monitoring framework up until the first year of Jose Mourinho’s time as manager of United. During his first season the emphasis moved from monitoring fatigue to rehab monitoring.

I do believe we had created something special in the monitoring of recovery and fatigue, but that wasn’t as much of a priority for Jose, which was obviously his prerogative as manager.

He allowed us to keep doing it - and in the first year we kept monitoring throughout - but when we realised there were other areas he wanted us to hone in on and get better at, we focused more on a rehab monitoring protocol.

The monitoring lounge - probably the best monitoring space in the world - that we’d developed under Sir Alex and Louis was turned into a medical room. Looking back, that was disappointing, but adaptability is important for both a practitioner and a department.

Sports science is part of the process, it’s not THE process. As I said near the start, we’re ultimately there to help the key stakeholders - with the manager or head coach chief among them.