Richard Evans has worked with Roberto Martinez since 2003

WHEREVER Roberto Martinez has been in his managerial career, he's had Richard Evans by his side.

The Welshman, who started his career as a physio, first met Martinez when he carried out the Spanish midfielder's medical at Swansea City in 2003.

Since then, their journey has taken in promotions, an FA Cup triumph and the semi-finals of a World Cup. The Belgium Head of Fitness, who will be speaking at our Cohesive Coaching event in Manchester on November 29th, told the This Football Life podcast about his journey with Martinez.

Richard Evans: I did the medical on Roberto for Swansea City in 2003. We were in the depths of despair at the bottom of the third division at the time, seven points adrift, and Roberto was one of the new players who came in in January to try and help us claw our way back up the league.

It was his personality, his vision of the game, how he wanted to prepare. All conveyed in a medical! It really was an enlightening moment. Normally footballers don’t talk in those ways, it’s just playing and celebrating. With Roberto, there was a process, a preparation, a style, a personality. That was what I found different.

That was the impression he gave me straight away. I’ve met many people in football and he’s that person, he’s special. He’s been able to transfer his vision to many teams and many players. 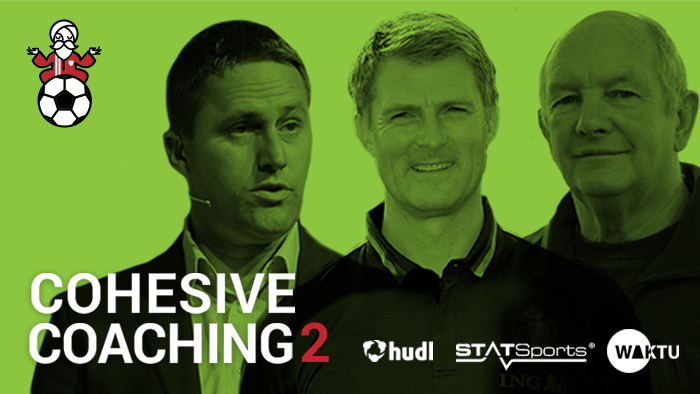 COHESIVE COACHING: Richard Evans will be speaking at our event on Nov 29th

I remember the first game he took charge of: Yeovil away. I was Head Physio and before the match Roberto said ‘Evo, I want to meet you in Swansea afterwards and discuss my vision and where the players are at’. We lost and he sat me down in the hotel for about two hours. Again, I went back home to the wife and said, ‘Wow. Roberto's a manager now and I've been blown away by what I've just heard’.

I couldn’t believe how quickly he’d transitioned from player to manager at the age of just 33. He wanted to play the ball on the floor, when at that time the typical team at our level was playing it long into the corners for a centre forward to run onto. Credit to chairman Hugh Jenkins for having the foresight to think Roberto could become a manager.

I was brought up in Swansea from the age of one and have always supported the club. After some good spells in the eighties we dropped into the lower depths. Roberto came along and brought a different perspective to football in the city.

He galvanised the players, made them more professional and the style transmitted from the pitch to the stands. The performances went through the roof and we were promoted to the Championship as League One champions. The growth of Swansea, the passage to the Premier League, came on the back of that. Roberto's personality was stamped all over it.

June 2009: Whether to leave Swansea

Roberto got the job at Wigan Athletic and asked me to go with him as Head of Sports Science. It was a huge decision for me; whether to leave my boyhood town, the club I supported, who my father had played for, where I’d worked for 10 years. And Swansea had offered me whatever I needed to stay at the club.

The FA Cup final was our finest hour in club football, a dream come true. As a kid, winning the FA Cup was the be all and end all and to actually experience it was exceptional. I think it’s still the best club trophy in the world. To stay in the hotel the night before, to have the coach trip and see all the fans, to walk up Wembley Way: amazing.

Winning that game was an incredible achievement when you consider the size of Wigan compared to the depth of the pockets of Manchester City.

In 2013, the FA Cup final wasn’t the last game of the season though, as it usually is. We still had two games left to stave off relegation from the Premier League. So we had this enormous success and excitement and then it was straight back on the coach to go back North with pizzas and recovery foods for the players and training the next day ready to play Arsenal on the Tuesday.

Unfortunately we couldn't quite do enough to survive and were relegated from the Premier League. That fantastic FA Cup run had taken its toll, physically and emotionally, but it's something the staff, the players and the fans of Wigan Athletic will never forget.

There were some real highs during our three years at Everton, but getting sacked was one of the hardest points in my career. You feel like you’ve been ditched by a long-term girlfriend. It’s brutal. You feel personally responsible, you feel a threat to your family, and wonder where the next job is going to come from. There’s a minefield of questions: were we good enough, why weren’t we successful, why us and what are we going to do next?

When you’re within a World Cup, you don’t really see the media, the fans going mad, all the paraphernalia that surrounds it. You’re in a bubble. You prepare, train and go to the games. But what a journey!

Against Japan, we were 2-0 down after 70 minutes and I remember thinking, 'we can’t go home at this stage, we’ll be a laughing stock with the group of players we've got'. The way the game unfolded, with the substitutions and the goals, was exhilarating, an amazing experience. Japan played their hearts out, they played fast and strong, they matched our tactical situations. Then the manager made two unbelievable substitutions (Marouane Fellaini and Nacer Chadli), they both scored and the rest is history.

In the quarter-final, against Brazil, everything came together and we gave a fantastic performance. After the semi-final defeat by France we were all very disappointed, it goes without saying. The biggest disappointment was that we hadn't scored. We’d always managed to score and create chances, both in the qualification and in the tournament itself. In the second half we didn’t feel we’d really expressed ourselves and that the game had passed us by.

Reflecting now, to be involved in the World Cup and to play seven games is very nice.

There are so many rumours in football that you have to wait for that moment to actually happen. To be linked with Real Madrid was an acknowledgement for all the work Roberto has done in his jobs to date, but we have this fantastic job with Belgium, with a great staff and group of players.

Despite our history together, I don’t expect to be asked to go anywhere else with Roberto. The circumstances might mean he’s not able to take me with him and that will be the time we finish. In the back of my mind I know that could be a possibility.