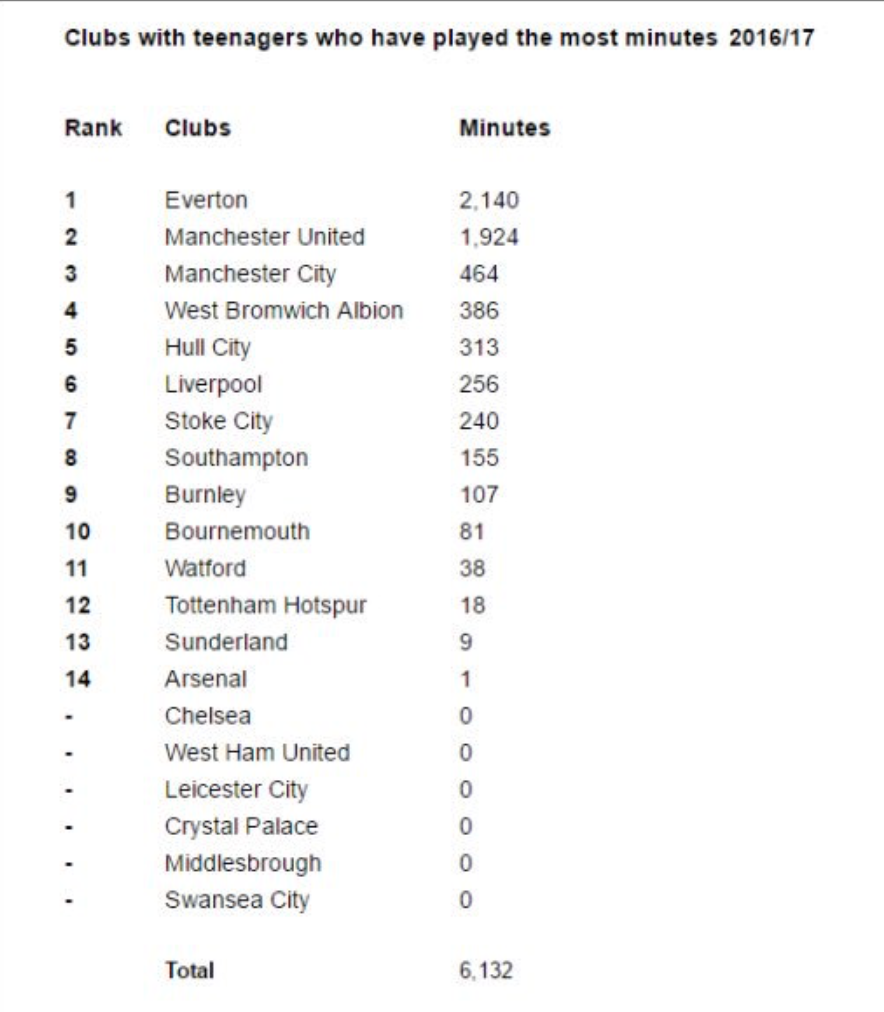 IN injury time on the final day of the season, Declan Rice became the first teenager to feature for West Ham in 2016/17 - just 24 hours after co-owner David Gold had declared it would be “extremely unlikely” a teenager would be able to break into the side.

The centre-half came on for Edimilson Fernandes in the 91st minute of West Ham’s 2-1 win over Burnley on Sunday. No teenager had played a single minute of first-team football for the Hammers before that.

Last week, West Ham came joint bottom of a league table ordered according to playing minutes given to teenagers, along with Chelsea, Leicester, Crystal Palace, Middlesbrough and Swansea.

On Saturday, Gold tweeted: “I think we all have to except [sic] that it is extremely unlikely that a teenager will break into a PL team full of seasoned internationals.”

He followed up: “Playing teenagers doesn't guarantee success. Hull came 5th and got relegated. Chelsea came last and won the league,” and “Sam [Allardyce] played the teenagers at Nottingham Forest and we got beat 5-0,” adding that the best way for youngsters to get experience was to go out on loan in the lower divisions.

This understandably upset many of the club's fans, who were once accustomed to seeing stars emerge from the youth ranks. Rio Ferdinand, Frank Lampard and Michael Carrick were just three of the England internationals to come through under former Academy boss Tony Carr.

Gold nevertheless celebrated Rice’s debut, tweeting "Well done Declan. #brightfuture." It capped an impressive week for the 18-year-old. On Tuesday night he captained West Ham to a 2-1 win over Newcastle in the Premier League 2 Division 2 play-off final, earning them a place in Division 1 alongside big boys Everton, Chelsea and Manchester City.

Rice is a highly-rated Republic of Ireland Under-21 international who has been linked with a move to Arsenal.