Rennie returns as Head of Medical at Bristol City

DAVE RENNIE, who was Leicester City’s Head Physio for more than 20 years, has been appointed Head of Medical Performance at Bristol City.

The move reunites him with City manager Nigel Pearson, with whom he worked for four years with the Foxes.

“I am delighted that Dave has decided to join us,” Pearson said. “He is the one name too frequently omitted from the Leicester City success story - his influence across the club is immeasurable and he brings a level of expertise, experience and personality which is rare in sport.

“Dave is an expert in ensuring that players are physically robust enough to deal with the rigours of the football season. He is an important appointment in addressing that and building a fit and resilient squad.”

Rennie has worked at more than 1,000 games across the Champions League, Premier League, Championship and League One and was a prominent member of the Leicester backroom staff that won the Premier League title in 2015/16.

“This is a really exciting challenge which I am looking forward to getting stuck into," Rennie said. "There’s a lot of work to be done and I’ve already had positive discussions with the staff as well as meeting some of the players before the off-season.” 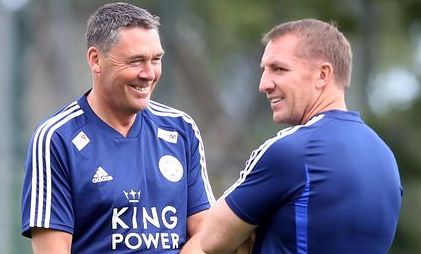 Rennie was sacked by Leicester in August 2020, with manager Brendan Rodgers explaining that the club wanted to move to a new model with a qualified doctor as Head of Medical. Bryan English, who had worked with Rodgers at Chelsea, was subsequently appointed to the role.

Bristol City are revamping their medical team, with Head of Performance Andrew Rolls having departed the club three weeks ago before joining Ipswich Town. Pearson said he was keen to address the injury problems the club had had during his time with them.