Reasons for the eruption of Icelandic football

ICELAND have been the darling underdogs of international football since beating England at Euro 2016 and qualifying for the World Cup two years later.

When foreign journalists ventured to the country to try and discover how this had happened, a key component emerged: coach education.

This wasn’t always the case, however. Siggi Eyjólfsson (above) was just 29-years-old and winding down a nomadic playing career that took him to the USA, England and Belgium, when the Icelandic Football Association (KSÍ) appointed him their first Technical Director in 2002.

“The KSÍ was very small back then,” Siggi recalls. “There were maybe 10 or 11 people. My office was the meeting room, so I always had to clear my desk when there was going to be a meeting."

His remit was to improve the quality and quantity of Icelandic coaches. He inherited very little. The man previously in charge of coach education juggled the role with a full-time teaching job and leadership of the Under-21 national team.

There was no structure or syllabus. The budget was meagre. And Iceland - one of few European nations outside Uefa’s coaching convention - remained on the northern periphery of the continent when it came to coach education.

Eyjólfsson’s first task was to move Iceland closer to its neighbours by adopting the Uefa licensing system.

“We had to design the courses from scratch and decide what we were going to teach at each level,” he remembers. “I asked myself: ‘What is important for the coaches of Iceland to know in order to improve the level of play?’”

Eyjólfsson took Uefa’s template and tailored it to Icelandic needs, mindful of the fact that the most talented players needed to be prepared for moves abroad at young ages. The result was a holistic approach.

“I always thought the most important thing was to reach the masses,” he says.

Coaches in north and east Iceland had not attended many courses in Reykjavík, because that required a domestic flight and overnight accommodation, so Eyjólfsson set off around Route 1 – the circuitous road that etches a tarmac ring around the island – and took the courses to the towns.

Uefa courses are invitation-only in other countries, but Eyjólfsson made them open-access in Iceland. Coaching qualifications soon became a status symbol too.

“It exploded when we got the Uefa badges,’ he explains. “Everyone wanted the little ID that you can keep in your wallet to show people you were a Uefa-licensed coach. We found that was really encouraging.”

The KSÍ used a carrot-and-stick approach to secure the support of Icelandic clubs. A licensing system made it mandatory for them to educate their coaches.

If, for example, the champions did not have a licensed coach in charge of their U14s, then the first team would not be allowed to defend their title.

The KSÍ relaxed the rule after the initial shock tactic had the desired effect, but clubs still received a fine if their youth coaches did not have the requisite expertise.

The result is that Uefa-licensed coaches train Icelandic children from U6 level. All coaches are paid for their time and there are no volunteer dads on the touchline barking spittle-flecked orders at mortified young sons.

“The clubs decide how they coach their players from the age of six up to the first team,” Eyjólfsson explains, “but there are certain guidelines. 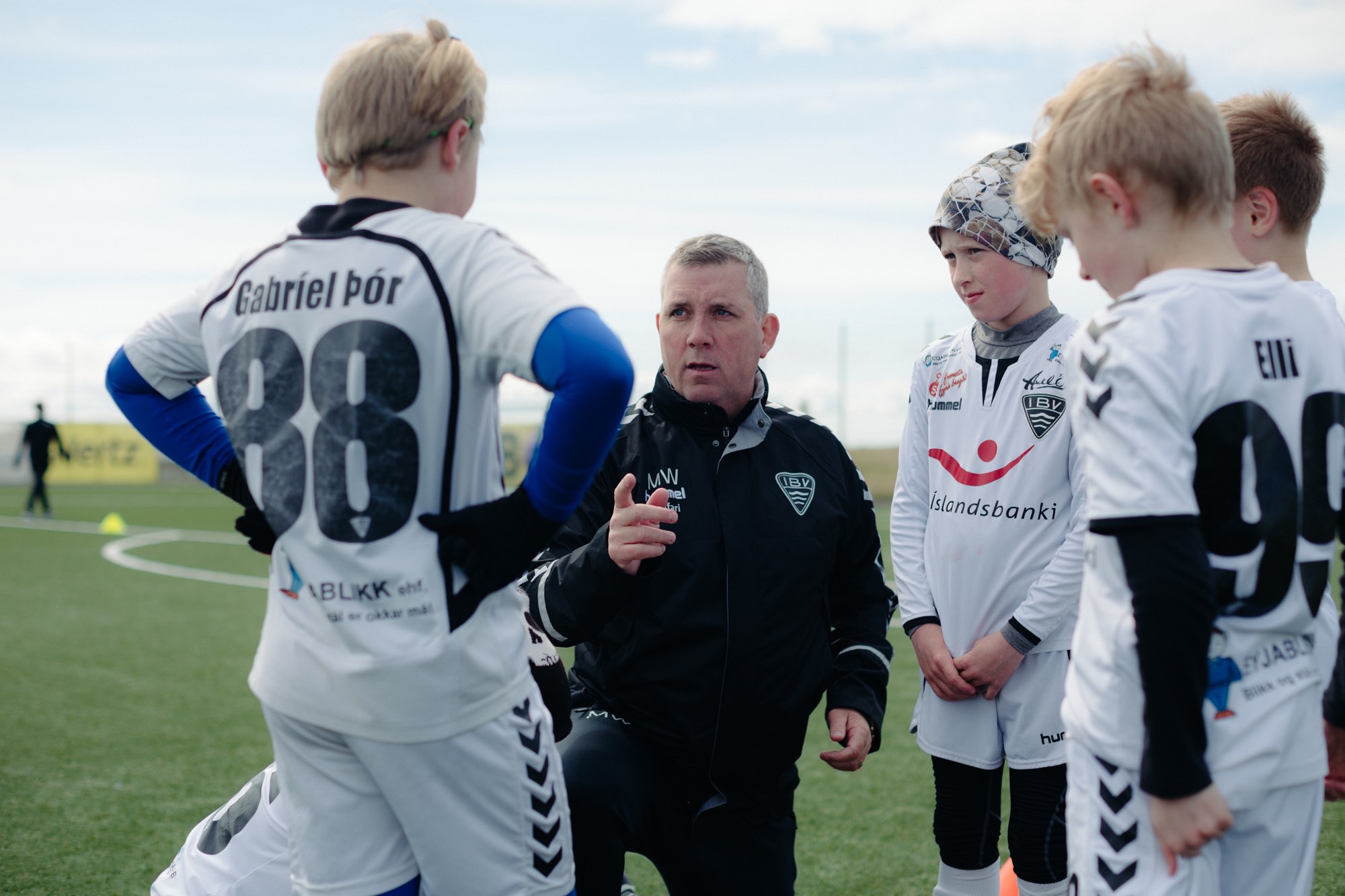 The KSÍ offers a framework without dogma, because a fully-centralised process will create homogenous players.

Arnar Bill Gunnarsson – who took over from Eyjólfsson as Technical Director in 2013 – explains that scarcity is the reason for devolving power to individual clubs and coaches. To put it succinctly, Iceland has too few players to create replicas.

“We believe coaches are independent,” Gunnarsson says. “We don’t tell the coaches to all do the same thing because we have so few players.

“The Under-17s, for example, may want to play like the national team – which usually plays 4-4-2 – but the Under-17s may not have two good strikers. So we keep it open. It’s down to each coach.’

The fundamental principle is to engage children early on, sowing the seeds of a passion that will eventually grow into perseverance.

“We teach coaches that, for the first couple of years, football just has to be fun,” Eyjólfsson adds. “Don’t take yourself too seriously as a coach.

“You can horse around with the kids and try to make it fun so they look forward to the next training. Don’t think about results. Just let everybody play.

“Be encouraging and positive. Engage the parents. And you’re successful if you increase the number of kids at the end of the year. If you can treat that inner motivation in the kids and make them interested and wanting to come to football, you’ve done your job.”

Gunnarsson does not think the Uefa-stamped environment will squeeze spontaneity from the young players.

“I would say it’s the complete opposite,” he says. “Inside the structured session you get a lot of freedom.

"The key for me is that if you go to a fun, well-structured session, you’re more likely to fall in love with the game.

“And if you fall in love with the game, you’ll play football outside the organised training sessions. Nobody becomes a really good player if they just show up three times a week for training. You have to stay out on the pitch for fun.

"I believe more players will do that if they have quality sessions when they start playing. The coaches who have the youngest players are absolutely vital."

The KSÍ committed to a sensible, accessible approach to coach education and has seen it through over the course of two decades. The case of Icelandic football shows that sticking to a plan, even if the components of that plan are not ground-breaking, can deliver stunning results.

Iceland produces more professional footballers per capita than any other European nation and, with this coaching infrastructure in place, that looks set to continue.

Against the Elements: The Eruption of Icelandic Football by Matt McGinn is out now with Pitch Publishing (£12.99). You can order a copy here.