Rashford, Gascoigne and the power of play

DAVE PARNABY, who is retiring at the end of the season after 20 years as Middlesbrough’s academy director, says youth football has become too ‘formalised’ and lost the art of play.

The 62-year-old says this has led to a reduction in creativity - and also a loss of leadership among modern English players.

Parnaby, who became head of Boro's academy when the FA's Charter for Quality was introduced in 1998, cites Manchester United as the best example of a club making training ‘playful’ again.

“There’s lots and lots of provision for formalised football, where there are lots of people in tracksuits who call themselves coaches,” Parnaby told The Independent.

“Lots of cones, high-class equipment, and we’ve been lucky at Middlesbrough that we have had access to that. Society has moved and it’s taken street football away, that element of play. At Middlesbrough we’ve consciously tried to take that formalised football and make it play.

“In terms of youth development Man United have done that best, made it playful, not too much influence from people called adults.”

In March, TGG published a piece about how United had taken on Chelsea at George's Park in a format called the 'elite playground', which, as the name suggests, was an attempt to recreate an informal setting for a game.

Paul McGuinness, who resigned as United’s Under-18 coach last February after 23 years at the club, has given a fascinating insight into how United make training ‘playful’.

In an interview with The Sunday Times, McGuinness said: “The EPPP model is scientific, with the hard data part of sports science emphasised. Yet footballers are experts in calculating time, space, speed, spin, in pressured environments. They do this by play, a series of experiments over years. Einstein said, ‘Play is the highest form of research’.”

One method was cage football, which Marcus Rashford took part in from the age of 12. 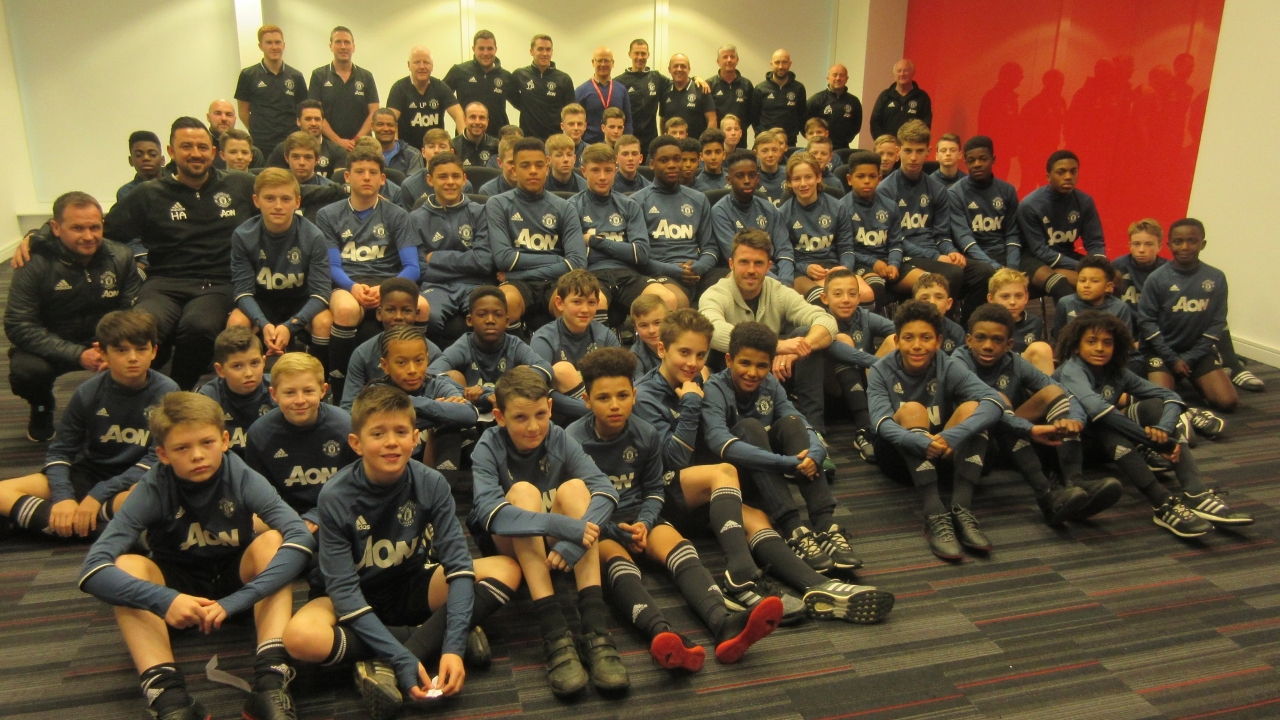 “He’d play with Lingard, Pogba, Ravel Morrison [all aged 17 then]. It was 13-a-side and looked like a scramble, but that’s what we wanted, so you had to have the quick-witted skills, the techniques, the timings, to survive.

“You had the future world’s most expensive footballer, just three years from winning Serie A, playing with you when you were 12, doing tricks, flicking it over heads, one-twos, drag-backs, the things he does now. Marcus was a privileged spectator, right next to Pogba on the pitch, learning by osmosis.”

Another was a game nicknamed Jogo Bonito - which means Beautiful Game in Portuguese. 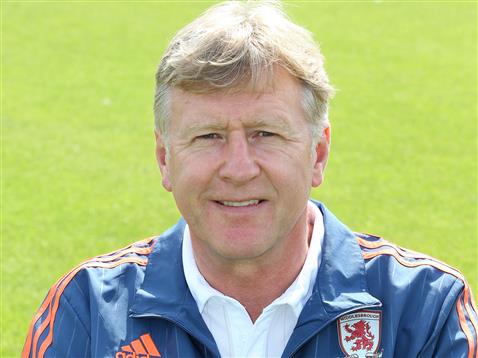 “We did a game on a basketball court in Carrington,” McGuinness says. “Wednesday afternoon, the boys are tired. OK, let’s play for fun. And somebody would start it off, he’d do a trick, then someone else, and then it becomes a competition.

“Suddenly it’s Pogba v Ravel. Januzaj, the Keane brothers and a game that started at walking pace is fast and competitive. They were magical sessions.”

And before, that, from the ages of nine to 11, “four v four, sometimes without a goalkeeper”.

“You just dribble it over the line, sometimes with small goals, sometimes big goals and a keeper,” McGuinness explains. “There were lots of variations to practice and an emphasis on individual skills. Marcus thrived.”

Parnaby says these games get back to the days of street football - where enjoyment, creativity and leadership thrived.

“In the old days the great players from the North-east, like Bobby Charlton, weren’t interrupted by adults saying ‘do this, do that’,” he said. “They just created their own games from their own imaginations with very little intervention from adults. We’re now in an era of sports science, coaching, psychology.

“It’s coached, boxed, scientific. That freedom of expression, freedom of play, has gone.

“At six, seven, eight year-old level there’s loads of football. The level of technical ability is as good as it has been for some time, that’s what I see across academies in England.

READ MORE: There is an 'i' in team - Michael Beale

“But there’s a constant mention of lack of leadership, toughness and responsibility. If this formalised football wasn’t there, would children play it at all? Would they go and create games themselves? Are there the facilities? “Therefore, decision-making, do we give them enough responsibility? The Charltons in the back street, Gascoigne with a ball under his arm in Dunston, they were making all their own decisions. I suppose that creates leadership in itself.

“We’re trying to create, or re-create, an environment where decision-making is there. Our acronym is BORO and the first ‘O’ is for ownership – ‘it’s your programme, you drive it.’ 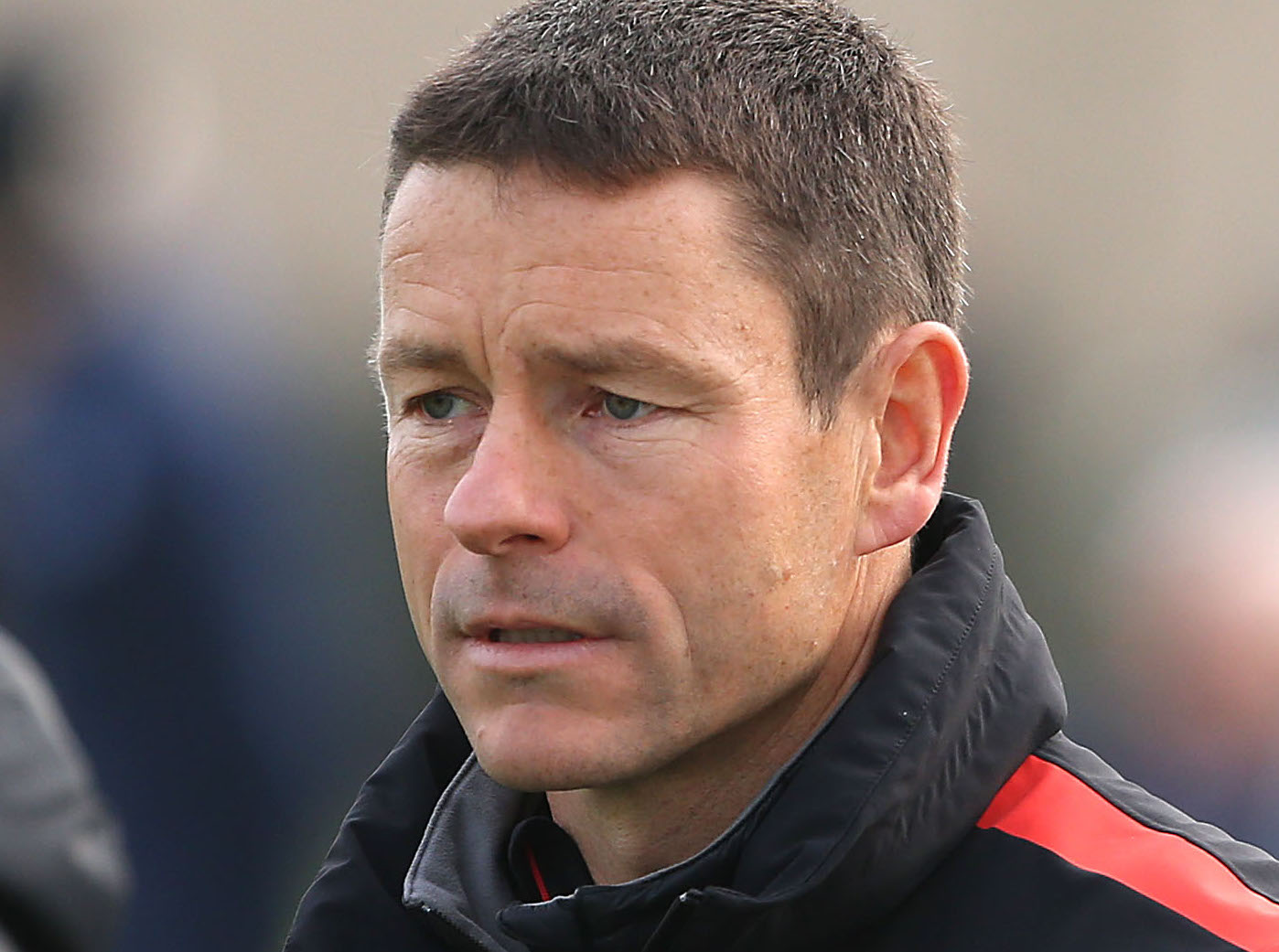 “The ‘R’ is for responsibility – take responsibility for your own actions on and off the pitch. Coaching is developing. We do play-led tournaments, where the boys do the half-time team-talks and stuff. That’s common across the county.”

Parnaby says this 'hands-off coaching' has been employed with Boro's Harrison Chapman, 19, and Stephen Walker, 16, who are both England age-group internationals.

“We haven’t intervened a lot with either player," Parnaby said. "They have exciting ability with the ball. They have a natural way of playing, a freedom. I don’t think any of the coaches at Middlesbrough have taught them how to beat a player the way they do. They’ve done it, they’ve found something within themselves, in their psyche: ‘I’ll try this.’”

Parnaby will be replaced by Craig Liddle, the current development phase lead coach, at the end of the season. McGuinness left United following a reshuffle that saw Nicky Butt installed as boss of the club's academy. Former Spurs man Kieran McKenna, 30, is now in charge of United's Under-18s.