QPR have taken a “massive step” towards developing a new state-of-the-art training ground and Academy in west London.

The Court of Appeal has found in favour of Ealing Council’s decision to grant planning permission to the club for the redevelopment of more than 60 acres of land at Warren Farm in Hanwell.

QPR say the new facility, designed by Populous, will enable them to gain Category 1 Academy status (they are currently Category 2), while bringing their youth and senior teams together on a single site with cutting-edge facilities. These will include a gym, medical, performance analysis, classrooms, offices, changing facilities and a community pavilion.

Chief executive Lee Hoos said: “A new training ground has always been at the forefront of our strategic planning for the club. This decision is fantastic news and a massive step forward that finally gives us the pathway we need to see this priority through.

“The objectors have 28 days in which to file an appeal to the Supreme Court. The expiry of this will represent the final legal hurdle, which is significant news.”

QPR have trained at Harlington near Heathrow on land rented from Imperial College University since 2007. Their Academy teams also use an indoor dome at Cranford Community College in Hounslow.

The club had originally planned to have the Warren Farm facility ready in time for the start of the 2013/14 season, but their plans have been stalled by a protracted legal battle. 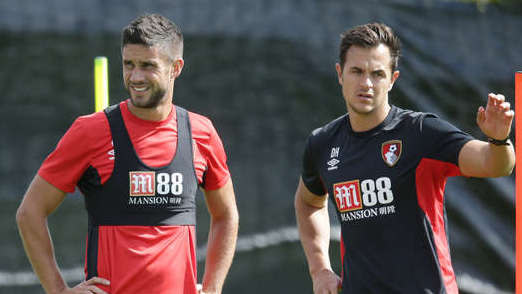 The crowdfunded Save Warren Farm Campaign launched a judicial review against the Council’s decision to grant planning permission to QPR. In 2016, the Council had given the club a 200-year lease on the land, while QPR had said they would invest £30 million into the project.

The review was defeated in the High Court in February 2017 and now the Court of Appeal has rejected the Campaign's attempt to have that decision overturned.

The Campaign's solicitor, Rheian Davies of DH Law, had previously stated: “It is shocking that this public land has been given away with so little legal protection. Campaigners [cannot understand] why Ealing Council have taken it upon themselves to be responsible for providing ‘free’ land for corporate development, over the needs of residents.”

Les Ferdinand, QPR's Director of Football, had described the "state-of-the-art facility that brings the first team, Academy and community together in a unique hub" as "vitally important for the club".

He added: “QPR has always been a club that takes pride in its local community and we will ensure that bond is strengthened with this exciting move to Warren Farm.”

The Campaign group is also unhappy about plans to bring landfill - requiring a truck to enter the site every four minutes for eight months - to level the site, which they say will net QPR's owner's £4 million.