THIRTY backroom staff from 19 clubs have united to run 10km a day in November to raise money for Prostate Cancer UK.

The challenge, called Prostate United, was the brainchild of Rotherham United duo Stephen Gilpin and Ross Burbeary and is now in its third year.

Gilpin, the Head of Medical for the Millers, told TGG: “My Grandad died of prostate cancer 10 years ago and Ross and I were always looking for a physical challenge to mark that.

"Last year we went again, but opened it up to the forum of football. As a department we did it - myself, Mark Hoy the physio, Adam Pulford, the head of sports science, and Matt Lowndes, our sports rehabilitator.

“We also had Adam Hearn and Andy Young from Coventry City and Paul Parker from West Ham Ladies and we raised about £8,500.

“This year there are the six of us from Rotherham along with a new doc we’ve recruited (Vas Mani), and we’ve got quite vocal with it on Twitter. The response from other clubs has been absolutely phenomenal.

"We’ve got 30 team members so far on our page and there are many more people getting involved every day.” 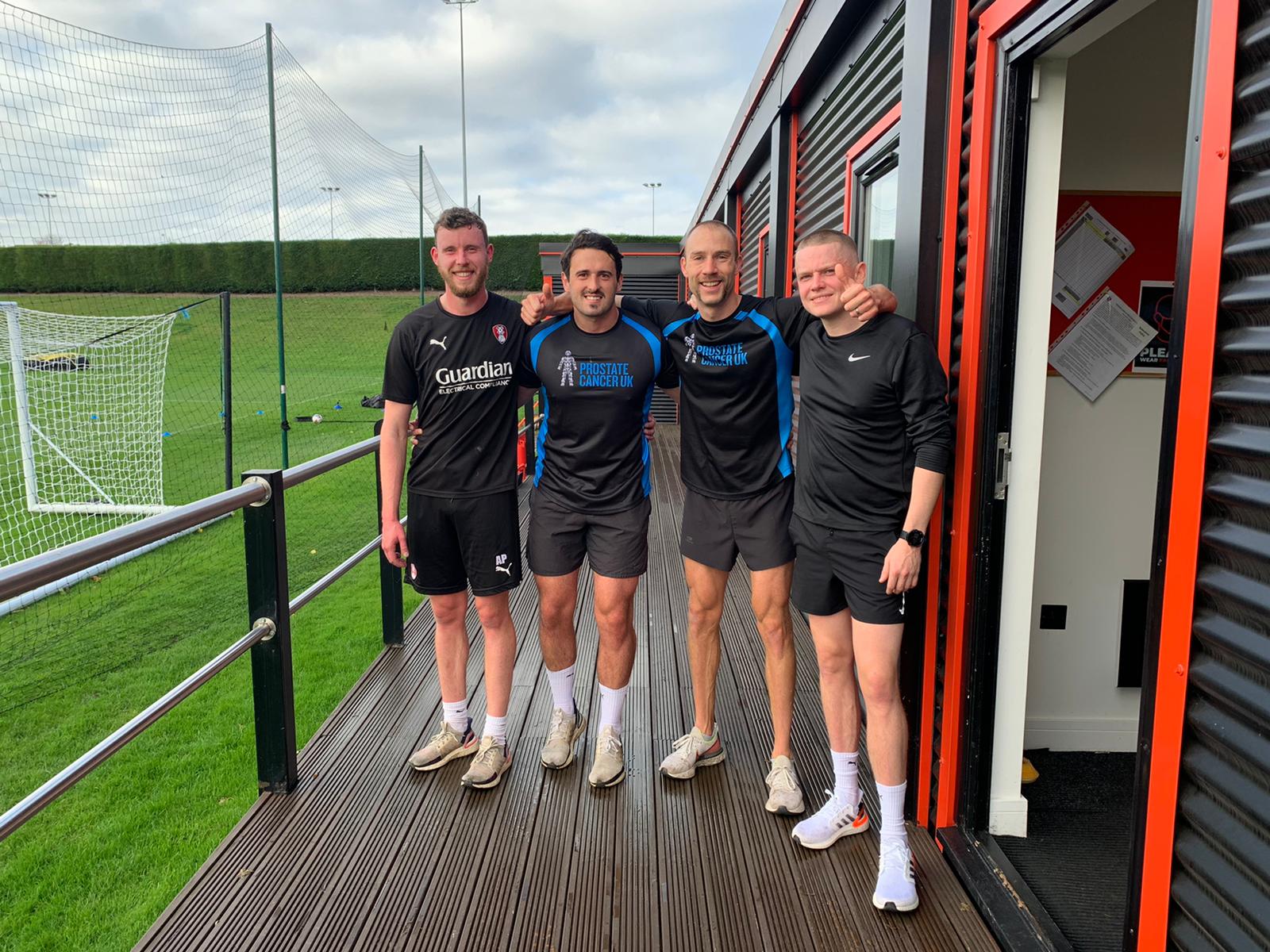 As of today, more than £12,000 has been pledged and those taking part hail from clubs ranging from Oxford City in the National League to FC Cincinnati in the MLS, and from sports including football, rugby union and ice hockey. At Sheffield United alone, a dozen staff are taking part.

In the first two years the aim was to run below 45 minutes for 10km (which is no small feat), but Burbeary says: "This year there are no performance targets. It’s about bringing everyone together.”

So the Sheffield United dozen - along with Luke Jenkinson from Derby County - are cycling rather than running, for example.

“It’s about the togetherness, the solidarity, the camaraderie," adds Burbeary, who is in his fourth season as Rotherham's Performance Manager. "Great things are never achieved alone and this shows that.

“It’s an unbelievable achievement and the fact we’re all running or cycling around the country with prostate cancer shirts on at the minute gives people a purpose.

“The world isn’t a great place right now and football is a quiet place without any crowds, so this is a nice way of us showing we don't just live in a bubble and can do things for good causes. What a great way for football coaches, medical, performance, analysis staff, to all come together to do that.”

Gilpin says the ultimate aim will be for every one of the 92 Football League clubs to take part in the challenge, with at least one coach or practitioner from each getting involved. And people are still able to get involved this year.

“If anyone wants to join in, we'd love to have them on board," says Burbeary. "They could walk 5km a day, or run 10km a week, or 25km for the month. Whatever people choose, that’s great. It's just about setting a physical challenge for yourself.

"Just drop us a message at @prostateunited on Twitter and do whatever you think would be a challenge for yourself. If you’re going to do a cycle challenge, Wattbike have brought out an app, the Prostate United 25km edition, which is incredible.

"For the running, we're use Strava, which is easy for us, for proof we’ve done it.”

You can find out more and pledge money HERE.