Players told to leave injuries to the professionals

PREMIER LEAGUE players have been reminded not to touch team-mates when they go down with injuries and to leave treatment to the professionals.

Two team-mates of Fernando Torres were praised for intervening when the Atletico Madrid striker was knocked unconscious during the draw against Deportivo La Coruna at the start of the month.

Deportivo doctor Carlos Larino said: “Gabi even took a bite from Fernando when opening his mouth. What he and Vrsaljko did was perfect.”

However, Premier League doctors have reiterated that this is NOT the way to proceed.

Dr Craig Roberts, Bournemouth’s head of medical services, told TGG: “We have a talk with the players at the beginning of the season and tell them 'don’t touch them, don’t move them, don’t do anything, just wait for us to get on the pitch'.

“Our message is simple - don’t do anything, we will get there and sort it out. That’s what we try to reinforce. Generally within 20 seconds we would be with a player – in fact 20 seconds would be a long time.

“The refs are pretty good. They can identify things and get you on pretty quickly. One of our players had a clash of heads [Tyrone Mings against West Brom] last month and the ref was really good, he came to us and said ‘take your time, don’t rush, make the right decision. When you’re ready, we’ll re-start.’ 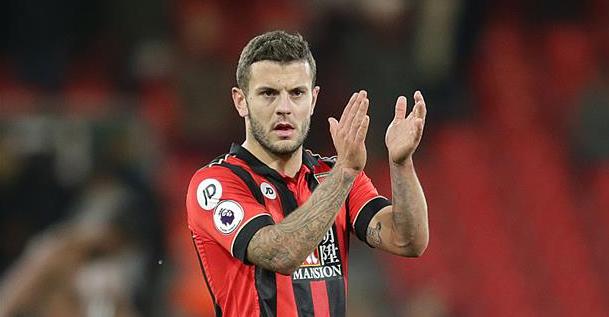 “A lot of refs don’t do that. We appreciated it because that gives you the time to make the right decision."

Roberts, who was the South Africa rugby team's doctor before joining Bournemouth in 2015, added: “I’ve come from a rugby background where you can go on and off the pitch all the time. Generally you get the call right, you know when to go and when not to go, you won’t be silly about it. In rugby I’ll be on the pitch 20 times in a game and the game goes on.”

The Premier League Doctors’ Group is due to meet before the end of this month and will reiterate the message that players should not attempt to treat team-mates.

The players might think they are doing the right thing - not least because there remains a fear about unconscious players swallowing their tongues - but medics say the opposite is actually true.

Dr Zaf Iqbal, the head of sports medicine at Crystal Palace and a member of the doctors' group, agreed: “The best thing players can do is stand back, call for a medic and let the pros do their jobs."

He said the prospect of a player swallowing his tongue was little more than an urban myth.

“The idea a player can swallow his tongue is extremely unlikely, unless it has been torn from the bottom part of the mouth," Iqbal told The Guardian. "I have never come across it, though that term has almost become a cliché in English football.

“The danger in pushing your fingers into the player’s mouth are that you could be bitten, but you could also push out any obstruction, for example chewing gum, further into the throat or cause more bleeding.

“[By] trying to move a player on to his side... there is a risk of aggravating an injury and potentially causing paralysis."

Roberts added: “The danger with a head injury is the associated risk of a neck injury. The adage is that when someone is knocked out, you have to assume they have a neck injury as well, until proven otherwise. Players often think they are doing the right thing by rolling them into the recovery position, but they're not.”

Bobby Barnes, deputy chief executive of the Professional Footballers' Association, said his members were indeed encouraged to leave medical matters to the professionals.

"There is no specific training for players to deal with other injured players on the field," he told TGG. "The focus has been on having trained medical professionals on the touchline and being able to get them onto the field of play as quickly as possible.

"The protocols have changed a lot since Petr Cech’s injury at Reading in 2006. There is now an ambulance at every ground for example."

It is also now mandatory to have a doctor from each team as well as a neutral doctor in the tunnel at all Premier League games. Staff can also review incidents immediately on a screen in the medical room. Doctors have to undertake annual refresher courses on procedure as well as an advanced resuscitation and emergency first aid course every other season, overseen by the Football Association. 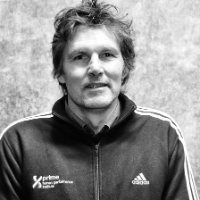 SOUTHAMPTON'S Lead Data Scientist, Alex Kleyn, explains how the club use data to ensure the new B team is tactically aligned with Ralph Hasenhuttl’s first team.

Why Wolves are looking for a Strategic Player Marketing Manager

WOLVES Academy Manager Scott Sellars explains why the club are advertising for a unique role for showcasing young talent for development and recruitment.

OUR 10 most popular stories of a year like no other.

UNDER-16s lead Dan Micciche outlines the key principles of Arsenal's Academy and how they go about developing 'Strong Young Gunners.'

Why Allardyce’s Bolton was the performance talent factory

THE list of backroom staff who worked under Sam Allardyce at Bolton Wanderers reads like a who’s who of football performance.