ON the eve of every game next season, Celtic’s players will arrive at their team hotel carrying a set of personalised pillows bearing their initials and squad number.

This will be more than mere monograming though. Each member of the first-team squad has already been to a workshop and had bespoke pillows made, tailored to their own sleeping style and preferences, by an Estonian company called SleepAngel.

Perhaps most crucially of all, the pillows have a unique ‘Pneumapure’ filter (below), which prevent pathogens, including bacteria, viruses and fungus from going in or out. This might all sound a little trivial, until you consider how many people have slept - and slobbered - on a standard hotel pillow before it's used.

One study by The Barts and London NHS Trust found 30 different types of infection in a sample of pillows taken from hospital wards. 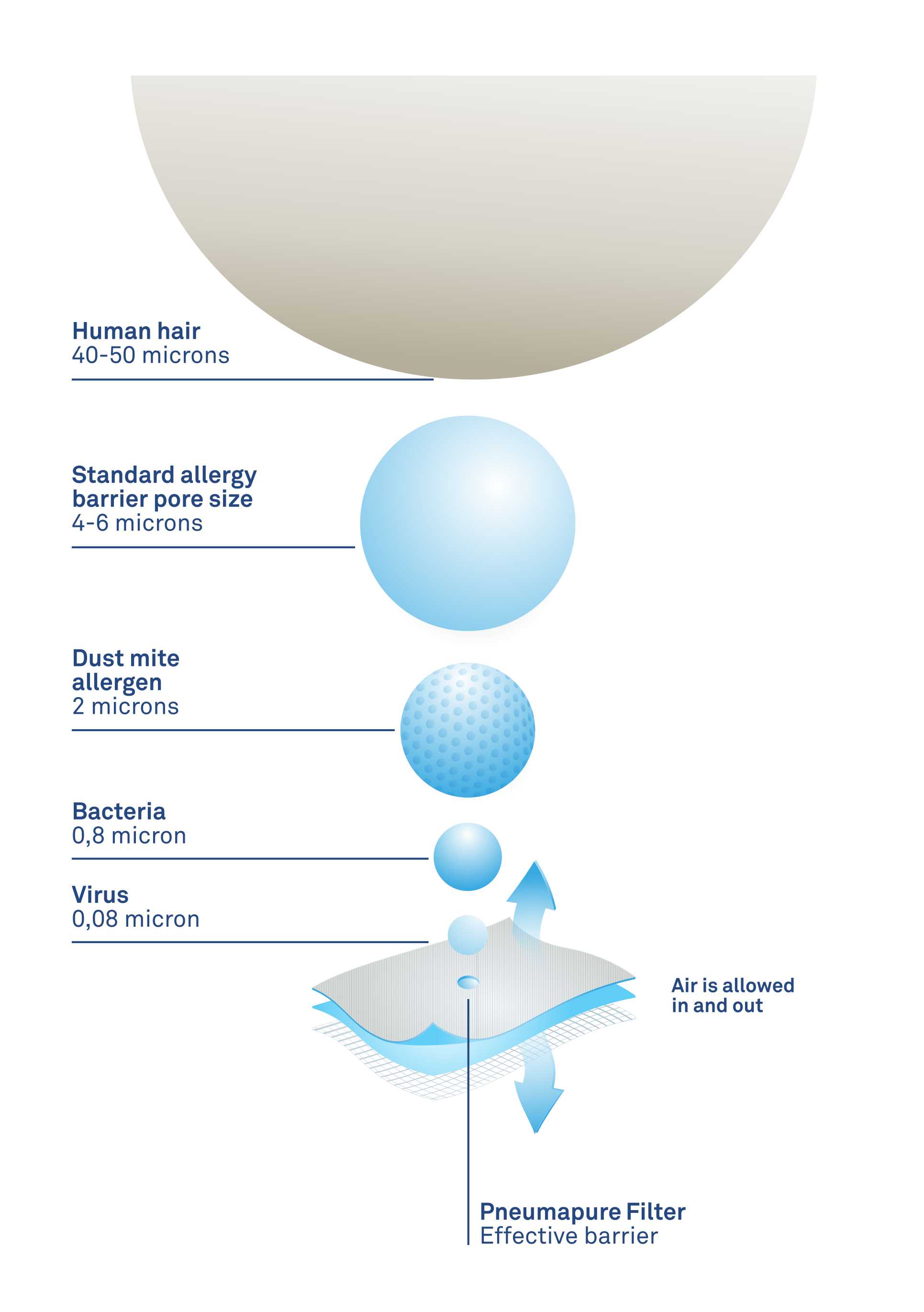 SleepAngel has been a big player in the medical world for some time and is now targeting elite sport. In clinical trials, the Pneumapure filter has been shown to be 100% effective in preventing the ingress of pathogens, including nasties such as norovirus, C. difficile and MRSA.

Sports scientist Scott Breddy found out about the company from a friend who worked at Glasgow Royal Infirmary. He told TGG: “Infection and illness is perhaps a forgotten area in football. We talk a lot about injuries, but you can lose a player for two or three days a season because of illness.

“This might come at a critical time of the season, which will really affect the team. There is good research showing there is an increased risk of illness during congested fixture periods, and SleepAngel might give us the ability to reduce that risk.

“My friend told me about this new product for infection control, which is a big issue in hospitals. This was something I hadn’t really considered before. Bedding is a real source of infection and transmission. Pillows and mattresses end up filled with pathogens, allergens, dust mites, dust mite droppings.

“Then I found out about the clinical trials that had been done on the filter and I could see the science behind the products. That’s very important for us.

“We got some samples - which the staff and players really liked - and after that it was a case of getting team kitted out. All the first team went to a workshop and were prescribed bespoke pillows after determining their preferred filling - memory foam, cooling foam, microfibre - and their sleeping style - front sleeper, side sleeper.

“From that information, pillows were bespoke-made and the players will get those exact pillows both at the team hotel and at home. Now we are looking at giving the reserves travel pillows to take with them next season too.”

SleepAngel is even working on a range of Celtic pillows, mattresses and mattress toppers, using the marketing tagline “sleep like a pro”, which could go on general sale in the club superstore.

The Spanish cycling giants Movistar are another client and have supplied pillows and mattress toppers to each of their 24 elite male riders and 12 elite female riders. 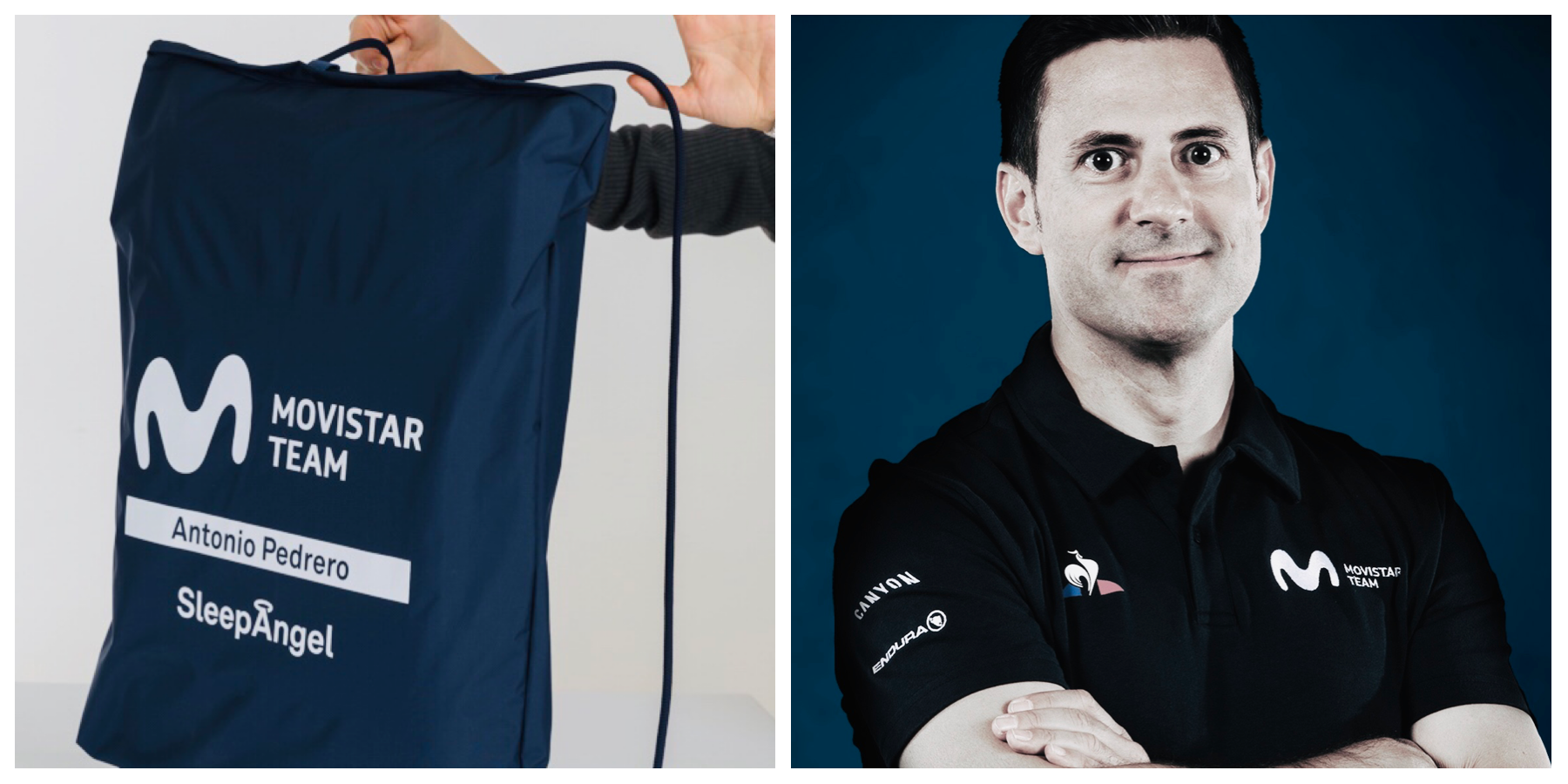 Their Head of Performance, Mikel Zabala (above), who is currently with the team at the Giro d'Italia, told TGG: “If you look inside a standard pillow with a microscope you will be scared. There are studies in scientific journals that have shown this.

“We spend at least half the year travelling and in hotels; every day a different hotel. If we use a SleepAngel pillow, we know they are clear in terms of bacteria, viruses, dust and other allergens.”

This final point, about being clear of allergens, is very important in a sport like cycling, where the ratio of weight to power is so crucial.

“The body creates extra-cellular water as a defence to allergens,” Zabala said. “This has an important purpose, but too much is bad for performance because it creates an excess of weight.”

Meanwhile, Celtic are keen to conduct their own research into the effectiveness of the Pneumapure filter in the world of elite performance.

“If something has come from the medical world, it gives you that trust,” Breddy added. “We are considering some research ourselves within the sporting environment.”

JUSTIN COCHRANE is destined to get a “formidable” job as an assistant or manager in the future, according to QPR Technical Director Chris Ramsey.