Guardiola is a fan of the backward pass

A familiar complaint from fans and pundits alike is "they kept passing the ball backwards and sideways."

Or maybe not. New data from the CIES Football Observatory shows that Manchester City have played more backward passes than any other side in Europe so far this season - an average of 293 per match in their 25 league games, which equates to 41.6% of all of their passes.

Yet you could hardly label Pep Guardiola’s side negative. They’re the runaway leaders in the Premier League, have scored more goals than any team bar Manchester United and are favourites to win the Champions League. 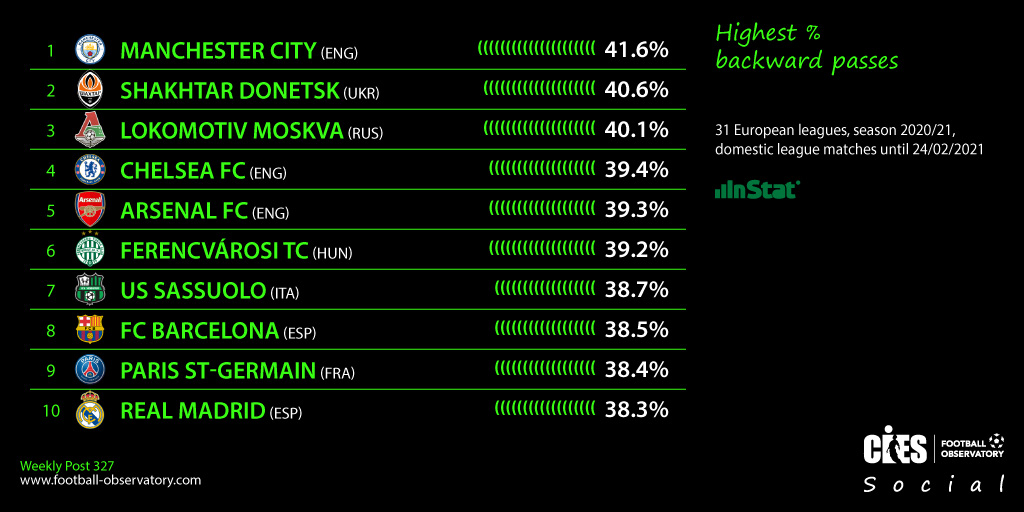 In contrast, the five teams in the Premier League and Championship that have played the lowest number of backward passes - Wycombe, Barnsley, Rotherham, Middlesbrough and Birmingham - are rarely billed as great entertainers and tend to be more direct in their play.

So perhaps it’s time we reappraised the backward pass?

"In football, people complain, ‘they do a lot of square and backwards passing,’” says David Adams, the Technical Director of the Welsh Football Association, "but Pep Guardiola ultimately uses backward passes as an attacking ploy, to open up the opposition.

"Manchester City do a lot of what I would call ‘up back and through’ patterns to open up the opponent. They pass backwards to draw the opposition forwards and out of their defensive shape. Then they look to exploit spaces.


“It creates a dilemma for the defending side. Do you push up high as a team and leave space in behind; do you drop back and cede space; or do you press from the front and maintain the deeper defensive line but leave lots of space between the lines?

“None of these choices is ideal, especially when you consider how tactically and technically adept City are. They are comfortable playing the ball back to the goalkeeper and centre halves, because they're technically strong on both feet.

“When they're in possession in deep areas you see them doing different things to create overloads and dilemmas: the winger going into the pocket, with the full back overlapping; quick combinations; decoy runs; the keeper threading passes or hitting the ball over the top behind the defence.

"Very occasionally the centre backs will get caught in possession - although that's happening less and less now - and Guardiola considers that there's more to be gained than lost with this approach.”

Arsenal are fifth in Europe for backward passes this season and Adams says, “in many ways they play in the same way as City, although without the same calibre of personnel”, which is perhaps no surprise when you consider that their manager, Mikel Arteta, was once assistant to Guardiola at City.

Under the Spaniard, the Gunners have frequently played the ball backwards to their deep-lying defenders (sometimes as deep as on the goal-line) against high-pressing teams.

In the Community Shield against Liverpool at the end of August 2020, the Reds had more outfield players in Arsenal’s box than the Gunners (four to three) during a passage of play in the 11th minute (as you can read in this excellent article on the Total Football Analysis website and see in the image below). 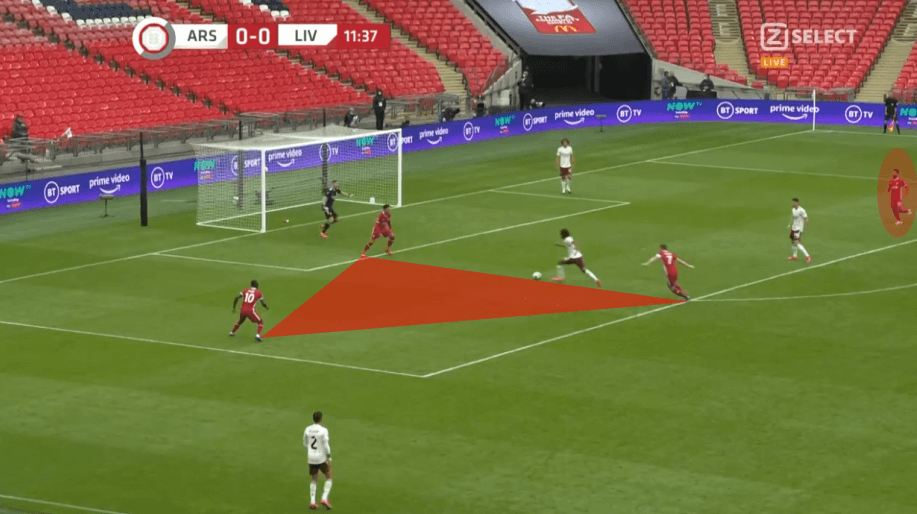 Within just three passes, Arsenal had broken the press and completely stretched Liverpool’s back four. This left Pierre-Emerick Aubameyang in acres of space on the far side and when Bukayo Saka found him with a lofted pass, the Arsenal captain curled the ball home for the opener.

Arsenal did the same thing against Manchester City in the 2020 FA Cup semi-final, choosing to start attacks from deep, drawing the press and pouncing when space opened up in front of them.

Hockey players are superb at deploying the backwards pass to beat the press and TGG understands that Guardiola has studied this sport, which is popular in his homeland.

Ben Mackriell is the VP of Pro Products at Stats Perform and a former Wales Under-21 hockey international.

"The sport is very big on pressing, because you will be punished very quickly if you’re not in position in defence, as the ball travels so fast in hockey," he says.

“Outletting is beating the press and is massive in the sport. The team in possession will go backwards and then to the other side of the pitch, usually the right, which is an attempt to move the press and make the defenders sprint long distances.

“A lot of these principles are transferable to football. You’re basically trying to stretch the defending team and create gaps between the lines.”