CHOOSING from Benfica’s Academy graduates of the last six years provides an XI capable of taking on most sides in world football.

Since 2014/15, the Portuguese club has generated a net surplus of more than £450m in player trading, including the sale of five Academy graduates, making it one of the most productive youth development programmes in Europe.

At the helm is Pedro Marques who, as Technical Director, has overall responsibility for youth development at the club’s Seixal Futebol Campus. 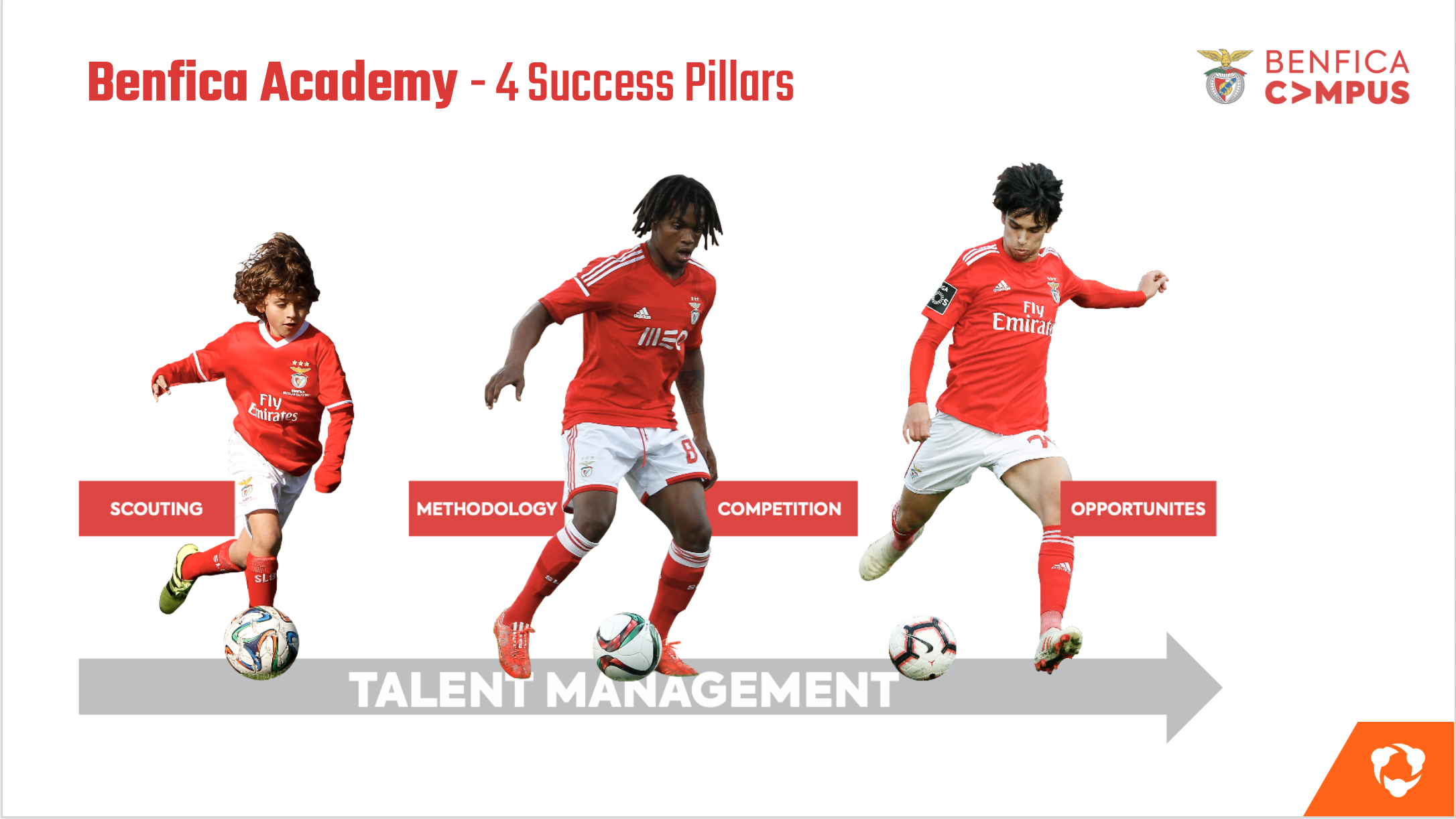 Pedro Marques: Talent development starts with scouting and recruitment. All of the big Academies have good players, but this stage is crucial if you want to go from good to great.

In scouting, there is an investment in identifying potential more than just performance. And we always look to the future of football as well, because when a player joins us at eight, nine years old, he will be playing first-team football in 10 years’ time.

All of the players who join us are profiled and we create an individual development plan for them. We view our Academy a little bit like a school - a school of football and great people.

These individual development plans work in short development cycles, where the multi-disciplinary team can assess the player and then sit with the player after they have reflected on their goals and development needs.

We try to maximise the support we have at the club - nutrition, school, social and so on - and that is where I feel we really see the benefit of having an organised process and long-term individual development plans. 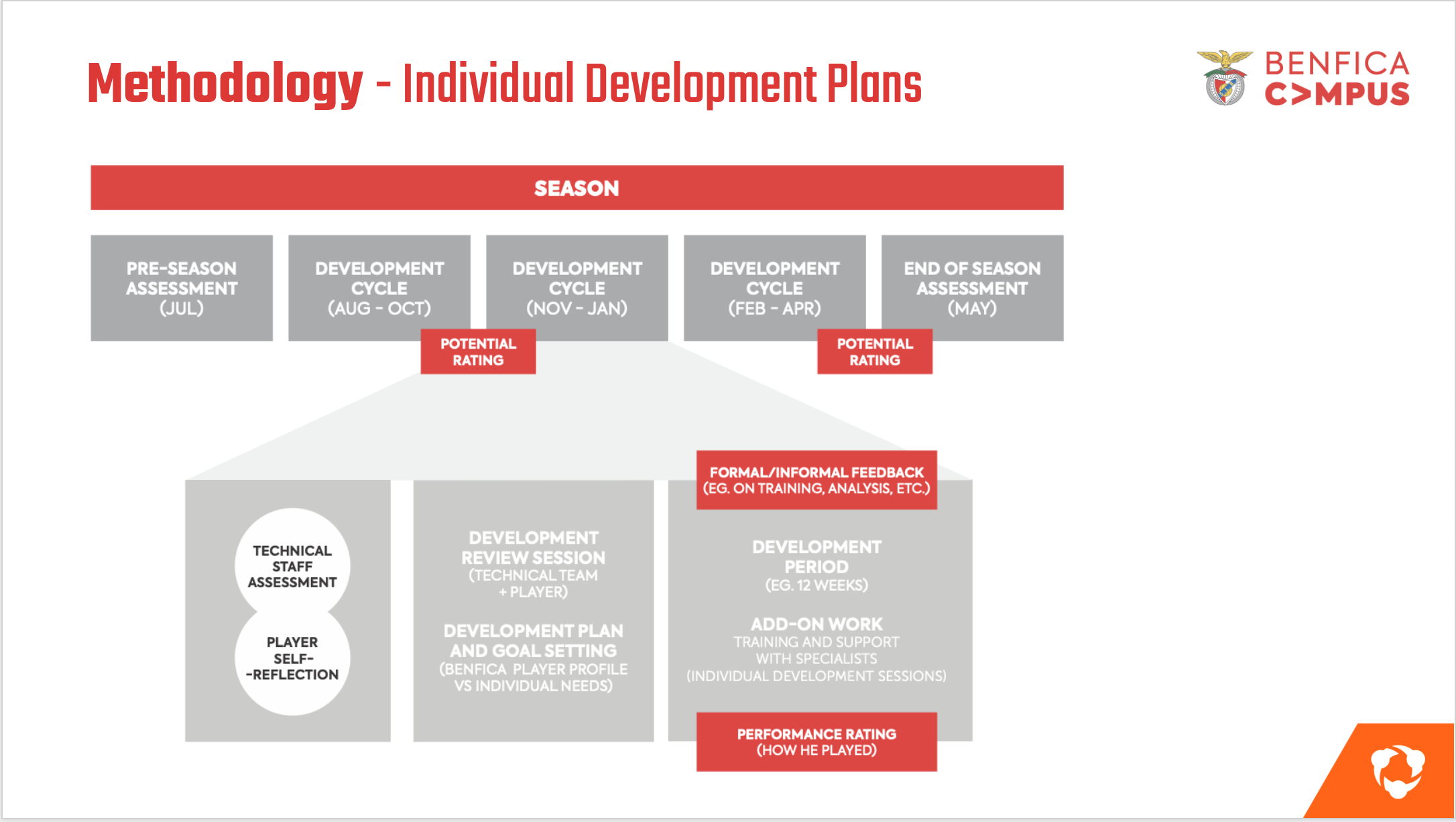 It seems common sense to have these plans - after all, players learn and develop at different rates - but bringing them to life on a daily basis requires commitment from our staff and a real understanding of what we do.

They need to be focused on the player, not so much on the team; to be altruistic and put themselves at the service of the player to really help them to develop.

We have an app for the staff in which we conceptualises the programme and this really helps to align thoughts and create the collective knowledge required to drive what we are doing.

The third pillar of our Academy is competition. Every player likes to play matches. To compete is part of the game and we need to manage competition so that a player gets the right level of stimulus across the different age groups. This is crucial.

We see competition as part of the development process. Competition and training are very much connected to helping player develop.

The player doesn’t belong to team A or team B; and he doesn’t belong to coach A or coach B. He belongs to Benfica. That idea of talent management is to get the player at the right level so they keep developing and this occupies a lot of my mind and those of the staff too.

The key idea is to use the level of competition as a development tool. In Portugal, the way age groups are structured is with a stage called transition to pro.

This means our B team plays in the second division and this is a great stimulus for us. We didn’t have that in England and for Benfica it’s a great advantage to have the boys playing in there.

And last season the FA also launched an U23 competition. Before that, we only had U19s and the B team, but now we have this middle stepping stone. It’s a great stimulus for our boys that are not yet on the B team level.

We feel they will benefit from the experiences of a stronger league, because it is also open age, meaning you play against older players as well, although the number is capped.

We can have the best scouting, the best player development and all of the resources in the Academy, but if we don’t open the opportunities for them to play in the first team at Benfica or in professional football somewhere else - if they are ready and good enough - then the realisation of all the investments and efforts don’t happen.

There are great Academies working across the world, but it’s a difficult step to break into the first team. The expectations are high and everyone is under pressure to win.

At the moment, we are really fortunate to have a head coach (Bruno Lage) who made all of the journey with Benfica’s Academy (he previously coached the U15, U17s and Benfica B). 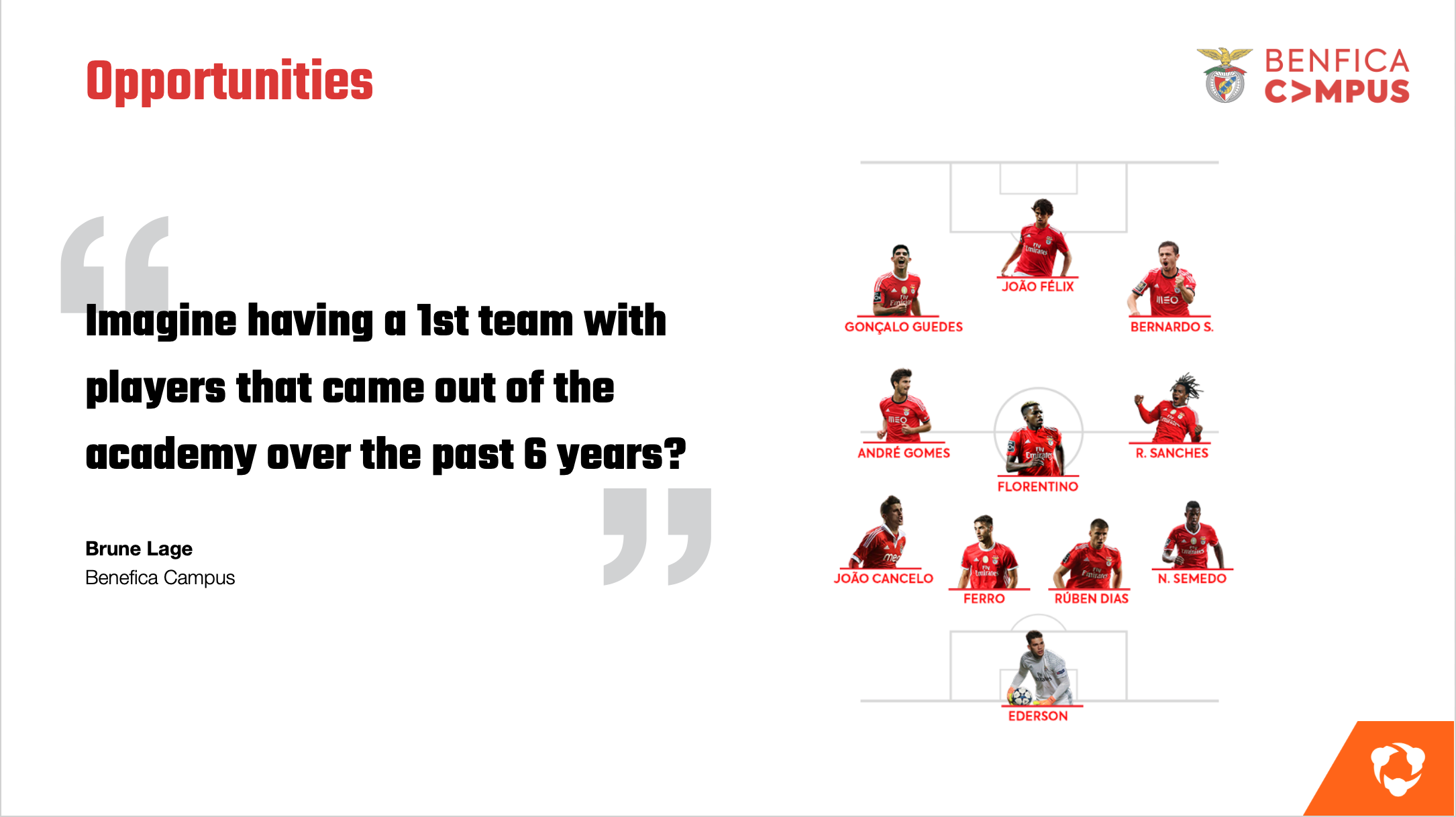 He joined the first team last season and did great, winning the league. This is important, because at first-team level at Benfica it’s about winning titles, for sure.

If you look at the players who have come out of Benfica’s Academy over the last few years, it’s not a bad XI! Those opportunities are created off the back of great communication - the connection from the first team to the Academy, the feedback from the Academy to the first team, and we get total support from the President (Luís Filipe Vieira Ferreira), who started this vision 12, 13 years ago by opening the training ground and always promoting the development of the Academy.

It’s a long-term process. It started a long time ago, and maybe over the last five years we have seen strong, strong results in terms of players.

Sometimes when you are in the Academy, you say ‘they don’t take our players, they go and buy another one’. We need to understand the challenge and difficulties of building a senior team, but we always prefer to think that if we produce good players here then they will knock on the door and get in the first team.

That’s why it always works so well at Benfica - the connection is there.

(The Hudl Elite Webinar Series is host­ed by indus­try-leading speak­ers and inter­nal Hudl per­for­mance con­sul­tants. It gives insights into the world of video analy­sis and recruit­ment, as well as edu­cating on the pow­er of Hudl Sportscode and Wyscout.)