People work hard for a team. They work even harder for a team that feels like a family.

UNDER the old-command-and-control style of management, soft skills were regarded as just that: soft.

Keep your private life to yourself. Don’t get too close. Never reveal a weakness. Do as you’re told.

Many of today's most successful managers realise the folly of this approach though, and employ what Professor Damian Hughes describes as “relationship-based leadership”.

Mo Salah has described his relationship with boss Jurgen Klopp as a friendship, while Mauricio Pochettino argues: “Nowadays the more human leader is the one that is successful. The iron fist is a thing of the past.”

As Hughes outlines in his excellent new book 'The Barcelona Way' (from which the quote at the top is taken), the family bond at Barcelona was key to the club's success under Pep Guardiola.

Lionel Messi described it as “a dressing room that functions above and beyond sport" in which "everyone gets on very well together at a human level.” 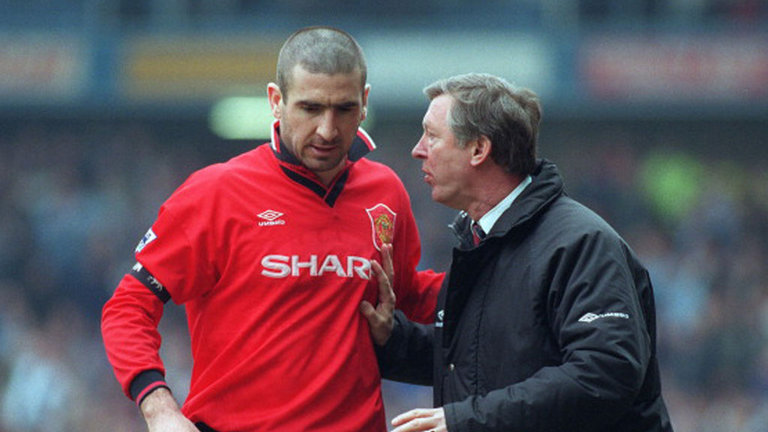 READ MORE: How to manage a maverick

"I want my team to have a real emotional intelligence. They do care about each other and they should care about me, I believe. As a manager they should want to do well for me.

I’ve told them about my family, my kids, what they mean to me. My father is not very well at the moment, bless him, he’s on the way out. Life is short and football careers are even shorter.

I always speak to them and will say, ‘before I speak to you about your performance today or your data, is everything alright at home?’ Because you don’t know what someone’s had at home, you don’t.

One of the lads was talking about their two-year-old kid and the lads said we didn’t even know he had a kid. I said ‘how can you not know your team-mate has a child?!’ It’s amazing.

That’s the way I like to look at it. I’m not saying it’s the right or wrong way, but success or not, it’s the way I want to run the club.”

"I want my team to have a real emotional intelligence."

I text the players individually and we have 30 WhatsApp groups, one for every player. It’s the only way we can be in constant contact. It means that every single minute of the day I know what players are doing.

You’ve got to build relationships. We’ve got this new culture now and for me to know every facet of my players’ lives is important.

Modern-day coaching is about relationships so I need to know every little thing that will make my players tick.

How am I going to get more out of our best players, from Fran Kirby, Lucy Bronze?"

LESSONS OF THE PAST

Fabio Capello was a hugely successful manager who won titles with AC Milan, Real Madrid, Roma and Juventus. However, his autocratic style often seemed unsuited to the modern player.

Former striker Dean Ashton recalls his first encounter with the Italian, which happened after he was called into the England squad in 2008. Ashton hadn’t worked with the Italian before and didn’t have any kind of relationship with him.

“I was called in to see him and he said, ‘Teeny, tiny problem’," Ashton remembered. "He turned to his translator, said something in Italian and patted his tummy.

“The translator said, ‘Fabio would like you to lose a bit of weight on this trip.’ To hear the England manager ask me to lose weight on that trip - not just in general - it was almost like a test. It really put me on a downer and showed me his mentality and how he treats the players.”

Even Gareth Southgate, who is now lauded for his emotional intelligence, has admitted he didn't always get it right. He recalled the aftermath of a European game for Aston Villa in Bordeaux when he had screamed at Stan Collymore, "you were a fucking disgrace”, only to later reminded himself that the striker was being treated for clinical depression and he could have been more understanding.

Unlike Capello, Southgate's management of the England team has been characterised by openness and understanding and he’s encouraged his players to share their personal stories - with him, with each other and even with the media.

During the World Cup, full back Danny Rose spoke movingly of his personal battle with depression, which would have been unimaginable under past regimes.