Paul McGuinness: Why the lessons of Eric Harrison will live on

Harrison worked for United for 27 years

TODAY is a very sad day, but Eric Harrison will live on, through the players he taught and the coaches he mentored.

Eric is a very, very important coach in the history of Manchester United and beyond. Every day I’m influenced by his standards and lessons in my role as National Coach Developer with the Football Association.

So too are the likes of Paul Scholes, Phil Neville, Nicky Butt and Chris Casper, who were all taught by Eric and now have important roles in the game. He influenced and inspired them all and his messages will be passed on to their players and coaches too.

Eric was fundamental in my career as both a player and then for many years as a coach. I can still vividly remember the moment I convinced him I should get a first pro contract with Manchester United.

We were playing 6 v 6 on a full-length pitch at The Cliff with no goalkeepers. You could only score if you were inside the six-yard box, which made it a real test of character. A player on the opposition team broke free from deep and I chased him all the way back and slide tackled him before he was about to shoot.

Eric stopped the game. “Now that is what we want.” That got me a two-year contract at the age of 17. 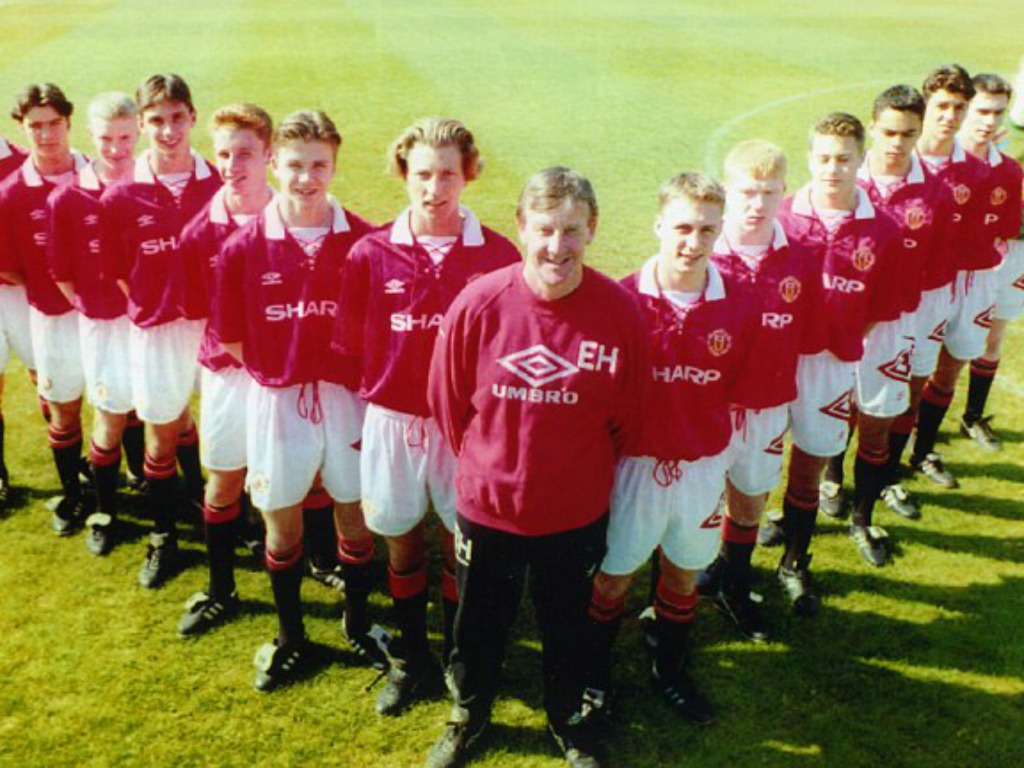 Eric taught us so many fundamentals as players: to be dedicated, to live our lives properly, to practise, to play for the team. I can still picture a lot of the things he showed us and hear the things he said. Sometimes it was like a Eureka moment, opening up a new concept in your mind.

The messages were clear and simple but made a big difference. Things like looking over your shoulder before coming to receive the ball. He’d have us doing that every single day and it became automatic.

Look at someone like Paul Scholes, one of the greatest central midfielders ever to play the game, and how he’d scan the play before receiving the ball. That was crucial to his game and you could trace it all the way back to the sessions he'd had with Eric.

Or your movement before receiving the ball as a forward; how to spin and lose your defender before going in behind.

He’d do silent football for half an hour, which added an extra dimension in terms of game understanding and decision making. I remember one of the younger coaches watching this and saying “So when are you going to start your coaching Eric?” If looks could kill…

Eric was a strong and tough coach, because he was trying to prepare us for the realities of first team football.

At away games, he could be an intense presence on the touchline. At home games, he used to sit in his office at The Cliff and look out onto the pitch through his window. Now and again you’d hear this almighty banging and you’d think the glass was about to come out!

He'd seen something he didn't like and wanted to let us know about it. If his face wasn’t in the window when you looked up, you’d worry he was on his way down!

Eric instilled values in his players, almost like a parent.

There were football values - like never pulling out of a tackle, concentrating, playing as a team - and also the life values, of having discipline and so on. He even reminded the younger lads about things like remembering to look both ways before crossing the road.

You always felt that Eric cared about you and was trying to develop you, even if he was being hard on you.

After that first playing contract I ended up going to Loughborough University to study sports science and my return to United happened almost by chance. This was the time of the Fergie Fledglings and I popped into the training ground one day to say hello.

"You could have played for the reserves last night," Eric said and I ended up playing the next few games for them. It went from there and Sir Alex Ferguson gave me another contract for a couple of years.

I went on to Crewe Alexandra and Eric got me back in at United after that, first as the club's welfare officer and then as Centre of Excellence Director. He was a constant mentor and you couldn’t help but learn from him.

The Class of 92, Eric's most famous team, played fantastic football, which became the foundation for how they played in under Sir Alex during that incredible era.

The reserves boss, Jim Ryan, was also a great foil for Eric. After learning the fundamentals with Eric, Jim added some sophistication - the final finishing touches ready for the first team if you like.

Eric went on to become assistant manager to Mark Hughes with Wales, but he'd come in to help me at United by coaching the Under-16s in the evenings. So many players benefitted from his experience and expertise over the years.

Personally, I have so much to thank Eric for and I'm very sad today, because I feel like I’ve lost a chunk of my life. My thoughts go out to his lovely family, who we got to know very well. I'm sure that Eric's lessons and standards will live on.

Paul McGuinness worked for Manchester United for 23 years and is now National Coach Developer with the Football Association.