PAUL BALSOM, the highly-experienced Head of Performance Innovation at Leicester City, says a rare alchemy has taken the side to heady heights in the Premier League this season.

The verve and new ideas of Brendan Rodgers and his assistants have been combined with the experience and expertise of a core backroom team that has been together at the club for more than a decade.

“What has happened is really interesting, with Brendan bringing in four new members of staff,” says Balsom, who is also Performance Manager for the Sweden national team and Head of Innovation for Belgian side Leuven, in the latest edition of the TGG Podcast.

“It has worked so well, because he has brought in a competent staff and they have shown total respect for the continuity that was already at the club.”

Into the mix have come Rodgers and assistant Chris Davies, first-team coach Kolo Toure and fitness coach Glen Driscoll, who all arrived at the King Power in February, and analyst Jack Lyons, who moved down from Celtic to join them in the summer.

“The current model at Leicester is absolutely spot on,” Balsom adds in his hybrid English-Swedish accent.

“The first couple of times I came in and saw the new management, there was something very different about training. There was a sharpness and attention to detail that was very fresh, I could see that immediately.

“We have a manager with a very strong philosophy, strong values, very transparent.”

The result is third place in the Premier League and a 9-0 win over Southampton in their last league outing, although Balsom suggests the club are still punching above their weight at the moment.

“I still don’t feel Leicester are a big top six team at the moment," he says, "although we are knocking on the door to get there. It means you need that cohesion in your staff, so they are all collaborating together.”

ROCK BOTTOM IN LEAGUE ONE

Balsom, who grew up in Torquay and attended University in Sweden in the early 1990s, arrived at Leicester just after they had been relegated to League One in June 2008. Ironically, they had been sent down by Southampton, for whom Balsom and new manager Nigel Pearson had been working at the time.

From the outside, things may have looked bleak but, in the words of JK Rowling, rock bottom became a solid foundation on which to rebuild.

“Day one at Leicester was myself, Nigel, Craig Shakespeare and Steve Walsh,” remembers Balsom, whose title was Head of Sports Science and Performance Analysis. “Looking back, that was a memorable day, because we went on to build a good relationship over a long period of time.

“Nigel also bonded quite quickly with Dave Rennie, and we were all close. The thing I will always thank Nigel for is the support he gave to me and to the sports science, medical and performance analysis staff.”

Pretty soon, a juggernaut was in motion. Leicester won League One in Pearson's first season, 2008/9, and the following year King Power, owned by the late Vichai Srivaddhanaprabha, took over.

Resources and ambitions increased, while the commitment to science and innovation remained. Balsom was reminded of this recently when he came across a presentation that was delivered to staff shortly after the takeover.

“This particular slide was titled, ‘a journey to the Premier League and beyond. We had very high expectations. 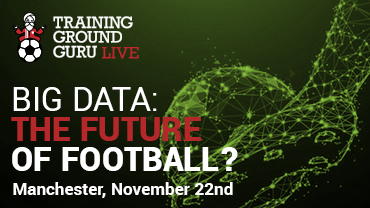 READ MORE: Paul Balsom will be speaking at our Big Data event on Nov 22nd

“Nigel was very clear to the owners that science, medical, performance analysis was an area we wanted to invest in. If you look at the longevity of the staff over the last six to eight years, there is a core group that has been there for a long time. That reflects on the club and the owners.

“They have put their belief in the staff and hopefully we have been able to pay back with some level of success.”

After four seasons in the second tier, promotion to the Premier League was achieved by winning the Championship in 2013/14. Then there was the ‘Great Escape’, when the Foxes became the first side to beat the drop after being bottom at Christmas, and Pearson's controversial sacking at the end of the season.

Despite this, the owners resisted the temptation to make wholesale changes to the backroom staff.

“When Nigel did leave and other managers came in, they were told they were not allowed to bring in a large number of staff,” Balsom explains.

History will remember 2015/16 as one of the most remarkable seasons in English football history, with the 5,000-1 outsiders winning the Premier League, yet it wasn’t always plain sailing behind the scenes.

“Certainly in medical and sports science, we had some quite strong views that didn’t really match the way he had worked before, but we found a way to make things work.

“One of the things was the periodisation of the week. We were used to having match day plus one when the players weren’t required to report to the training ground.

“And in a normal Saturday to Saturday week, they were also off on match day minus three. This was something I don’t think Claudio had experienced before. Also, the Italian way was double sessions.

"It was a case of us being able to justify the reasons why we thought that had worked.

"Certainly, looking at our injury stats, they were very low and we had very high availability.

“It was just finding that common ground. And while this was going on, we were winning games. Claudio was smart enough to realise that and understood that and his initial fears, of maybe not training enough and (not doing) double sessions, we were looking fit and strong and had very low injuries and were winning games.

“It didn’t become an issue for very long.”

INNOVATING FOR THE FUTURE

Many say Leicester's feat is one that will never be matched - and they may well be right - but the club's ambitions haven’t ended there.

As Balsom's Powerpoint slide said, ‘to the Premier League and beyond’. Within the next 12 months, the Foxes will move into a new £80m training ground which the owners insist will be the best in Europe.

Balsom has been heavily involved with planning the spec for the new facility and admits “in terms of tech, there is a lot going on”.

“The performance analysis facilities don’t need to blow us away from day one, but we need to build a platform that’s very functional and will allow us to move with the times,” he adds. 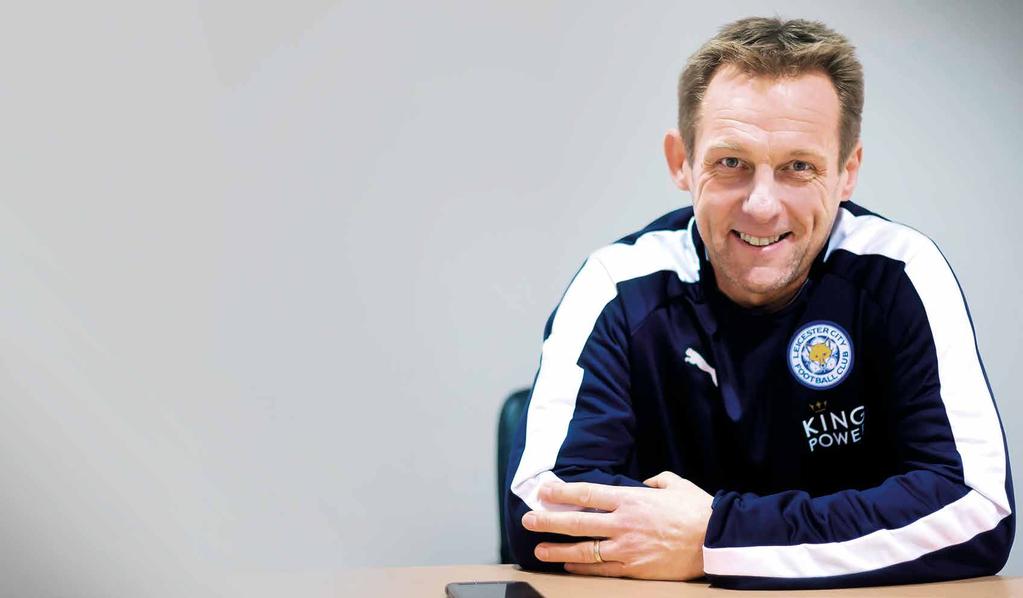 Like Balsom, Sormaz will be presenting at our Big Data event on November 22nd in Manchester.

“Credit to the owners again, and the Director of Football, because we were fortunate to be able to bring in a Head of Football Analytics," Balsom says. “We had three very strong candidates and brought in Mladen, who has a very strong background.

“I probably get three emails a week from analytics companies. I can now forward them to Mladen, because the knowledge he has in that area is really impressive."

When asked where he thinks the biggest changes will be in performance in the next few seasons, the Englishman focuses on the way analysis is delivered to players. He says this will become more individualised, more engaging and more efficient.

“So a player may be able to walk into the analysis room with face recognition. The whole landscape of the room will change when it recognises it’s Player A, who likes stats, for example.

“But I also work with players who don’t spend a lot of time debriefing their own performances, who I would call more artists.

“So trying to find ways to accommodate them is important too. It’s about trying to understand different learning styles and giving the feedback that is best suited to each player.”

It will also be important to give this information “as efficiently as possible, so we don’t have analysts trawling through hours and hours of video footage and data.” 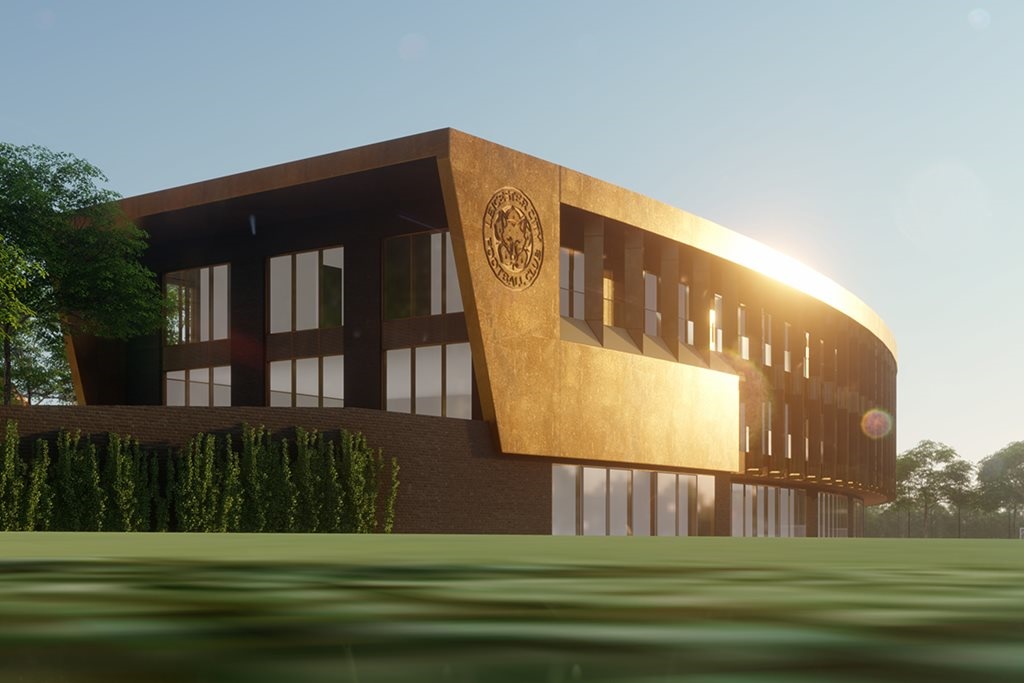 This is where machine learning will come in. Despite all these developments in data and tech, however, Balsom believes man-management and on-field coaching will remain important.

“For me, the successful coaches of the future will be able to understand the advancements of technology, ask the right questions of data and then still be able to do the job on the grass," he explains.

“In the relatively small amount of time I have left in football, I don’t think that will change.”