The answer is Dr Brian Moore and his eight-year-old company Orreco. Moore is cheerful and unassuming, but could potentially become one of the most influential figures in sports performance over the next decade (although you suspect he’d cringe at such a description).

Ever since he was a PE and sports science student at St Mary's University in Twickenham, Moore's passion has been to find out what goes on "under the hood” of elite athletes.

His company, Orreco, marries data and sports science with machine learning to find out exactly what is going on inside the bodies of players, allowing them to individualise their training and preparation.

By looking at factors including sleep, GPS, immunology (this is where NASA comes in), nutrition and biomarkers, teams can get "advance warning of illness or injury risk, sometimes 48 hours before a muscle tear that can keep a player off the bench."

If you consider that keeping players fit has been shown as THE biggest factor in a team's success - and that injuries cost Premier League clubs hundreds of millions of pounds every season – you can see why Orreco are such a big deal.

This is how the firm has evolved:

Moore originally wanted to become a PE teacher, but became obsessed with what set elite athletes apart during his time as a student at St Mary's. Haematology - the study and treatment of blood - provided a lot of the answers.

It was during this time that he began to work with long-distance legends Moses Kiptanui and Sonia O'Sullivan. Indeed O'Sullivan has credited Orreco with prolonging her career.

“I used to train around much of the old-school philosophy – the more you train, the faster you run,” she said. “This works to a certain point, but then you come crashing down. The analysis and marginal gains I got from Orreco did in some way resurrect my career, helping me win Olympic silver and still set Irish and world records.”

After a stint working with researchers at the Australian Institute of Sport in Canberra (he sold his possessions to fund the trip), Moore returned to complete a PhD in the haematology of elite athletes at Brunel University and focused on biomarkers. 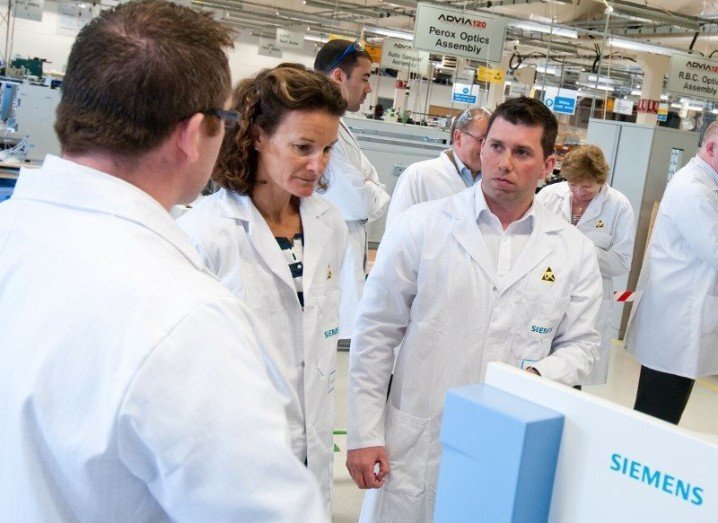 A biomarker is described by the World Health Organisation as “almost any measurement reflecting an interaction between a biological system and a potential hazard, which may be chemical, physical, or biological."

Under the guidance of Professor Craig Sharp, Moore became a leading expert on biomarkers and went on to work with Team GB athletes at the Athens and Beijing Olympics. A year later, he set up Orreco with Dr Andrew Hodgson, a consultant haematologist. Hodgson is now the company's clinical director.

Blood testing is still key in the monitoring of athletes - but even this has evolved since the early days of the company.

Moore explains: "In the last two years we’ve developed a little point of care application, a pin prick test, that allows you to be tested every couple of days just to see how you’re adapting to the load. We have a global network of laboratories through the UK, US, South Africa, New Zealand that get results processed in real time, so we have a direct feed into the hospital system and can get the results back quickly.

"During the season we would do full samples, like when you go to the doctor and get blood drawn from your arm, and look at things like your immune system, iron levels, vitamins and minerals. The second part is to use our algorithm to learns about each athlete individually, which is very interesting."

Dr Paul Catterson, head of medical services at Newcastle, has said: "Monitoring the biomarkers of our squad gives us added information about how each individual is responding to both the training and match load. Orreco provides us with rapid, reliable results."

Moore realised he needed to look at more than just haematology and biomarkers in order to achieve his goal of truly finding out what goes on under the hood.

"I wanted to fuse this with analytics for the full picture," he explains. "So we added in GPS data, nutrition, performance tests, match stats, sleeping, travel schedules and more. All of this has an impact on an athlete.

"When you start using this data as well, you can build models of performance. You can individualise training, eating, sleeping and recovery plans." 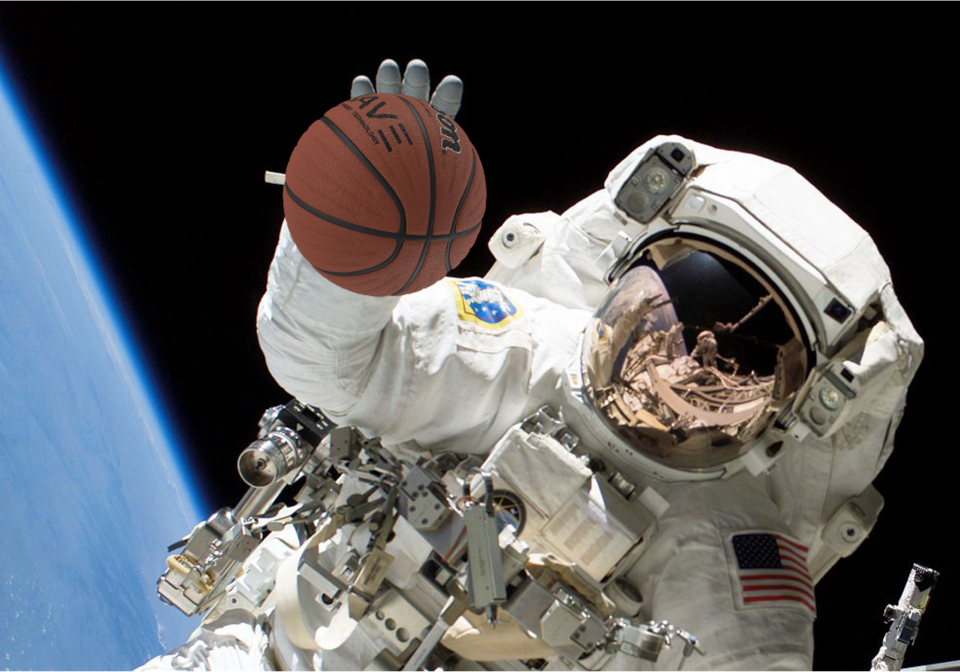 Orreco partnered with Dr Richard Simpson’s NASA-funded research team at the University of Houston last May so immunology could be brought into the mix as well. Simpson's team collects blood, saliva, and urine samples from astronauts before they go onto the International Space Station, and their research focuses on the effects of exercise, age, and disease on human immune function.

To make sense of the plethora of data, you need analytics experts, so Moore partnered with the Insight Centre for Data Analytics (NUIG Galway, Ireland), where world-leading biostats expert Professor John Newell leads Orreco's data science programme. Now CEO Moore has "eight data scientists, all at PhD level", led by Professor Newell. They operate as a support team behind the performance staff of the professional teams: people like Jamie Harley, the head of sports science at Newcastle, who is working with advanced datasets and analytics.

Moore adds: "A lot of teams are coming to us now to ask ‘we have so much data, how can you help us dig into it?’ You really do need PhD level statisticians and computer scientists to be able to do that.

"Our data scientists use powerful programmes to drill into the GPS data. Rather than just getting the general numbers, they analyse the raw data and help find hidden signals. There is now so much data being produced in pro football that sometimes it’s difficult to find the signal in the noise. That’s where we come in."

In September 2015, Orreco announced a partnership with IBM to incorporate 'supercomputer' Watson into its applications. We wrote about Watson and 'his' ability to process 67 million pages of text in a second back in February.

Mark Cuban, owner of the Dallas Mavericks (an Orreco client), says machine learning is where the elite sports industry is heading: "Artificial Intelligence is going to kick analytics' ass all over the town," he said.

Moore agrees (in a rather more understated way): "We believe machine intelligence, things like deep learning and neural networks, that’s the future for soccer."

Watson's capacity for processing information has amplified Orreco's data-processing abilities, allowing it to analyse unstructured data like training logs and also rapidly review scientific literature and research papers. Its Watson-powered platform takes into account the full range of factors that can affect athlete performance and is already being used in the NBA, with a football version soon to be launched.

Moore explains: “Using machine learning, we have found signals in the data that are consistent when an athlete has performed well or reported fatigue. It’s about linking all the data together, breaking it out of the silos. We’ve built a system incorporating everything in one place to interrogate it.

“This can give advance warning of illness or injury, sometimes up to 48 hours before a muscle tear can keep a player off the pitch or on the bench.” 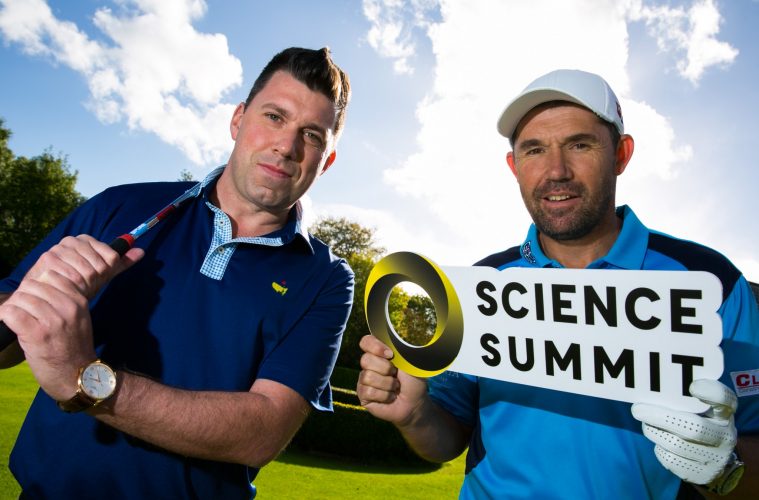 There has been significant outside investment in the firm, with $2million from True Ventures, the Silicon Valley venture capitalists (and first investors in Fitbit) coming in February, as well as former Amazon VP Tom Killalea joining the Orreco board. Expansion has also meant the firm switching its main headquarters to LA, although it still retains offices in Sligo and St Mary's University.

Golfers Padraig Harrington and Graeme McDowell are also investors (as well as clients) and Keith Wood, the former Irish captain, British and Irish Lion, and world player of the year, is an executive director.

With other clients in the NBA, NHL and PGA Tour, the firm is clearly becoming big news in pro sport. But Moore says it won't stop there.

“When you start using this data and getting predictive analytics, you can build models of performance and scale that in professional sport,” he says. "But not only in professional sport. I see the opportunity to create solutions to help the amateur athlete prepare for their next 10k as well.”

ENGLAND Under-18s coach Kevin Betsy has been appointed as the new U23s boss at Arsenal.

NEWLY-PROMOTED SC Cambuur hope a new platform that fuses computer vision and sensor technology can help them bridge the gap with the big boys in Holland's Eredivisie.