Nottingham Forest: Putting GPS in the hands of the players

GPS, which used to be the preserve of the pro teams, has recently become mass market.

STATSports’ Athlete Series was launched in August and enables anyone to “track like a pro”. Just like Paul Pogba and Neymar, amateur players can put on a GPS vest incorporating the market-leading APEX pod, enabling tracking data to be sent direct to their smartphones.

There are at least 14 metrics, including distance covered, number of sprints, top speed and heart rate, and data shown can be presented in heat maps and on leaderboards. This means you can compare your performance with other athletes.

The potential at grassroots level is clear, although Nottingham Forest sport scientist Nathan Beardsley says there are also benefits at elite level. Using the Athlete Series, Beardsley has been able to monitor the performance of Forest players when they're away from the club.

“We use the APEX Team Series for the first team, which is the gold standard,” Beardsley told TGG. “It enables me to download 36 units after a training session, with a sophisticated platform to manage it.

“The Athlete Series comes into play when players are outside of that system. When Tendayi Darikwa went off to play for Zimbabwe during the October international break, they didn’t have GPS monitoring.

“He was able to take a vest and unit with him, which downloaded straight onto his phone. He then had that immediate feedback and could screenshot his data straight back to us so we knew what he’d done.

“And because we have a little bit longer off during the international break, other players want to go away and do some extra work. 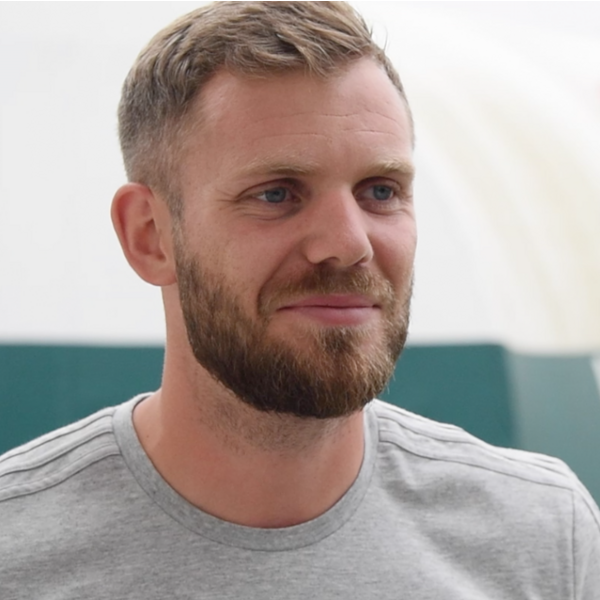 "Using their phones, they're able to monitor what they're doing and get feedback straight away.

"We can make decisions throughout those small time periods - ‘do a bit more of this’.

“It will be the same during the off season. We give them programmes to follow and now they can monitor and manage their performance, so that by the time the time they come back for pre-season they’re good to go.”

Beardsley, who has been with Forest since July 2012, can also clearly see the benefits for grassroots players, who will now be able to get access to the same tracking data as the pros.

“Muscular injuries are huge in Sunday league football,” he said. “With the Athlete Series, you can start to look after your hamstring health.

“Have you hit a max velocity during the week to make sure you’re not exposed on the Sunday? If not, there’s a good chance you’ll pull a hamstring.

“With young players, many of them train on a third of the pitch, in small-sided games. With the Athlete Series, they can make sure they’re doing enough high-speed running, so that when they come to a game they'll be ready.

“Many also have a winter break and this means they can stay in shape for a contract. They can manage certain physical capabilities and have an objective data set to manage it.

As ever with GPS, Beardsley warns that context is key though.

“You need to be contextual. You don’t want pushy parents quoting ‘this is why my son should be playing’.

“You need to know what data you’re looking for and why. For me, GPS is a conversation opener, not the be-all and end-all. It’s a tool and measures what you do, so use it to your advantage."