NORWICH’S new sporting director, Stuart Webber, has appointed heads of UK and European scouting as part of his revamp of the club’s recruitment.

Chris Badlan joins from Wolves, where he was head of emerging talent, to spearhead the Canaries’ European scouting network. Kieran Scott, Rangers first-team scout, is to become head of UK recruitment.

Webber joined Norwich at the start of April and quickly made his presence felt by sacking technical director Ricky Martin and recruitment chiefs Lee Darnbrough and Tony Spearing.

The 33-year-old knows Badlan and Scott from his time at Wolves, where he was head of recruitment.

Scott was head of academy recruitment at Wolves before moving to work with Mark Warburton at Rangers at the end of last year.

Badlan had been head of emerging talent at Molineux since October 2015 and prior to that was technical recruitment officer at the club. 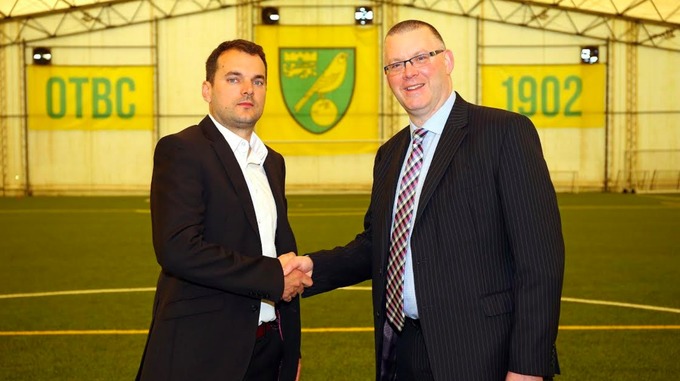 Webber has made it clear that improving Norwich’s recruitment is one of his key priorities.

After being appointed, he said the club had had “three or four bad transfer windows and I think we’ve reached a tipping point and have got to turn that around.”

Webber aims to appoint a head coach within “two to three weeks” of the last game of the season on May 7th.